Real life, and then some: Cincinnati-area schools tapping power of augmented reality 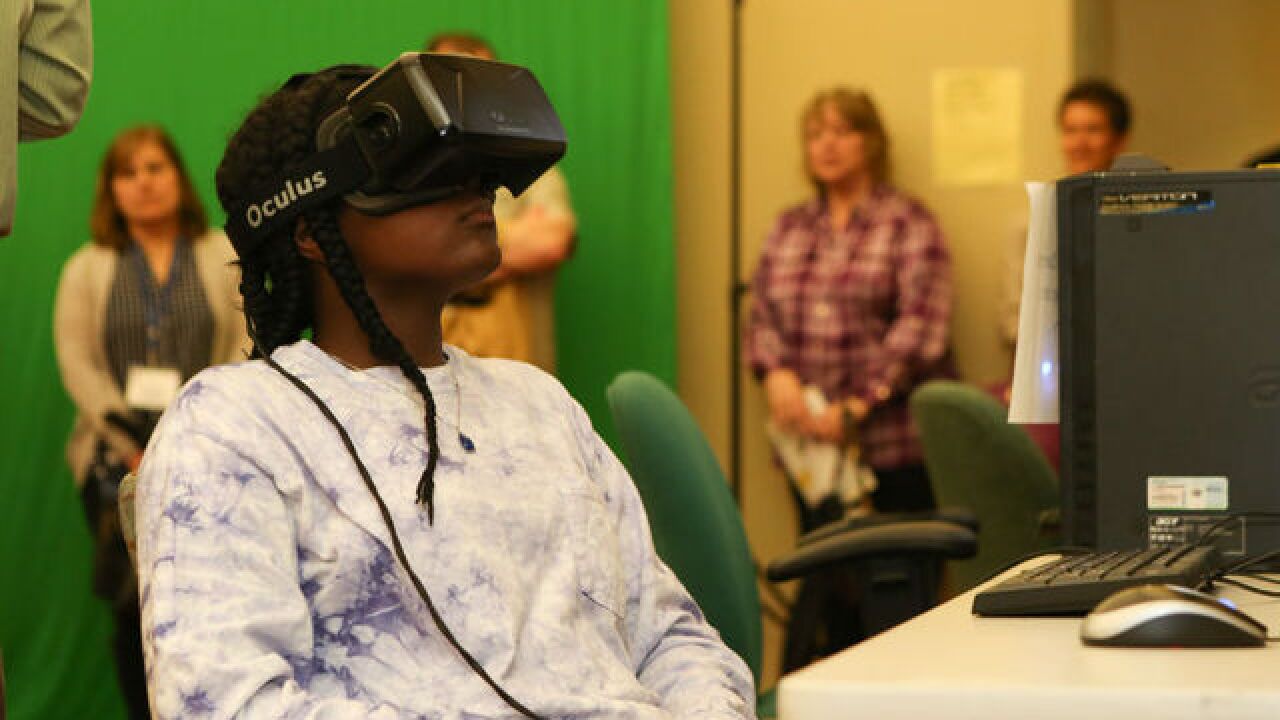 Some students in Tri-State schools will find in the coming school year that augmented and virtual reality can be used for learning, too.

The technologies are relatively untapped in the world of education, but that’s changing as educators explore their real-world learning applications.

Augmented reality allows people to interact with their own world in a way that is different or modified. Virtual reality takes people into a different world and allows them to explore that area.

“We’re just kind of starting out, getting into it,” said Andrew Wheatley, instructional technology facilitator for Sycamore Community Schools.

Students in computer science classes at Sycamore High School will build an app that uses a virtual model of their building to create a scavenger hunt to help new students explore the facility.

Computer science teachers also are in the initial stage of forming partnerships with local municipalities. Those partnerships are expected to lead to more augmented reality projects.

Junior high students will have a virtual reality-capable computer built by pupils in one of the district’s summer STEAM -- science, technology, engineering, art and mathematics -- camps.

The plan is to use the machine along with HTC Vive virtual reality equipment and Google’s Tilt Brush software for 3-D art and painting. Students could paint in 3-D then print their creations.

Educators hope to reach a wider variety of students by incorporating the virtual reality equipment into art classes, rather than offering it through specific electives. The equipment will be in the school’s media center to make it more accessible as well.

“Generally speaking, at Sycamore, we try to do the best we can to have these things available to all students,” Wheatley said.

He and other educators in the district still are planning how to integrate the technology into the learning environment, but they hope to incorporate it into various STEM classes.

“We’re trying to figure out different ways to get more kids to experience this,” Wheatley said.

Teachers in Hamilton City School District also are exploring the possibilities of augmented and virtual reality for educational purposes.

In the district’s teacher academy class, which gives youths an early look at education careers, students already are using Ricoh Theta cameras. Using the cameras, students can record 360-degree video when delivering instruction to their classmates, so they can later analyze the lesson.

“You can actually see, it’s like you’re right in the middle of the classroom,” said Zach Vander Veen, technology director for Hamilton City Schools.

Student teachers have long been recording their lessons. But with traditional cameras placed in the backs of classrooms, they were limited to reviewing only what could be seen from that perspective. In contrast, the “immersive experience” created by the 360-degree recording allows pupils to identify engagement levels for an entire classroom, Vander Veen said.

Some teachers are using technology like Samsung Gear and Oculus in geography lessons to take students on virtual visits to places like Egypt or Paris.

“You can communicate more abstract and complicated concepts … and actually see concepts in a more 3-D space,” Vander Veen said.

As with Sycamore, Hamilton teachers are still in the exploratory phase of integrating augmented and virtual reality into classroom learning. But, when it becomes easier for teachers and students to create content, schools could begin to see a wider implementation of the technologies, Vander Veen said.

“I really do think this is an area that’s worth paying attention to,” he said.