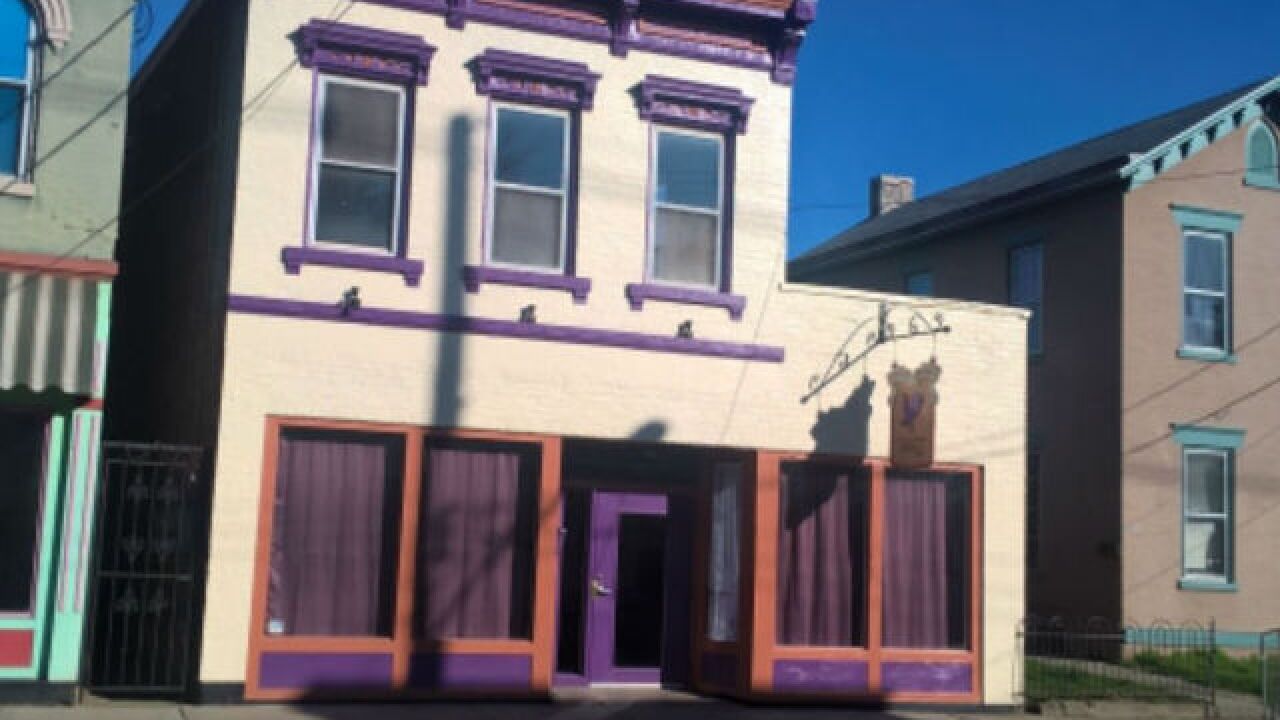 <p>Purple Poulet, a restaurant serving Southern and French cuisine, opened in March in Dayton, Kentucky. Proprietor Rick Zumwalde decided to take a chance on the river city of 5,000 people because he liked what the future seems to hold. Provided </p>

DAYTON, Ky. -- “Surely some revelation is at hand.”

W.B. Yeats first said that in his poem The Second Coming, a mystical and allegorical reference to the turning of time. He hadn’t visited Dayton, Kentucky, a river city nestled on the curve of the Ohio River just east of Cincinnati, but those words are appropriate for what’s taking place there right now.

“We’re at that point where everything is starting to fall into place. It’s exciting to be a part of it and exciting to plan it,” said Michael Giffen, city administrator for Dayton.

“I definitely looked at it as a gamble, but I really feel like over the next few years what’s going on in Bellevue will trickle down to Dayton,” said Rick Zumwalde, proprietor of Purple Poulet. “With everyone’s efforts, I really believe that.”

Even the story of how Purple Poulet ended up in Dayton is indicative of the growth in the city.

“We were looking around Northern Kentucky for a spot. We were in a place in Bellevue when Joe Neary, a city councilman in Dayton, said come down and see what we’ve got,” Zumwalde said. “We’ve been open for right around a month, and business-wise, everything’s been great.”

“We’ve seen a huge influx of businesses,” Giffen said. This is due to CCAP, the Community Commercial Action Program. The program offers features including rental abatement, structural improvement for major issues, a signage grant for new and existing businesses to have projecting signs, and help with occupancy by reimbursing up to 10 percent of the purchase of property for a business.

“We cut vacancy in half in our first year,” Giffen said. “We don’t want to compete with Bellevue, we want to create our own unique environment. We want businesses that wouldn’t necessarily need walk-in traffic. We also wanted it to happen organically.”

“I think I was one of the first to sign up for the incentives, but a couple of other places opened before me because the renovations I did took some time,” he said.

Dayton has an advantage over some other urban cores in having two parking lots with a total of 30 spaces in its business district that are free to the public.

Not just anyone can walk up and get approved to open a business in Dayton.

“We’re being very selective in terms of weeding out people without business background,” Giffen said. “We want to see businesses come in and succeed.”

There are also plans for a new city building at Sixth Avenue and Berry Street.

“It could be two years, it could be eight to 10 years,” Giffen said. “In a perfect world, that’s where I’d put a Red Bike station, but I would hate to have to move it.”

The challenges facing the city are similar to those in other areas experiencing re-urbanization. Dayton has a unique challenge in Route 8, the main thoroughfare in town.

“The city as a whole has done a good job of planning,” Giffen said. “But Route 8 is a beast in and of itself. We can’t widen it, so we have to be creative, along with Bellevue and Newport.”

He said one proposal for moving traffic in and out of the city more smoothly is a roundabout where Dayton and Bellevue meet. He would also like to see a distinct entrance into the city, but that is further into the future.

An Eastern Corridor bypass could benefit the city and has been proposed by some Northern Kentucky businessmen, but what that would look like if and when it ever happened is unclear.

“If something could be done off 275, I’d be for it,” Giffen said. That would give the city another conduit in and out, coming up from Fort Thomas.

Still, projects like the Riverfront Commons trail will help connect the city to Newport and Downtown, which is important given the emphasis on walkability by people looking to move to urban cores.

“We’ve been fortunate to have some money to make these things a reality,” Giffen said.