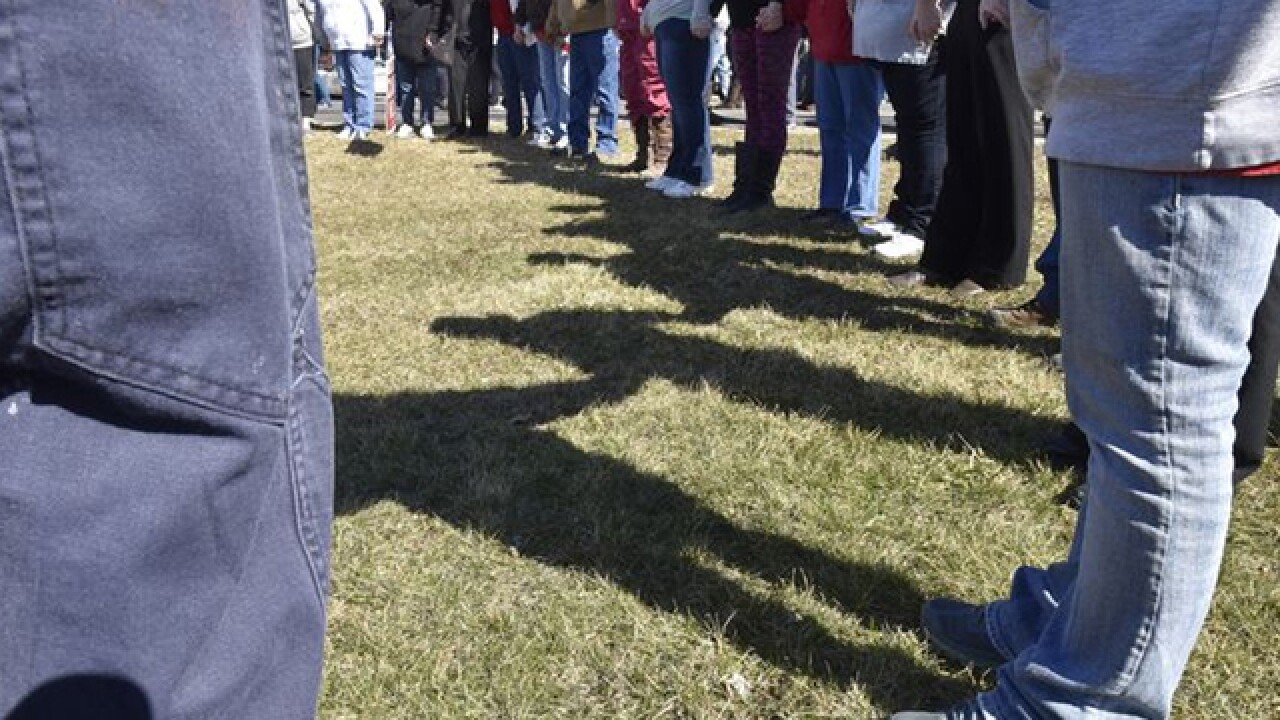 CINCINNATI – Empty threats of school violence are popping up like mushrooms this early spring following a school shooting in Madison Township that came without warning.

What's behind the threats and how can they be prevented?

School leaders, police departments and certainly parents are scrambling for answers to prevent new threats and subsequent anxiety and loss of school days that make learning much harder.

One nationally recognized expert on youth violence has a provocative suggestion to help reduce the problem.

"When schools do dismiss and lose school time and school days, they need to let students know that this time is going to be made up," Scott Poland, a Nova Southeastern University professor, told WCPO. "That three-day weekend you thought you were going to have is gone."

The policy, he argued, would deter some students from making a threat and, more likely, would motivate innocent students to report when a peer is contemplating posting or calling in a threat.

Just this month, threats in Tri-State schools have been widespread:

No bombs or bomb-making material were found in any of these instances, but the consequences are severe for the boys and the contract security guard who are charged with making the empty threats. Criminal records and possible expulsion are likely to change the course of their lives forever.

And their schoolmates miss out on class time while parents miss work or scramble to find caretakers when school is out. Maybe most importantly, children are stripped of the sense of well-being and safety.

West Clermont Schools, which dealt with the boy at Amelia Middle School posting threats and a picture of him holding a gun, recognizes the problem as a community-wide challenge.

"We have really taken the path that safety at school is everybody's responsibility – staff, students, law enforcement and parents," Superintendent Keith Kline said. "We have to work together to stay focused on our message."

Kline said his school district has to take every threat seriously, but the response is tailored to what school and law enforcement officials decide is appropriate.

In the case of the Amelia boy, parents alerted school officials about the post long after school was out. Police arrived at the boy's home after midnight and took him into custody, and school opened on time the next day, Kline said.

Poland said group decisions on how to respond are the way to go.

"The wisest decisions whether to evacuate are made by a team of people. When was the last time you were aware of a bomb going off in a school?" he asked.

Reflexively closing a school when a threat is made can be counterproductive, Poland said. "I'm sorry to say that when we cancel school it reinforces the people who are making the threats."

"It is such an unfair fight for leadership in districts because sometimes information is out there before we know about it," he said. "The focus shifts from keeping people safe to controlling social media."

"We've been spending an enormous amount of time with kids and teachers to make sure that everyone is aware of how serious the consequences are of what we say and do," he said.

The district brought in a Cincinnati Bell employee and a Hamilton County prosecutor to teach students about the severe consequences of broadcasting threats. They've also conducted bullying seminars and monthly seminars trying to build student self-esteem.

In most cases, the students threatening mass violence aren't mere pranksters trying to have fun and skip school, Poland said.

"These are kids with some pretty serious mental health problems. They're not in the band or on the girls volleyball team or in theater. They're not connected at the school," he said.

Attentive teachers and administrators can easily identify the at-risk kids who are disconnected or having family troubles, he said. The challenge is doing something to help them.

"I don't think there's any great mystery who these kids are and the problems they have. The real mystery is why we don't make schools a place they wouldn't dream of wanting to damage, schools they really like," Poland said.

Kline said West Clermont has evolved to recognize the need to look out for the psychological well-being of children as well as their education.

"In the past we have not (focused on mental health services), but as this issue becomes more apparent, we're educating our community and creating more awareness," he said.

Like other districts, West Clermont strives to link students to adults in or out of the classroom. "What we've talked about for years is it's so very critical that every child that comes into our school has a connection to an adult," Kline said.

So what about making up lost days, as Poland suggests?

Neither Hockenberry nor Kline had much appetite for that prescription for deterring potential threats.

"I'm not in favor of adding days onto the school year. I'm more about sniffing out who did it and holding them accountable," Hockenberry said.

Kline said West Clermont will continue to emphasize educating students and the community about the severe consequences of making a threat in the hope of reducing the number of threats.

"I certainly hope that we'll move past this. I do believe in making sure that we have safe environments for learning. If we're all working together we can make a difference," he said.