Race for Hamilton County Commissioner is still too close to call, but Driehaus leads 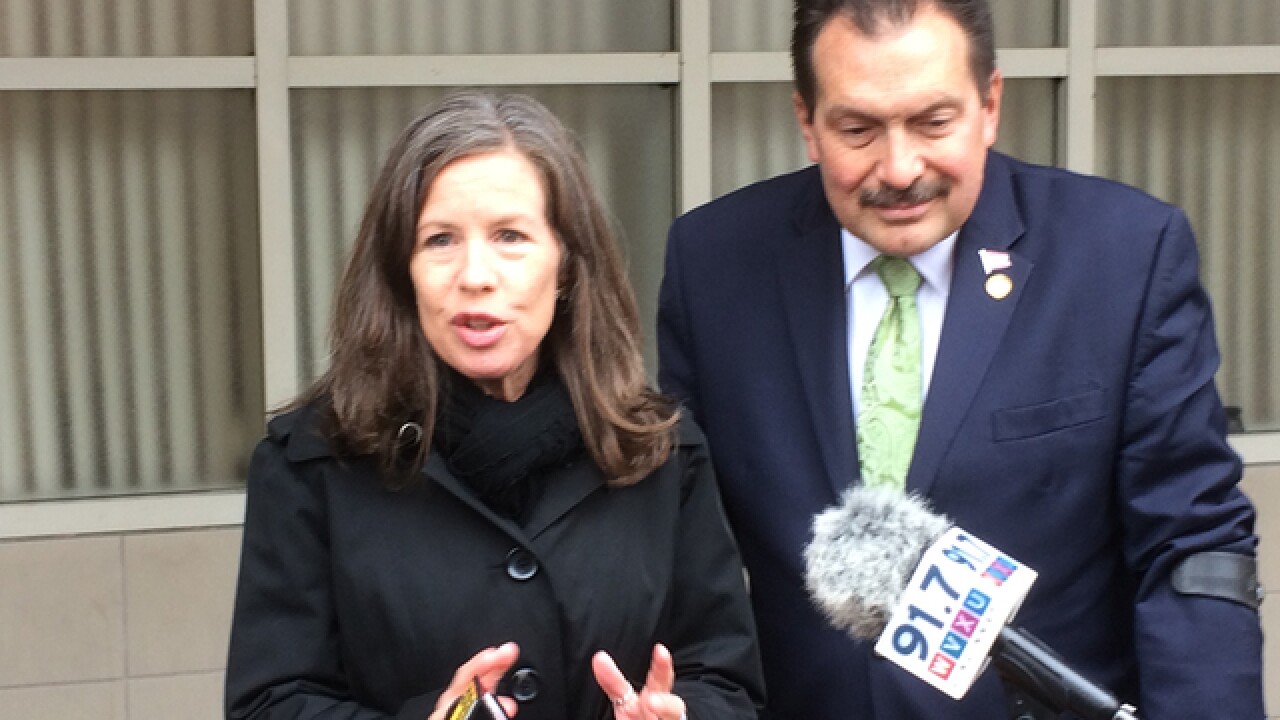 CINCINNATI – Denise Driehaus and Todd Portune gathered Downtown Wednesday to talk about all the new policies they plan to pursue now that Democrats are in control of the Hamilton County Commission.

There’s a caveat: Driehaus hasn’t officially won her race yet.

Unofficial election results show her winning the race against Republican opponent Dennis Deters but by just 1,712 votes – less than .46 of a percentage point.

While Democrats – and even some Republicans – are resigned to the idea that she’ll take the seat, official results won’t be known until November 28. That’s when 12,000 provisional ballots – votes cast when a voter’s eligibility is questioned because of things like an address change – are officially counted. If the race is still only divided by under half a percentage point, that’s when a recount will happen.

“Her lead – we’re not going to surmount that with provisional ballots,” Triantafilou said. “It’s Dennis’ race to concede but my analysis is it’s going to be very difficult.”

But Deters did send out a message to supporters on Wednesday night and didn’t acknowledge the outcome of the race:

“Thank you for your support this year as I worked to serve you on the Hamilton County Commission," he said. "It’s been my honor and privilege to serve in this important role, and to have so many of you help me in my campaign.”

If official results do crown Driehaus the winner, it will be the first time since 2006 that Democrats have control of the commission. She would also be the second woman to serve on the board.