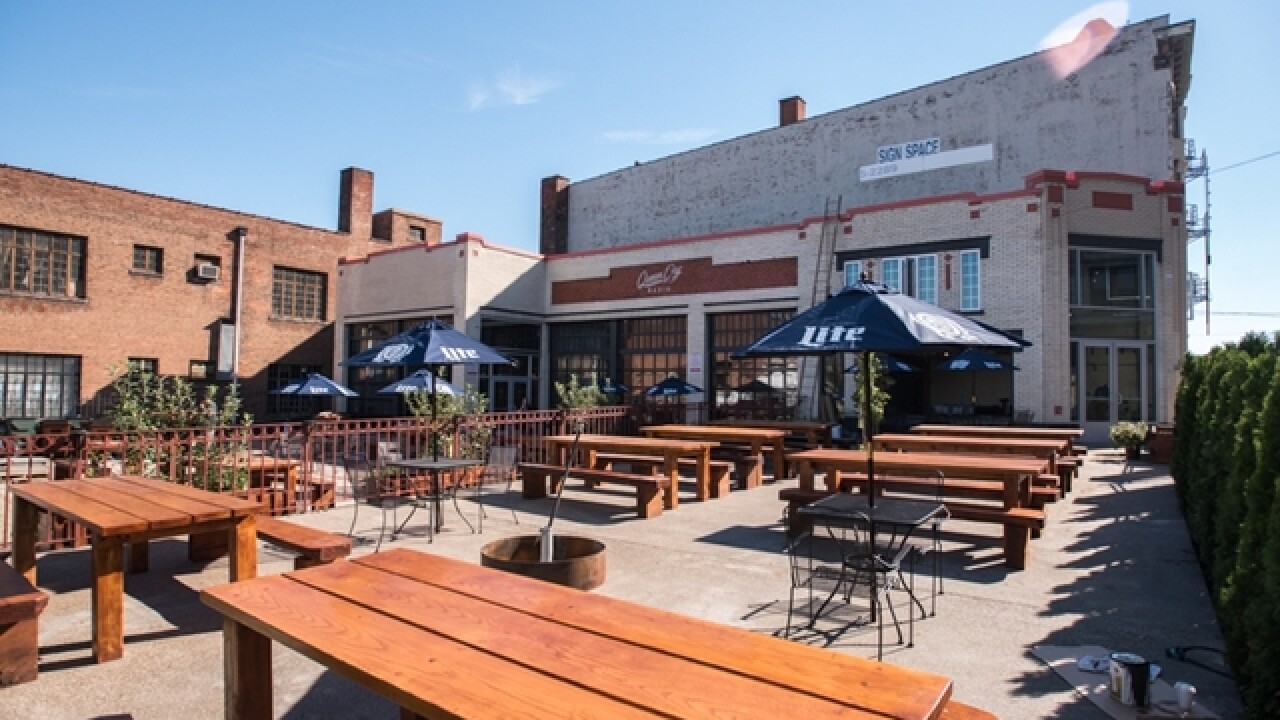 CINCINNATI — The owners of Queen City Radio promise great sunset views and a casual atmosphere when the bar and beer garden opens this September in Over-the-Rhine.

“We’re trying to stand out,” said Gabriel Deutsch, who as a minor partner with his sister, Louisa Reckman and her husband Chris Reckman, purchased the 1920s-era mechanic shop of the same name last year. “We want to be a little bit more approachable.”

The trio began transforming 222 W. 12th St. in March to stand out among the upscale craft cocktail bars and restaurants that have opened in Over-the-Rhine and Downtown in recent years.

“Understand, we’ve both worked in similar places,” Deutsch said of he and his sister’s decade-long backgrounds in the service industry. "We loved it. It is a great niche.”

Deutsch worked at the Bar at Palm Court in the Hilton Cincinnati Netherland Plaza and opened a couple restaurants. Reckman has worked as general manager at La Poste (now Harvest Bistro) in Clifton, for Jeff Ruby at the Precinct and at the Cincinnati Marriott Northeast in Mason.

Reckman said when the siblings decided to open their own bar they wanted to “build a place we want to hang out in.” To that end, Queen City Radio will have six large-screen televisions and a touch-screen jukebox.

The 19-seat capacity bar will offer three domestic beers such as Budweiser next to 11 local craft brews on tap. Visitors also will be able to order Blue Moon and Stella Artois in bottles and cans, along with mixed drinks, wine and alcoholic slushies. The bar also will offer beer and wine delivery through 53T Courier.

“We even have a Lime-A-Rita machine,” Deutsch said. “We’ll see how long that stays.”

Eighteen high-top chairs will occupy the rest of the first floor. A second-level mezzanine will offer an additional 20 to 25 table seats.

Natural sunlight will light the interior through glass garage bay doors and provide a view of the 282-seat beer garden, which features gas fire pits and polished ash benches and picnic tables.

The one feature Queen City Radio does not have, a kitchen, will be supplemented by a food truck in the beer garden, Reckman said.

The owners plan to partner with community organizations and nonprofits once Queen City Radio opens. The Urban Basin Bicycle Club already has announced Queen City Radio will be its official meeting spot; the bar is located along Central Parkway’s dedicated bicycle lanes.

“We are also planning on dedicating a certain day of the week or month to charity foundations,” Reckman said. “We want to be an everyman bar -- just something for everyone.”