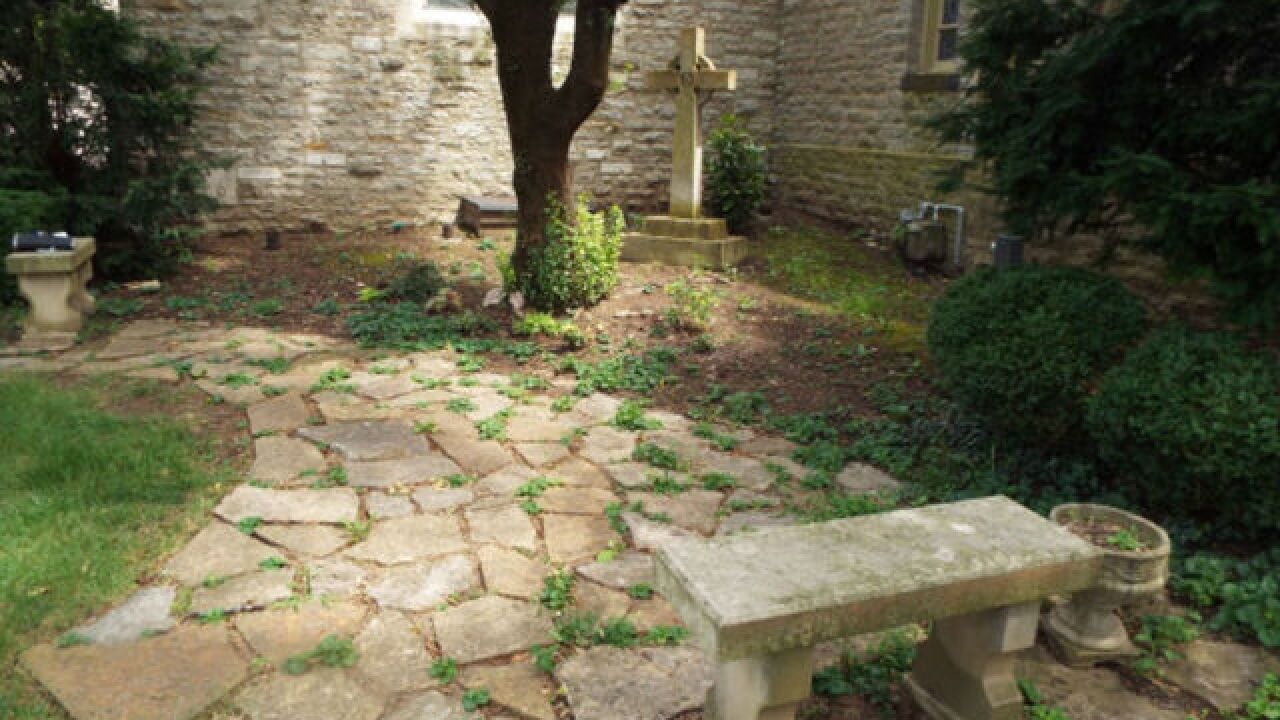 Kevin Eigelbach
<p>This memorial garden beside the Episcopal Church of the Advent in Walnut Hills was the scene of an accident that resulted in a lawsuit against the church that was settled earlier this year.</p>

CINCINNATI -- Two months ago, the Episcopal Church of the Advent in Walnut Hills settled a lawsuit that had been filed against it in April 2015.

Although churches were rarely sued 50 years ago, it’s not an uncommon thing in our litigious age. The circumstances of this case, however, were a bit unusual.

According to the lawsuit, two people were injured on church property in May 2013 when a concrete cross fell on them.

They experienced “severe pain and suffering,” and wanted compensation in excess of $25,000. The case was settle for an undisclosed sum, with the church agreeing to pay the court costs.

The defendants were represented by John Clemons, an attorney in the Cincinnati law office of Blake Maislin, a personal injury specialist known for his TV commercials.

They feature the slogan, “We fight 4 you,” and the catchy jingle that spells out his phone number, 444-4444. Clemons deferred comment on the case to Maislin, who declined to comment on the facts of the case, citing a confidentiality agreement.

The accident happened beside the church, in a small memorial garden where the ashes of some former members are buried, said Paul Leffler, the church’s senior warden.He didn’t see the accident, he said, but was told it involved a couple of children walking by the church with their parents.

The children decided to climb onto the cross, he said, which is about 5 feet tall. When they did, it came loose from its pedestal and fell on one of them, Leffler said. It has since been put back on its pedestal and secured.

The church offered to pay the medical bills for the injured parties and tried to settle the case before it went to court, he said, but without success.

He said the claim was paid by the church’s insurance company, the Church Insurance Companies, a subsidiary of the Church Pension Group, which serves Episcopal churches.

Generally speaking, the insurance companies that represent churches defend cases vigorously, Maislin said, “regardless of how hurt the people are.”

He estimates that his office handles a personal injury claim against a house of worship about once every two years.

Some injured parties, especially members of the church where they were injured, are reluctant to bring claims because they think it’s sacrilegious, he said.

But every landowner has the responsibility to keep his property safe and free of defects that he should know of, Maislin said, and that includes churches.

“It doesn’t matter if you are the best citizen in the world … or you are a jerk,” he said. “Just like there are a lot of doctors who are not good plumbers, there are probably a lot of devout, good people who are not strong property owners.”

The religious organization with the most exposure to lawsuits locally might be the Roman Catholic Archdiocese of Cincinnati, which provides insurance for 211 parishes in Southwest Ohio.

The latter is probably the most common insurance claim, he said, and it’s usually minor, weather-related property damage such as shingles being blown off the roof of a church.

But when Hurricane Ike blew through in 2008, he said, it knocked over dozens of church steeples and did millions of dollars in damage.

The archdiocese insures about $2.5 billion worth of property, he said, which includes the replacement value of pricey buildings such as St. Peter in Chains Cathedral.

It typically does so through a system of self-insurance and re-insurance.

Parishes and other organizations in the archdiocese pay into the archdiocese self-insurance fund annually, Kelly said, and they also typically pay the first few thousand dollars of a claim.

Beyond that deductible, the archdiocese pays up to a certain amount, he said, with the remainder paid by a re-insurer, such as the Bishops’ Plan Insurance Co.

That company is owned by churches and administered by Itasca, Illinois-based Arthur J. Gallagher & Co. Risk Management Services, which also administers the archdiocese’s program of reinsurance.

The Bishops’ Plan was formed in 1986 partly in order to write insurance for cases of priest sexual abuse, Kelly said, which had previously been covered under general liability insurance policies.

It spends between $3 million and $4 million annually on reinsurance premiums, Kelly said, for policies that cover every liability that Kelly, who formerly worked for an insurance company, can think of.

Those include policies that cover the hacking of parishioners’ information from archdiocese computers and employee negligence in responding to terroristic threats.

He’s hearing now that the archdiocese should consider insuring against damage from drones. A high school might decide to use one to take pictures of its football game, he said, and the drone could get out of control and hit a spectator in the head.

“Insurance is like a heat shield,” Kelly said. “You don’t want a hole in the shield.”