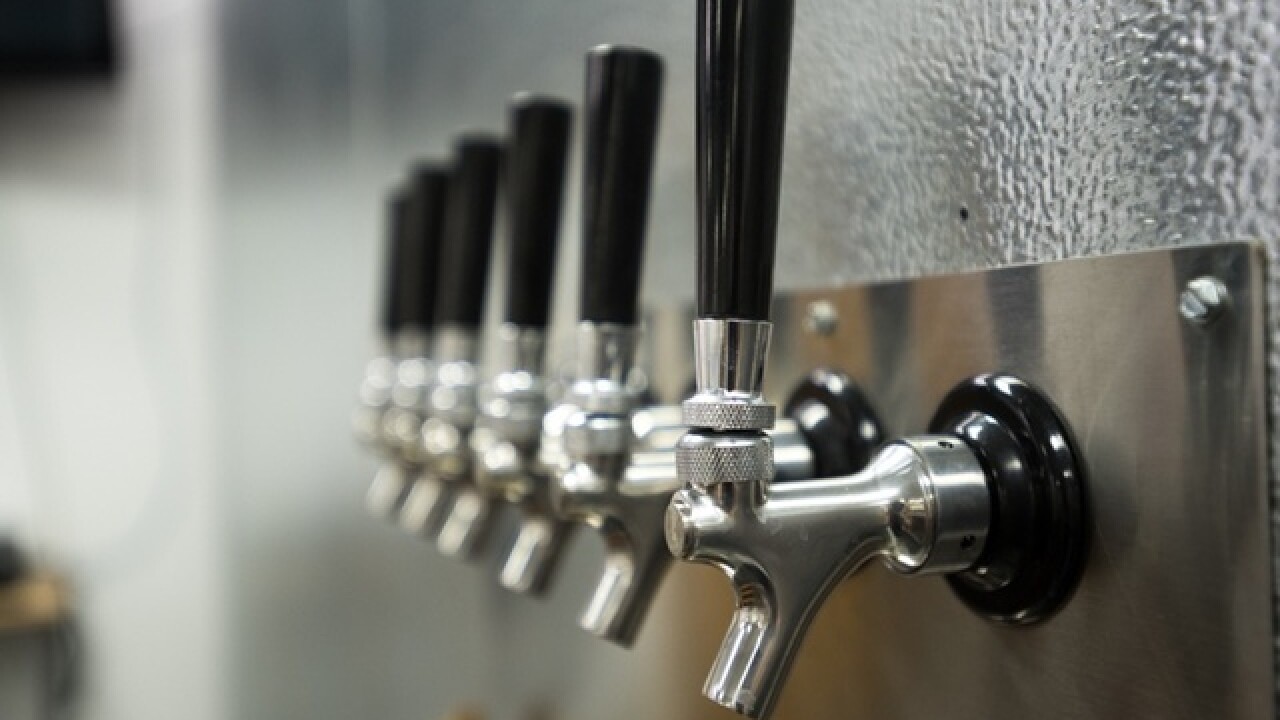 CINCINNATI -- The beer taps stopped flowing and the liquor bottles ceased tipping in Cincinnati cafes and taverns 97 years ago today when the 18th Amendment ushered in Prohibition at exactly 12:01 a.m. Just like that, Ohio's notoriously "wet" city went dry.

The so-called Volstead Act, which was originally drafted to save grain needed to feed American soldiers fighting World War I, had morphed into a political and public health reform movement by the time it became law. Hindsight, however, shows "The Noble Experiment" only replaced old problems with new ones.

More than two dozen local breweries -- including John Hauck, Moerlein, Bavarian and Windisch-Muhlhauser -- and and their associated warehouses and distribution centers shut down, most of them forever. But clandestine

bootleggers -- George Remus being the most notorious -- picked up the mantle.

Hundreds of taverns, which dotted every block in some parts of town, shut down, but soon some 3,000 speakeasies popped up, outnumbering the establishments they replaced. The drinking never stopped as law enforcement looked away from those Cincinnatians who "held little respect for the dry laws and made equally little effort to abide by them," wrote Allen J. Singer in the 2005 book “Stepping Out in Cincinnati."

A 1918 report released by Mayor John Galvin predicted Prohibition would lead to the city's financial ruin, that its businesses would lose $60 million in revenue a year, that property investment would plummet by $15 million a year and property rental revenue would decline by $1.25 million. No follow-up numbers exist, but the new law's short-term economic impact on Cincinnati was "cataclysmic," said Michael D. Morgan, author of the 2010 book "Over-the Rhine: When Beer Was King."

RELATED: Cincinnati's beer history: The rise and fall of the big breweries

"Cincinnati entered Prohibition in a good economy and exited in depression," Morgan said. Thirteen years of Prohibition "really killed off that original sub-culture that existed in Over-the-Rhine. Prohibition did nothing less than permanently modify the personality of the city."

That being said, going "dry" took several years, and never happened completely. Many bars continued to pour full-strength beer for a while, even though only "near beer" (0.5 percent alcohol compared with the 3.2 percent standard) was legal, Morgan said. Speakeasies -- named for the way you had to ask for admission to one -- operated in and outside the city at places with known names such as Mecklenburg Gardens, Arnold's and the Blind Lemon and long-forgotten names such as O.K. Hotel, Golden Dragon, Peacock Inn, Bromley Café and Castle Farm.

Speakeasies were hidden in remote cottages, behind disguised storefronts, on riverboats and in secret rooms behind moving panels in basements and in downtown buildings. People stored barrels of beer and liquor on the third floor and piped it to the first floor where a server used knocks as code to place orders and warn of danger.

One such operation, Singer wrote, was at 13th and Clay streets in Over-the-Rhine where the server was a 10-year-old boy. When the police came, he'd cover the liquor-delivery tubes with rugs and toss down a few school books to make it look as if he were doing homework.

Other ways to beat what generally was weak enforcement of the Volstead Act were more permanent. Arnold's on East Eighth Street, for example, employed a bathtub, a buzzer and a hidden storage compartment to keep its third-floor speakeasy in business. All three still exist.

"There's a secret panel upstairs on the third floor that hides a space that was big enough to hold about a dozen cases of booze," said former Arnold’s owner Jim Tarbell. "There's also a button there, like a call button or a doorbell. The legend is that it's an 'all clear' button. They'd use it to tell people downstairs they were in business or not in business.

"The bathtub," he said, "was there and already being used. When Prohibition came along, it was the perfect vehicle because of its size and because it was already part of the household. When the feds came, you just pulled the plug and the evidence was gone. That was part of the beauty of the bathtub."

At Mecklenburg's in Corryville, Tarbell said, when a model ship on the back bar was turned a certain direction, "that meant the booze coming out of tap was the real thing. That was a routine thing, and it was well known among the neighbors."

Although the city report predicted Prohibition would eliminate 8,000 jobs in the city, there is no proof that it did. Some tavern owners took on new jobs, retired or went on "vacation," Holian wrote. Others, switched gears. Hotel Sinton manager John Horgan served non-alcoholic "champagne-like" grape juice from a fountain with the claim that it would create "the same spirit of fellowship that once pervaded the cafe," Singer wrote.

For sure, Prohibition permanently killed off what had been a thriving distillery business in the Cincinnati area. Fleischmann, which produced a popular whiskey called Magnolia, sold its factory and 3,100 barrels of distilled spirits to Remus. The former Chicago pharmacist and lawyer struck similar deals with liquor and beer makers in nine Midwestern states and reportedly pocketed $25 million in each of the few years he was "king of the bootleggers.," according to Timothy J. Holian’s 2001 book “Over the Barrel: The Brewing and Beer Culture of Cincinnati.”

Remus' products were the real deal, but some of the hootch available during Prohibition was homemade and potentially dangerous to those who drank it. If you didn't have a prescription to buy the monthly maximum of 12 pints of medicinal liquor from a pharmacist, you risked swallowing the liquor bootleggers sometimes padded with denatured alcohol, iodine, sulfuric acid or wood alcohol. Thousands of Americans died from drinking such concoctions. How many were Cincinnatians is not known.

Death didn’t stop the drinking, and Prohibition didn’t stop the graft that plagued cities such as Cincinnati that, despite the reform efforts by leaders such as Mayor Murray Seasongood, were still corrupt. Holian wrote that in 1927 alcoholism was growing 14 times faster than the nation’s population and that graft payments to law enforcement and public officials were up to $1 million a day or $4.8 billion over the 1920-33 course of Prohibition.

Like Prohibition, the stock market crash of October 1929 had an immeasurable negative impact on Cincinnati, yet the city grew by 50,000 residents in the 1920s and its developers completed some of today’s icons. Among the major projects constructed during Prohibition, which overlapped the Depression its last four years, were the planned community of Mariemont, Nippert Stadium, the Bell Telephone building, Carew Tower-Netherland Plaza Hotel, the 500,000-watt WLW radio tower, three wings at the Cincinnati Art Museum and Dixie and Union terminals.

President Franklin Roosevelt, who had campaigned in 1932 for the repeal of the Volstead Act, signed a law that allowed production and distribution of 3.2 percent beer on March 22, 1933. At 12:01 a.m. on April 7, 1933, the first legal truck load of full-strength beer since 1920 left the Ludlow Avenue and Central Parkway docks of Bruckmann Brewing Co. and headed downtown to deliver it to the Wheel Cafe on Walnut Street, wrote Holian.

The full repeal of Prohibition by ratification of the 21st Amendment occurred on Dec. 5, 1933, and by the end off the next year, Morgan said, the dozen or so Cincinnati breweries back in business were barreling and bottling more beer than before Jan. 17, 1920. By 1960, however, only Hudepohl and Schoenling were brewing in Cincinnati.

RELATED: More on the history and revival of Cincinnati breweries