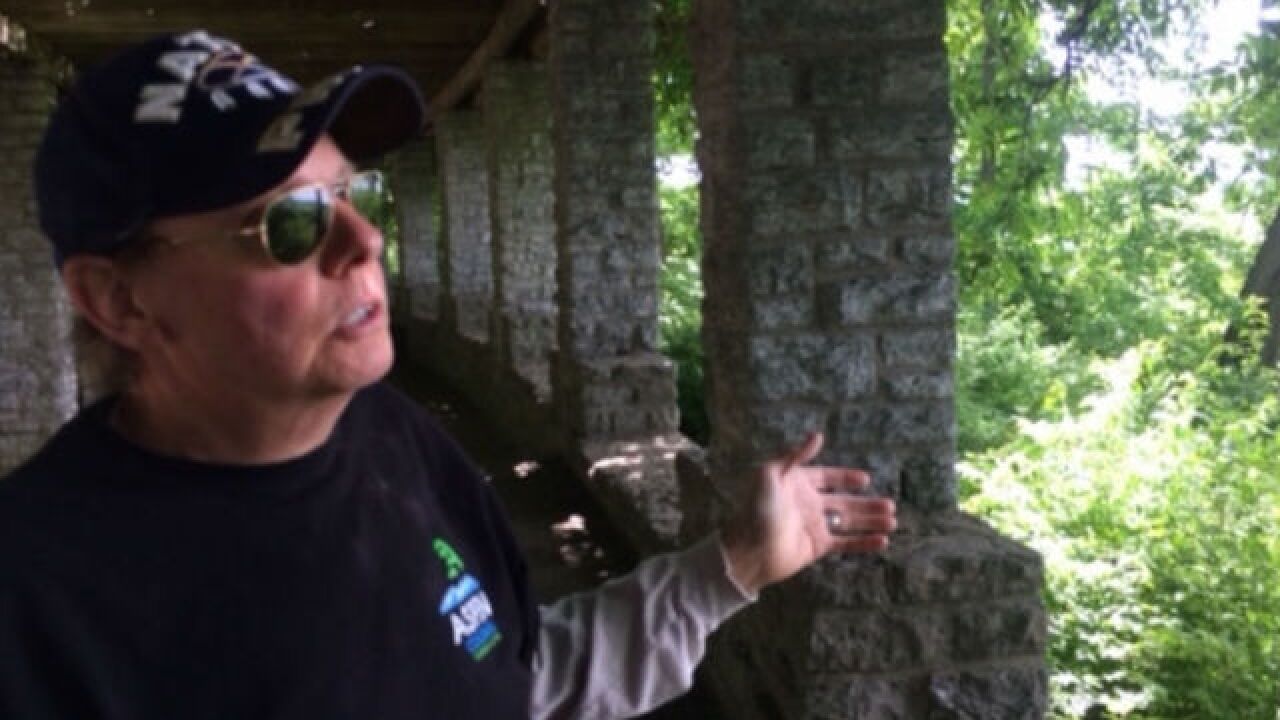 <p>University of Cincinnati students will help archaeology professor Ken Tankersley on a monthlong dig at the important Wynema site in Mariemont. Provided</p>

MARIEMONT, Ohio -- Ken Tankersley’s studies have taken him around the world and back. From the tropical heat of the Amazon rainforest to the oppressive cold of Siberia, Tankersley has been party to archaeological investigations across the globe. But to Tankersley, one of the world’s most important archaeological sites is mere minutes from his native Madisonville.

Tankersley – whose work has appeared in more than 120 professional publications – calls the Little Miami River Valley in Mariemont one of the most archaeologically important places on earth, right up there with the Valley of the Kings in Egypt. A Piqua Shawnee, Tankersley has distant relatives who are buried in the serpent-shaped mound he discovered that runs along the valley.

But it wasn’t Tankersley who discovered evidence of a Shawnee Indian village – dubbed the Wynema site – near the shore of the Little Miami River in Mariemont three years ago. That distinction belongs to Joseph Shaffer, a former student of Tankersley who named the site for his mother.

Beginning June 1, Tankersley will lead a class of 15 University of Cincinnati students on a month-long archaeological dig at the Wynema site. The students will examine evidence of the Shawnee village, focusing on two catastrophic events: the coming of the Little Ice Age and the arrival of Europeans, both of which affected the Indians living in the valley.

Visitors are welcome to observe the excavation, and Tankersley will happily take up anyone who offers to lend a hand with labor.

“People of all ages are more than welcome,” he said. “We’ll put them to work, and I promise they’ll have fun.”

In addition to how the Shawnee dealt with catastrophic events, Tankersley has made it his mission to dispel three myths that he’s amazed and offended persist: No, aliens from outer space weren’t responsible for the construction of serpent-shaped mounds. Neither were giants, much less an ancient, indigenous, Caucasian culture.

On good weather days, Tankersley and company will be at the site from 8 a.m. to 2 p.m. every Monday, Wednesday and Friday in June. Tankersley’s students, whose experience runs the gamut from college freshmen to retirees, will be expected to teach visitors about the site and their discoveries.

“One of the best ways to learn something and keep it in your long-term memory is to have to teach it to someone else,” Tankersley said.

On rainy days, the class will meet at the Court Archaeological Research Facility in Miami Whitewater Forest, where they’ll wash and catalog the artifacts they discover at the dig site. Visitors are welcome there, as well.

Mariemont’s leaders know how fortunate they are to have such a major discovery in their own back yard. The village has installed a sign to mark the archeological site, and village residents are clearing trails through the valley, known as the Lower 80.

“The trails are very respectful to where we’re finding these Indian villages,” Mayor Dan Policastro said.

He credits Tankersley’s research with putting a stop to Ohio Department of Transportation plans to reroute Ohio 32 through the river valley as part of the Eastern Corridor program. ODOT officials announced that the Lower 80 was off the table for development last summer, citing the historic significance of the site.

So you know
Visitors of all ages are welcome to visit the Wynema site during the Tankersley-led archaeological dig, between 8 a.m. and 2 p.m. each Monday, Wednesday and Friday in June.

Park at the Mariemont Pool, at 6000 Mariemont Ave. To get to the dig site, walk the nearby South 80 Trail and turn left at the bottom of the hill. The site is located near an electrical tower.