Procter & Gamble Co. shareholder: Why is Nelson Peltz on the board? 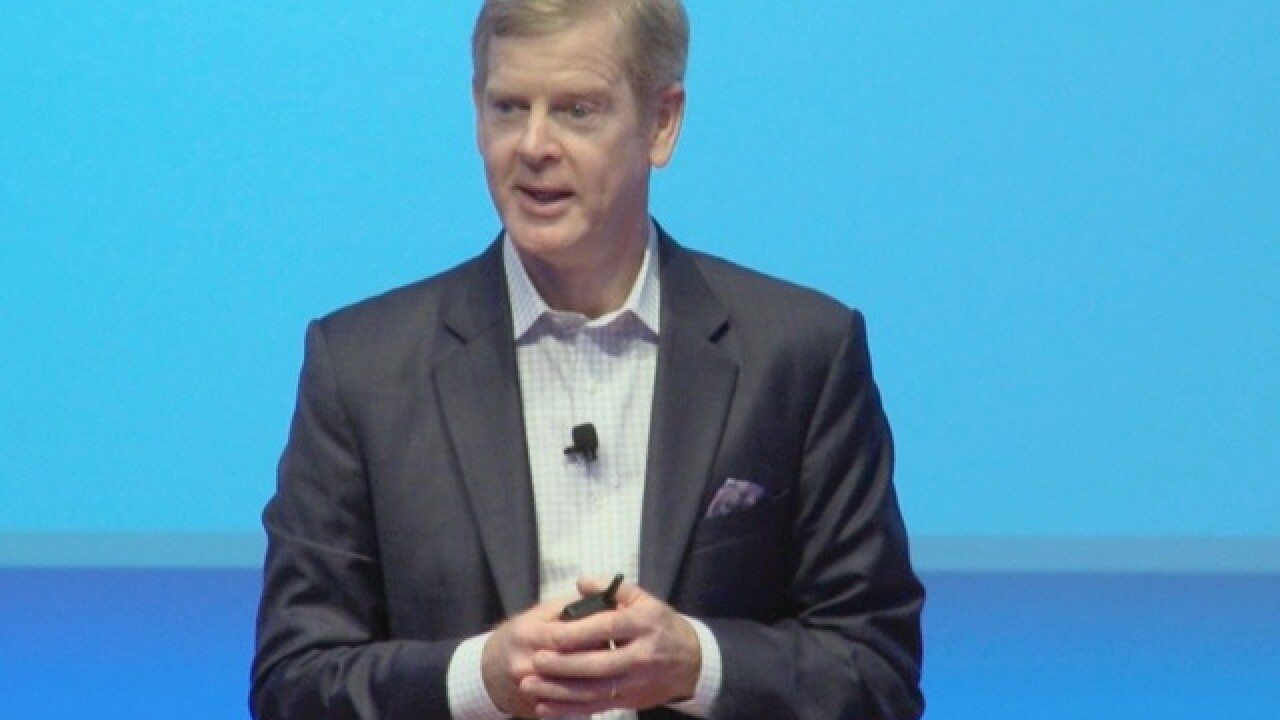 CINCINNATI -- Shareholder responsiveness emerged as a theme at Procter & Gamble Co.’s annual meeting Tuesday, as CEO David Taylor told one local investor that the company was “deeply committed to meeting your needs in less than 100 years.”

The quip, which triggered a few chuckles, followed the shareholder’s observation that it might take 100 years for his investment in P&G to double in value.

“I don’t know any brokers recommending this company and that’s scary because this is a great company,” said the shareholder and former consultant introduced as Scott Hayes. “I live in this city. I appreciate owning stock in this city. But I think a lot of the people here are concerned.”

Taylor said P&G is one of the few companies in the world that has increased its dividend for 62 consecutive years and there are several Wall Street analysts that do recommend P&G stock.

“We know the solutions to any of those questions is consistent top and bottom line growth delivered at or above what our competition is doing,” Taylor said. “That’s what we’re working to do.”

Shareholder and P&G retiree Rad Ewing told Taylor he was disappointed in the company’s lack of response when he sent his analysis of four decades of P&G innovation to Taylor and a board member last year.

“One key finding was that the vast majority of innovations, both product and commercial, had no sustained business impact,” said Ewing, who said worked for 33 years as a P&G researcher and recommended “a set of metrics” that could be used to sort winning ideas from losers. But P&G still hasn’t responded to his ideas, nearly a year after he sent them.

“I hope my situation is an aberration but either way it feels a bit disrespectful to me as a shareholder,” he said.

Taylor told Ewing his “note has been read and sent” to the appropriate board committee. He also agreed “a thoughtful response would have been better,” but explained P&G gets input from thousands of shareholders and doesn’t always respond.

Still another shareholder had a pointed question about shareholder activist Nelson Peltz, who gained a board seat after a proxy contest last year.

“Perhaps you could explain why Mr. Peltz was allowed to join the board after shareholders rejected him,” said Carl Boeckman. “I’m concerned we now have a director who is not a good fit or is perceived as not being a good fit for the corporation.”

Peltz chatted with fellow board members when the question was raised but wasn't asked to respond publicly. The board quickly exited through a side door away from reporters when the meeting adjourned.

Taylor responded that Peltz won nearly half the shareholder vote in last year’s proxy fight – which demonstrated “strong support” for both the company’s strategy and Peltz’s ideas.

“We decided it was in the best interest of all our share owners to bring him on the board and to listen to those diverse views,” Taylor said. “And then to work together to create value for our share owners. And that’s just what we’ve done.”