Win in court is still a loss for this family 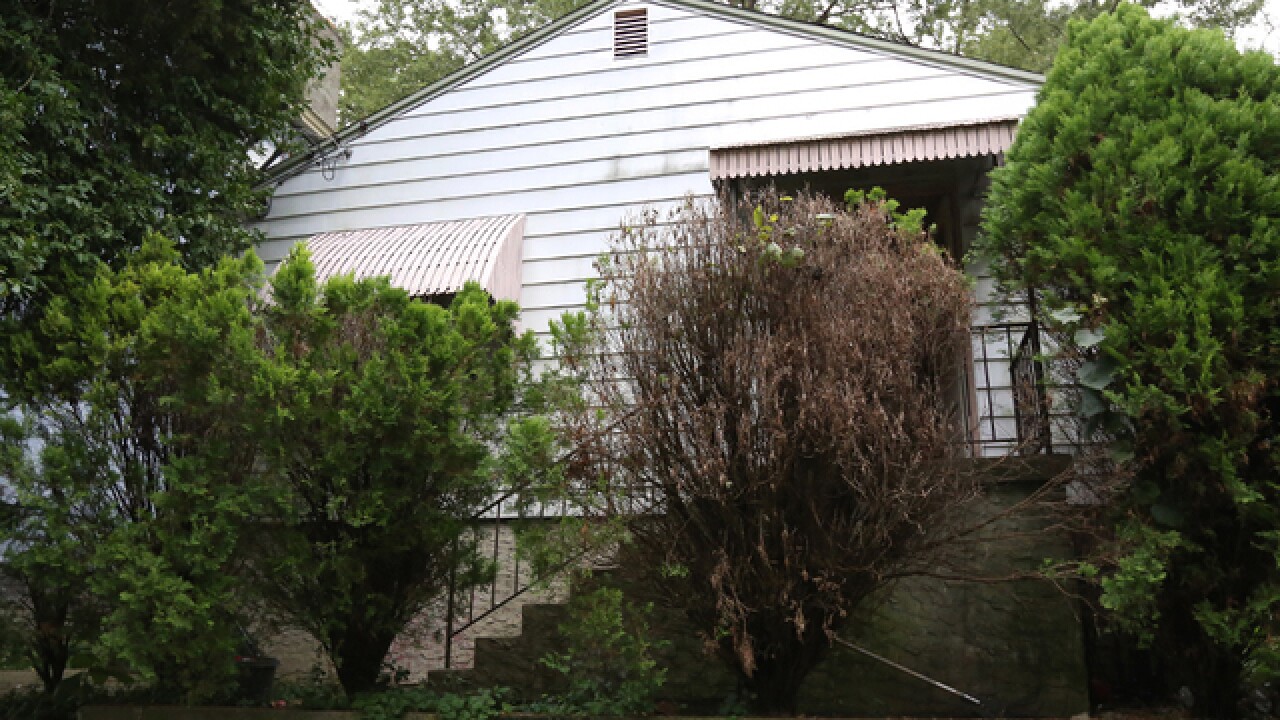 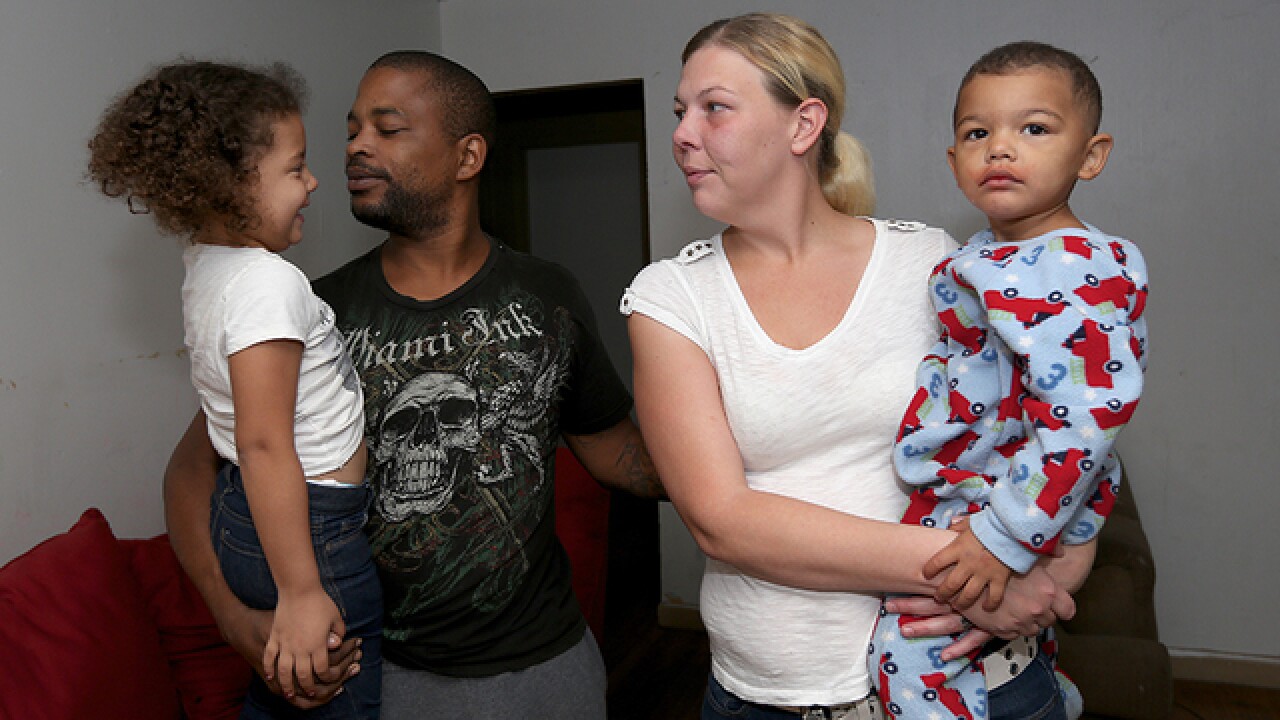 WCPO has spent months covering the impact of problem properties on tenants, neighborhoods and the regulators who are struggling to keep track of them. This story is part of that series. Read Part 1 here.

CINCINNATI — April Riley and William Starkey stood before a magistrate at the Hamilton County Courthouse hoping to avoid eviction from the South Fairmont home where they lived with their three kids.

Their landlords, Monte and Carol Rovekamp, said the couple had not paid rent for September, and they wanted the family out of the house.

Starkey said they had paid in cash and the Rovekamps issued an eviction notice only after he and Riley called city inspectors over concerns the house wasn't safe for their children.

"On the second page is a vacate order," Starkey said.

Purcell scanned the reports and told the Rovekamps they couldn't legally accept rent after city officials had found such serious violations.

"I'm not evicting you," Purcell told the young couple. "But you can't stay there."

Such is the complex nature of Cincinnati's low-income rental market, where a victory in court can still be a loss for everyone involved.

The Rovekamps left the courthouse stuck with tenants that they didn't want. And even though Purcell ruled in favor of Riley and Starkey, the couple had to leave their home and will still have the eviction case on their record, making it all the more difficult to find a landlord who will rent to them.

"It's a revolving door," Starkey said. "We really didn't win."

'I'd Live There Myself'

Riley and Starkey were feeling defeated long before that Oct. 2 eviction hearing.

They had been living in a motel with their kids before they moved into the small cottage on Selim Avenue in March. Before that, they lived in a place on Iroll Avenue where Riley said she heard frequent gunfire and worried for her 14-year-old daughter, Jaelyn, and their younger children, a 4-year-old daughter named Brooklyn and 2-year-old son, Brandon.

The couple got evicted from that property, according to court documents, where the landlord accused them of doing thousands of dollars worth of damage before they moved out. They struggled to find anyone who would rent to them until they found Carol and Monte Rovekamp.

The Rovekamps seemed kindly and sympathetic, Riley said, and they even helped her and Starkey get furniture from the local Society of St. Vincent de Paul.

This is where her account differs from the Rovekamps'.

Riley said the house needed work when the family moved in, but she thought the Rovekamps would hire someone to complete it. She repeatedly called the Rovekamps about problems and repairs, she said, but they refused to fix anything.

The Rovekamps said that isn't true. They insisted neither one of them ever got a single call about any problems until they heard from a Cincinnati Health Department inspector. When they got that call, Monte Rovekamp said, they sent a repairman to the house right away.

"The house is the cutest little house you've ever seen," Carol Rovekamp told WCPO. "I love that little house. I'd live there myself."

During a tour of the property Oct. 1, WCPO observed mold in the basement, damaged drywall and holes near the floor where Riley had shoved wads of toilet paper to keep mice out of the bathroom, she said. There were mouse droppings in the oven broiler and damaged flooring around the refrigerator where Starkey said water would leak from the appliance when it sporadically stopped working.

A health inspection conducted Sept. 10 found mold in the basement and bathroom, which was still there during a follow-up inspection Oct. 1.

A building inspector listed 23 different violations and ordered the Rovekamps to correct the problems by Sept. 28. The problems included:

In a letter dated Oct. 14, city building inspector George Duesing issued an order requiring the Rovekamps to vacate the property - meaning the couple had to make sure nobody was living there. The letter said Duesing found sewage in the basement of the house and none of the problems he had found during previous inspections had been fixed.

Monte Rovekamp told WCPO a man he hired to fix problems discovered earlier by a health inspector found a towel shoved down the toilet. He suspected that either Riley or Starkey had done it.

Riley said no member of her family ever did anything like that. In fact, her children started staying with her mother when the sewage began backing up into the basement after the eviction hearing.

"The smell in here is awful," she said. "I wouldn't put my kids through something like that on purpose."

Starkey said after the eviction hearing that he and Riley plan to file a lawsuit against the Rovekamps.

"If we do move, it should be out of their pocket, not mine," he said. "He don't have any intention of giving my money back."

"I've been in business for 47 years, and I try to treat people how I'd like to be treated," Rovekamp said. "If I could tell you how much money I've lost trying to go along and help people, you would never even believe it."

The Rovekamps took legal action to have the decision to seal the home overturned. A judge ruled against them. But about a week later, someone went to the house on Selim Avenue when Riley and Starkey weren't there and screwed all the doors and windows shut from the inside, Riley said.

The basement door, which could only be shut from the inside, was left open, Riley said. When Riley and Starkey went back to pick up some belongings, their television and computer had been stolen, and all their packed boxes were ransacked, she said.

They gathered clothes and family photos and left behind their furniture, which stunk like sewage and had rips and holes from mice.

"It's kind of like a total loss," Riley said.

The Rovekamps' lawyer, David Donnett, said he couldn't imagine his clients would do anything like that.

"They are not stupid people," he said. "They understand the potential liability for something like that."

Carol Rovekamp said she went into the house after a neighbor alerted her that a door was open. The water heater and some wiring had been stolen, she said. Nothing else was left behind except for garbage and an old dresser so she had the house sealed up, she said.

"I don't have to lie about anything. I have photos," Carol Rovekamp said. "They are the ones that turned on me. I evicted them because they owed me $900. They were good tenants until that last two months."

Ken Hawley is their lawyer and said he will sue the Rovekamps over what he says amounts to an illegal eviction. Hawley said he would ask for a jury trial and seek damages so the Rovekamps have to pay for what Riley and Starkey lost. That case could take anywhere from six months to a year to be resolved, he said.

Meanwhile, if the Rovekamps don't make all the repairs the city ordered, the little cottage that Carol Rovekamp said she loves could be condemned.

All these weeks after that October eviction hearing, there's no happy ending for anyone.