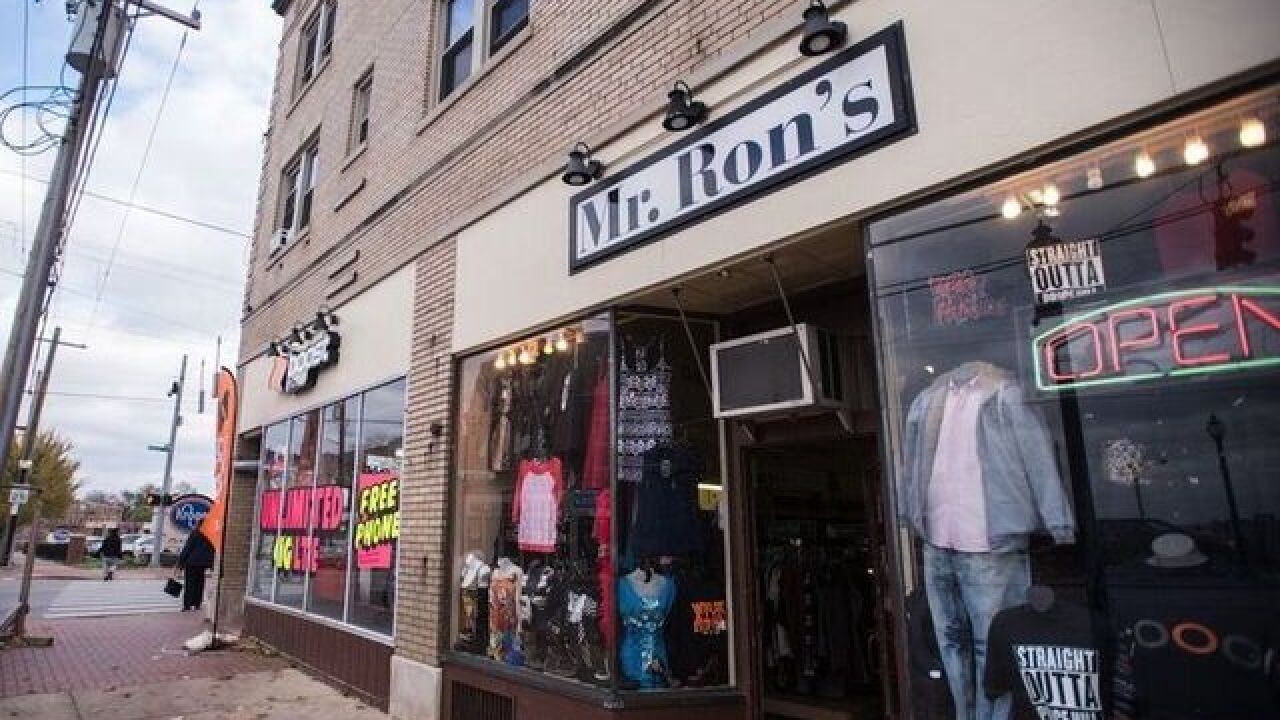 Phil Didion
<p>Ron Etter says he finds discarded needles in front of his Price Hill store on a regular basis.</p> 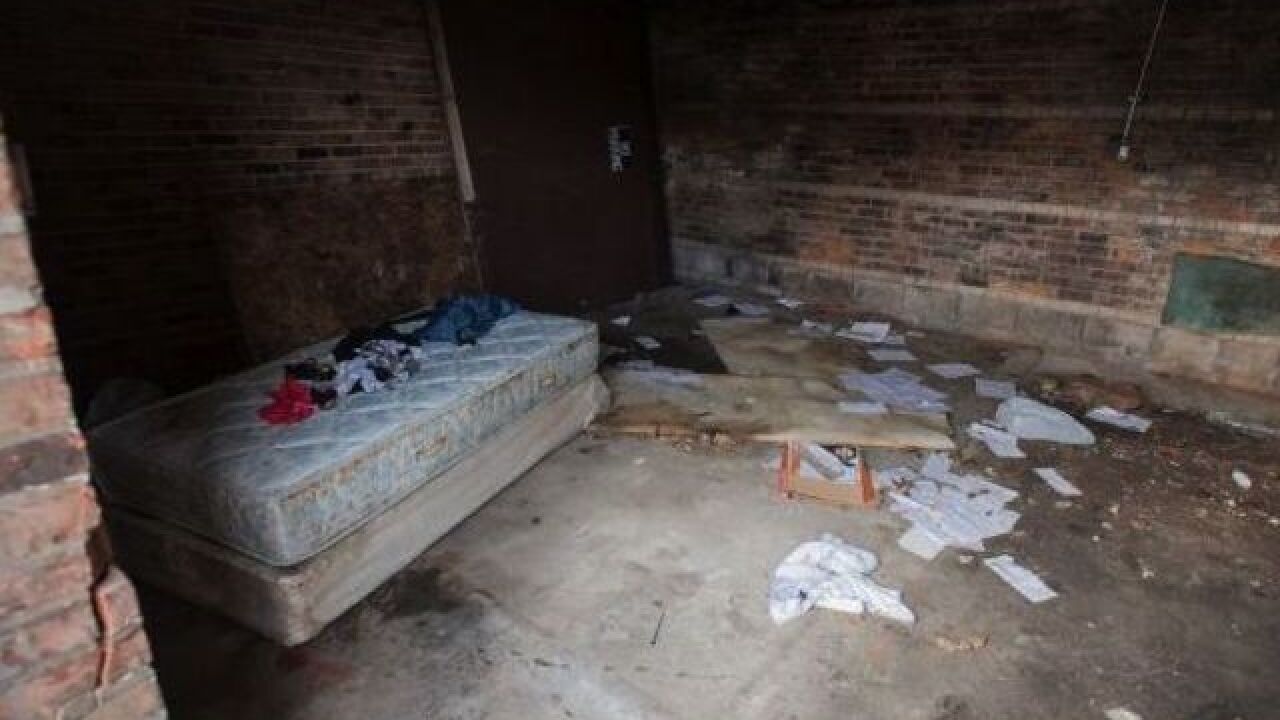 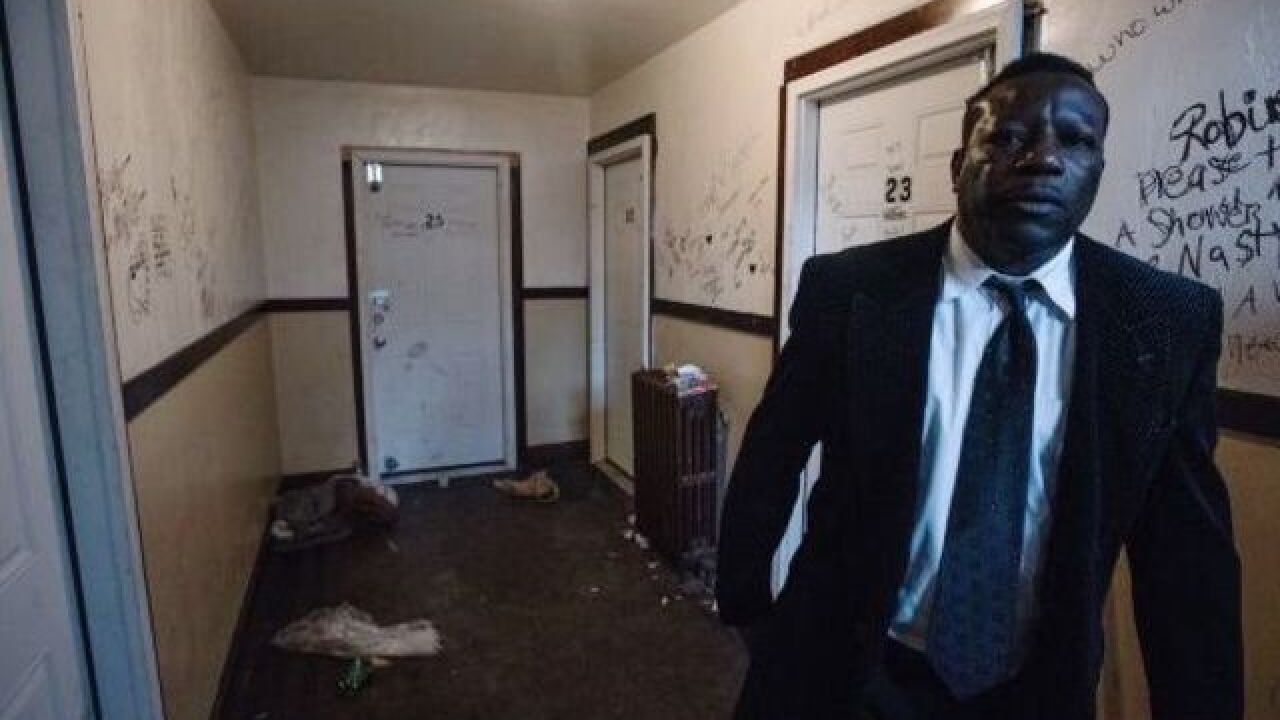 WCPO has spent months covering the impact of problem properties on tenants, neighborhoods and the regulators who are struggling to keep track of them. This story is part of that series.  Read the entire eight-part series here.

CINCINNATI — Rodney Etter runs a second-hand clothing store in the ground floor of a four-story apartment building on St. Lawrence Avenue. It's a prominent corner in East Price Hill. A Kroger store is across the street, and a family-owned bakery has operated in the building for decades.

The clothing store is a crowded place with a cracked ceiling and a boom box on a stool for mood music.

In one corner is a collection of photos and awards documenting his community activism. There are photos of "Mr. Ron" — as he's known in the neighborhood — with Bengals coach Marvin Lewis, former Bengal Dhani Jones and former Mayor Mark Mallory.

For months now, Etter has been waging a one-man campaign against prostitution and drug activity that he says he observes regularly in vacant apartments above his store.

"This is a nest for prostitutes," he said. "They come and go as they please."

Etter finds "at least five needles a morning" on the sidewalk in front of his store. All day long, he sees women enter the building through a side door on their way to empty apartments with wide-open doors, crack pipes, needles and damaged walls inside.

A court-appointed receiver,  Prodigy Properties , has managed the building at 3701 St. Lawrence since August.

Prodigy, a property-management company with offices in Cincinnati and Cleveland, was appointed by Hamilton County Common Pleas Judge Andrew West after the building's owner, TBC Enterprises LLC, defaulted on $2.3 million in loans from First Financial Bank. In July, the bank secured a foreclosure judgment against TBC and its owner, Terrence Sebastian of Loveland. The company’s phone is disconnected.

Etter said Prodigy changed the locks to discourage illegal activity, but he thinks a tenant kept giving prostitutes access. In late October, he said Prodigy sent a maintenance worker to board up interior doors to vacant apartments and found two women who had overdosed. Only one survived.

The maintenance worker “came downstairs screaming,” he said, after finding “two ladies lying there with needles in their arms.”

Etter said police have done little to move prostitutes out of the building, telling him they have more important matters to worry about.

“It’s heartbreaking,” he said. “I feel like I’m in his game all by myself.”

District 3 Police Officer Melissa Enody said the department has taken several steps to combat the problem, arresting women with warrants against them and referring others to social service agencies for treatment of drug problems and housing assistance.

"We're out there several times a day," she said. "We’re not necessarily able to arrest our way out of this problem. It didn’t occur overnight, and it won’t correct itself overnight."

Enody counted 57 police runs to the property between July and October. She said Prodigy is "working with our vice unit" and agreed to sign a right of entry letter allowing police to enter the building for emergencies and enforcement.

Enody has spent most of her 13-year career on Cincinnati's West Side, the last two as a police-community liaison officer for Price Hill. She said the building is "not one of the better ones" she has encountered, but leaders at St. Lawrence Church told her it noticed a "significant decrease" in prostitution activity since increased patrols started in August.

The property's lender, First Financial Bank, stressed that it has never owned the property and has no influence over its operations.