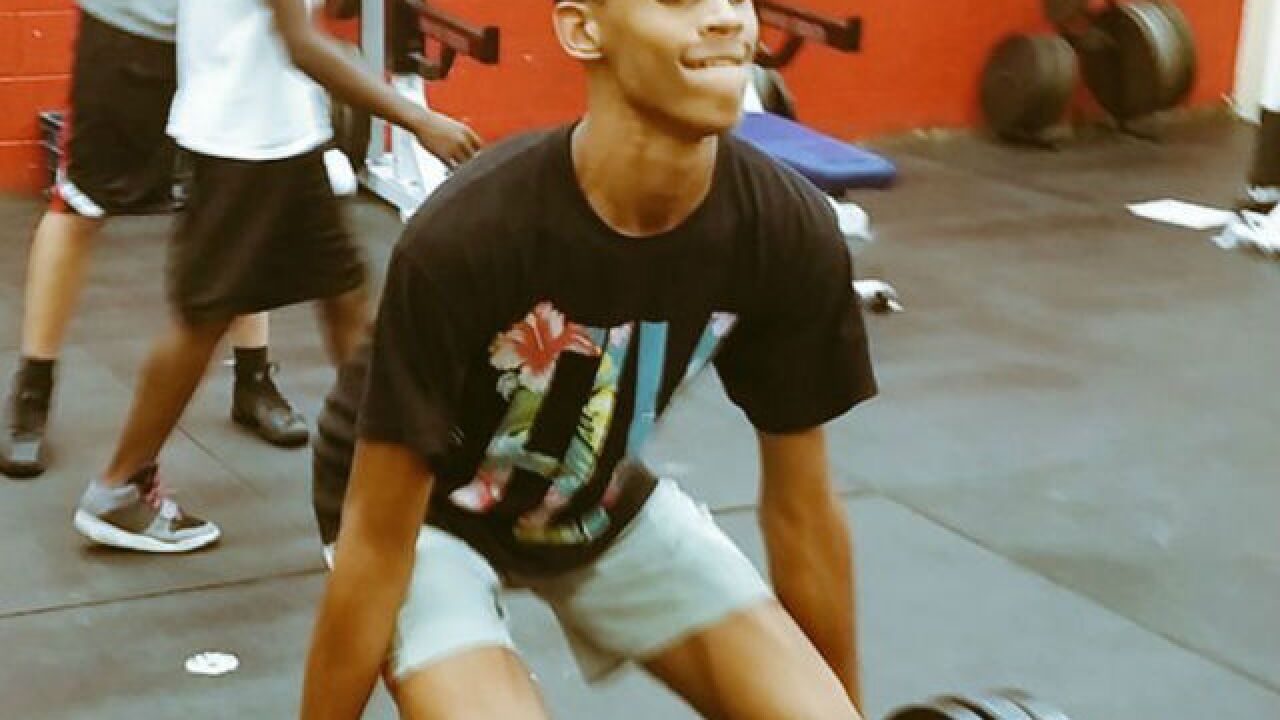 KETTERING, Ohio -- Darius Bazley walked out of the Trent Arena locker room and was greeted by four reporters ready to ask him questions about his season debut late Monday afternoon.

Normally, a player on a team that lost by nearly 30 points in mid-January wouldn’t be in demand for interviews.

But, when you're Bazley -- the 6-foot-8-inch Princeton junior guard, No. 1-ranked Ohio player in the 2018 class and an Ohio State commit -- the spotlight is always there.

Bazley didn't know Matta was going to attend the game but was glad he did. Matta complimented Bazley after the game and the two spoke near the locker room.

Bazley sat out the customary 11 games due to Ohio High School Athletic Association rules regarding transfers. He was able to practice with the Vikings but played his first game Monday.

"It was tough, but you have to be mentally strong," Bazley said of sitting out the 11 games. "Just keep being in the gym saying, 'Alright, nine games, seven games, five games left.’ That’s just how I kept thinking."

Bazley had 11 points, 10 rebounds, five assists, three steals and a block against Wheeler, one of the elite teams in the nationally recognized event.

"I was really looking forward to it, especially playing against a team like this," Bazley told WCPO.com. "I was really excited to play against some of those (Wheeler guys). For this being my first game back, there was a little bit of pressure. Once the game went on, I found my shot."

Bazley, a left-handed shooter, showed his versatility early and often. He can run the point with ease and is adept at finding his teammates with excellent vision and passing. He can play all five positions, but coach Leon Ellison is stressing defense to his entire team.

"I want to improve at everything really, not just scoring," Bazley said. "I really want to become a better passer and keep my teammates involved. That’s really important to me. I could care less about scoring. As long as we win, it’s fine."

Bazley didn’t like the loss but put things in perspective after the game.

"We are not going to see teams like Wheeler in our conference, back in our region," Bazley said.

Ellison said the Vikings (6-6) are competing well but the team is having its up and downs this season. Senior forward Darius Harris also made his season debut. Junior guard Dominic Pierce added 10 points for the Vikings, whom Ellison believes will be a tough team once the sectional tournament arrives in February.

Ellison liked the way Bazley played and wants his leadership to continue to help the Vikings toward the tournament. Bazley is ranked the state’s top player in Ohio and No. 47 nationally in the 2018 class by ESPN.com. He is also ranked the nation’s No. 55 player by 247Sports, No. 58 by Scout and No. 73 by Rivals.com.

"He can play all five positions," Ellison said. "He can really shoot it. He is getting real stronger. He put 15 pounds of muscle on him. His IQ is really high."