Fay: Don't blame the Reds for their injuries 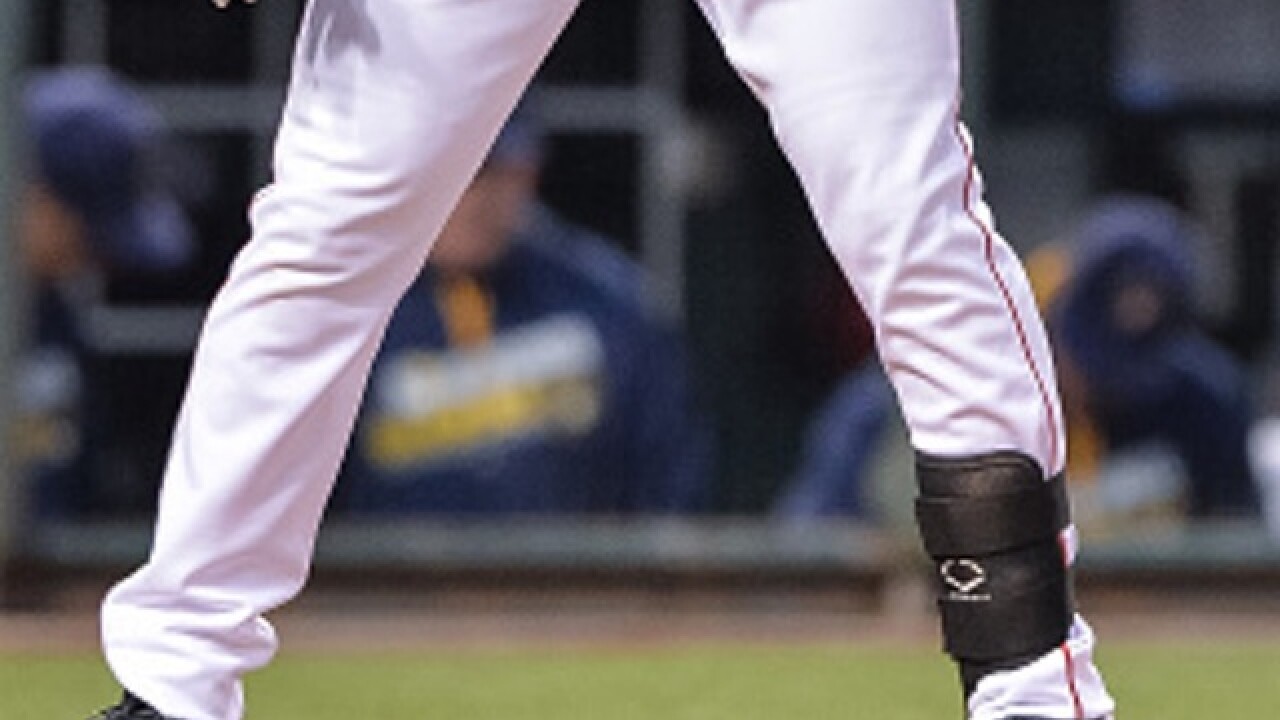 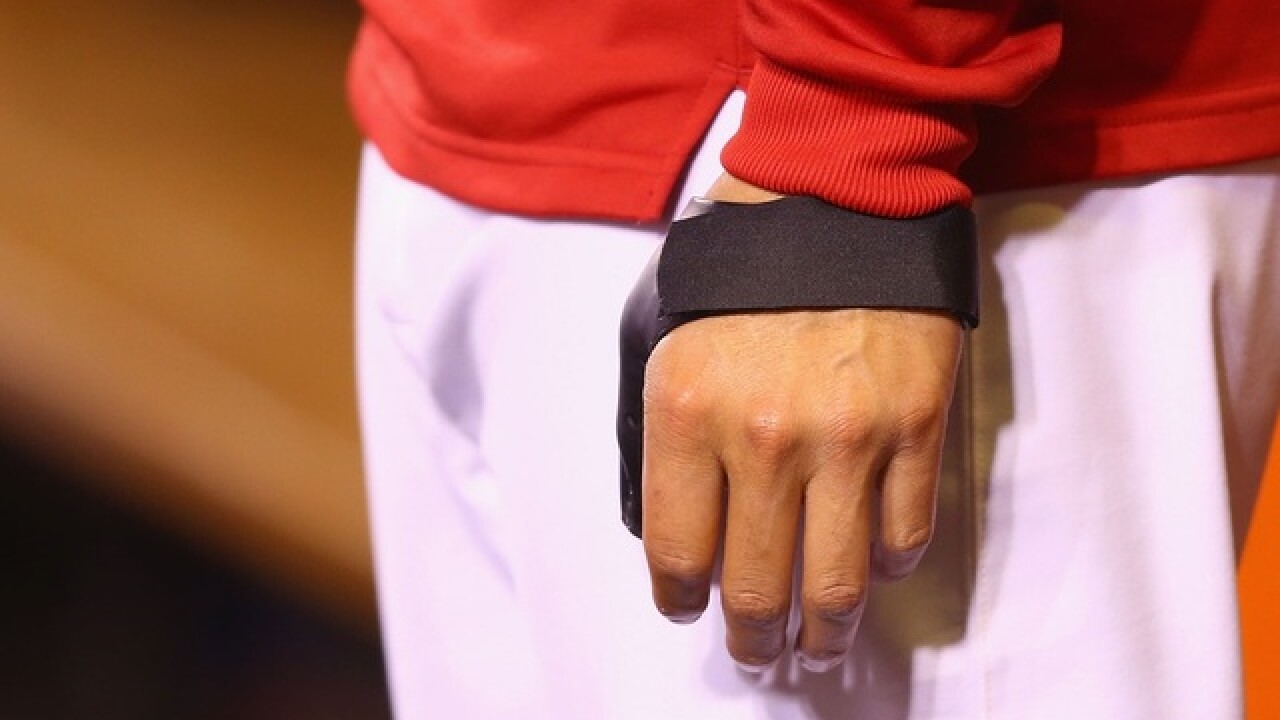 CINCINNATI — It’s a Pavlov’s Dog-like response. A Red gets injured or goes on the disabled list. Within minutes, someone is questioning the medical/training staff on social media.

This season, the club has been particularly hard hit. Seven Reds are currently on the disabled list. It was announced Friday that Devin Mesoraco is having shoulder surgery — likely ending his year. The projected No. 1, 2, 3 and 4 starters are all on the DL.

So, is someone or something at fault here? Reds manager Bryan Price doesn’t think so.

“For me, I think it’s a cycle of injury,” Price said. “I don’t think anyone can put a finger on it."

Walt Jocketty, the club’s president of the baseball operations, concurred.

That’s what you would expect the Reds to say. But looking back on the players on the DL over the last five years, I’d agree. Largely because you don’t see an occurrence of the same injuries over and over again.

Homer Bailey, for instance, is the only pitcher on the 25-man roster to require Tommy John surgery in that time. Half the trips to the DL for pitchers this year weren’t for arm or shoulder injuries.

The Reds might have been able to handle some recent injuries better. The long delay on Mesoraco’s hip surgery last year come to mind, as does putting Joey Votto through a sliding drill in which he re-injured his knee in 2012.

That doesn’t mean the Reds are looking for answers.

“It’s normal practice to make sure we’re doing the right thing,” Jocketty said. “We’re checking all our protocols — strength and conditioning, rehabbing. It’s something you have to stay on top of."

The Reds aren’t alone in being affected by injuries. Barely a day goes by without a club announcing that a pitcher is having Tommy John surgery.

“I think everyone in the industry is looking at injuries,” Price said. “They’re looking propensity the last several decades of ulnar collateral ligament stuff. We’re now having the hip labrum. The oblique is something no one ever strained or heard of straining.”

The Reds added a director of sports science before this season. Dr. Charles Leddon is the former trainer with the Double-A Pensacola. He has a PhD in sports medicine from Oregon State. He also completed a research fellowship at NASA and was medicine research director for the Andrews Research and Education Foundation in Gulf Breeze, Florida.

But he wasn’t brought in specifically to look at injury-prevention.

“His job is more to research different types of training,” Jocketty said. “To look at the nutritional things we do, look eye training, bio-mechanics, things we aren’t that familiar with.”

Players train year-round. One of the Reds on the DL currently, Michael Lorenzen, is a workout monster. He is as fit as anyone the roster, but that didn’t prevent him straining UCL in his throwing elbow. The Reds and other clubs are searching for the right mix.

“Do they have too little body fat?” Price said. “They’re just bones and muscle. Is that an issue?”

The area most affected by injury this year has been the rotation. Homer Bailey, Anthony DeSclafani, Raisel Iglesias and Lorenzen are currently on the DL.

In 2012, the Reds' five starters made every start. The training procedures haven’t change. But, again, the Reds are looking at things.

“We’re really looking at how we can be better at what we’re doing. We would do that regardless of whether we’re having success or not.”

While the Reds starters were healthy all of 2012, the club did deal with major injuries to key players: Scott Rolen missed 70 games with shoulder issues, and Joey Votto missed 51 after knee surgery. The Reds still won 97 game, thanks largely to the way Todd Frazier adeptly filled in for both.

Price previously mentioned that the run of bad luck really started on Opening Day 2013 when Ryan Ludwick wrecked his shoulder sliding into home.

But it’s just not the number of players injured: It’s who gets injured.

In 2013, Johnny Cueto, the No. 1 starter, was limited to 11 starts with an injured Lateral muscle that led to three trips to the DL. The top bullpen setup men — Sean Marshall and Jonathan Broxton — missed significant time, as did catcher Ryan Hanigan and fourth outfielder Chris Heisey.

It started in spring training when closer Aroldis Chapman was hit in the face by a line drive. No. 2 starters Mat Latos had setbacks from knee and elbow injuries. It continued into season; Joey Votto was limited to 62 games by knee/quad injuries. Jay Bruce had knee surgery in May and missed 13 games. Brandon Phillips lost 32 games in a left thumb injury. Bailey missed 40 games with an elbow injury.

One of the reasons the Reds are blaming thing on rough luck is none of them had the same injury. Bailey is coming back from Tommy John. DeSclafani has a strained oblique. Lorenzen is dealing UCL strain in his elbow. Lamb was recovering from offseason back surgery. Moscot strained an intercostal. And Mesoraco hurt his non-throwing shoulder.

“It’s been the rotation this year,” Jocketty said. “We’re still holding out own.”

Given the injuries and the schedule — the toughest in the majors in April — the Reds are fortunate to only be five games under .500.

Jocketty said he's hopeful that things will get better when players get healthy, with only one player (Mesoraco) likely to be out for the year.

“I feel confident we’re going to get back on track,” Jocketty said. “Hopefully, we’ll start getting guy back in the next week or two and stay competitive.”