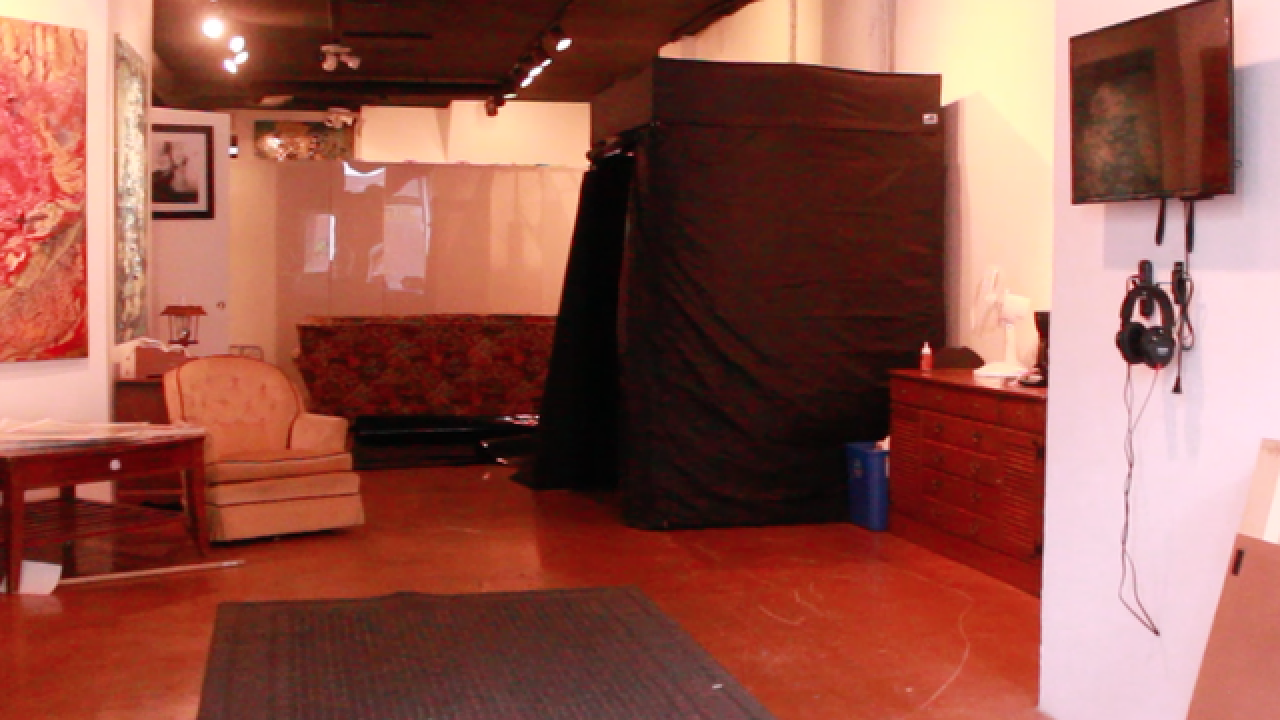 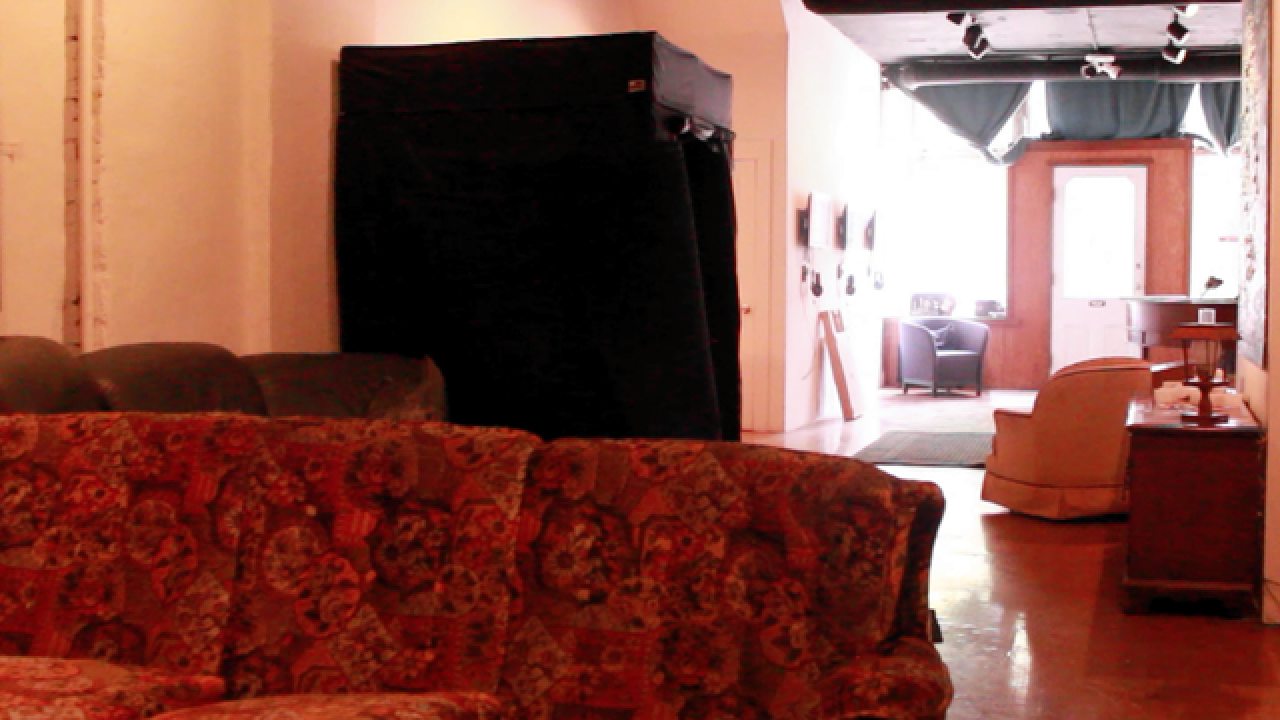 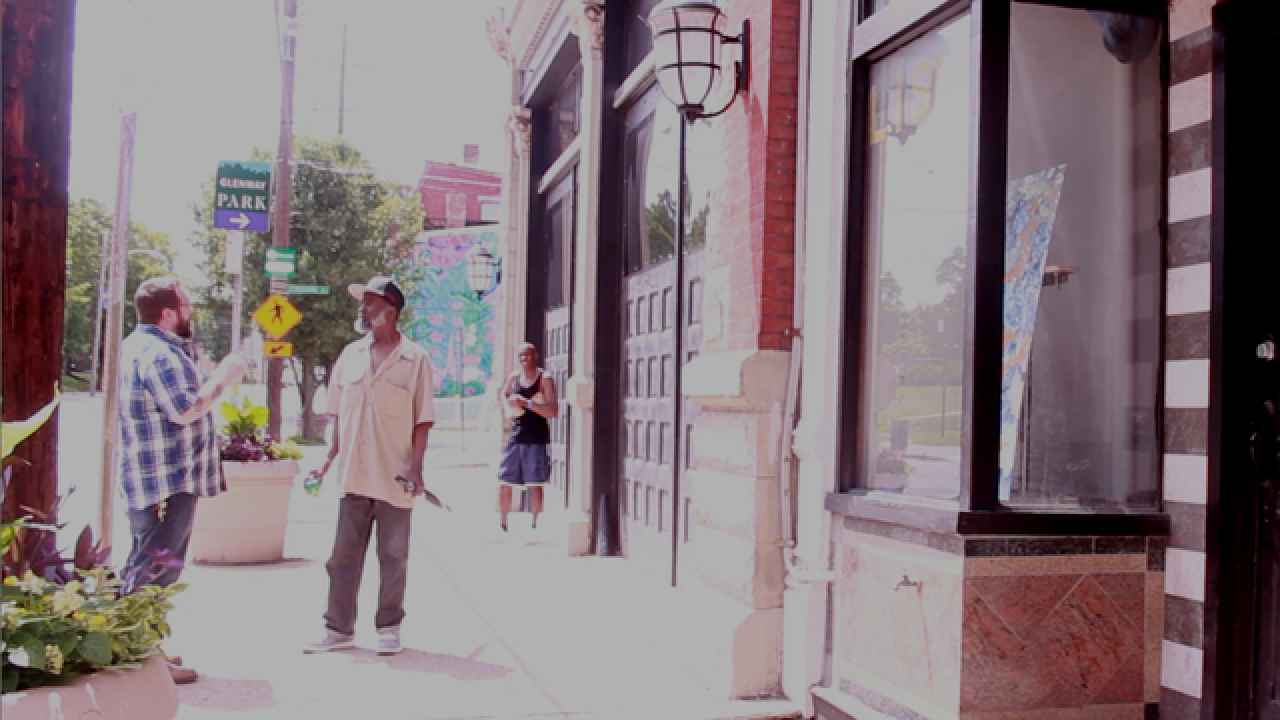 Take a tour through the Price Hill story gallery in the video player above.

CINCINNATI -- Community-building initiative Cincy Stories captured lightning in a bottle last summer with an unusual story gallery in Walnut Hills, and now the duo responsible hopes to avoid the sophomore slump as they expand into Price Hill.

“(It’s like) when a band comes out with their first album and it’s a hit and then the second album has so many expectations on it,” Executive Director Shawn Braley said. “I don’t think that many people have that many expectations on us, but we do on ourselves and there are some people that do, and we want to be able to do even better than what we did in Walnut Hills.”

They’ll have free drinks and food from local restaurants, live music and the opportunity for attendees to help preserve a history of the neighborhood by recording their stories in a specially built booth outfitted with a camera and iPad.

Price Hill is a neighborhood in flux as more Spanish-speaking immigrants continue to settle there. As Braley and Cincy Stories Creative Director Chris Ashwell crisscross the neighborhood to build relationships with business owners and community members, they’ve already noticed the friction between long-time residents and newcomers.

“The problem that we’re in nowadays is that we get upset at other people and then we don’t know how to communicate,” Ashwell said. “What we want to bring to our community is better understanding of one another. And (Price Hill) is a great example where people have not been able to make that connection to better understand one another.”

Cincy Stories is there to listen and produce short documentary films and photo essays for their award-winning gallery and website, but that’s not all. They want to take “actionable steps” and connect residents with community leaders so they can improve the neighborhood together.

One memorable story shared in Walnut Hills came from former professional baseball player George Smith, whose dreams were dashed by a car crash the day he was to try out for the major leagues. Video Archive owner Jacob Trevino knew he wanted to help as soon as he watched Jones’ story. Together, they brought youth baseball back to Walnut Hills after a 30-year absence.

“So, here you have this hipster speakeasy owner and this guy who sells DVDs on the corner and is on disability connecting to change the lives of kids and change the lives of individuals in our community,” Ashwell said. “That was a huge ‘a-ha moment’ for us. That was a moment that we realized that we can effect change with these stories.”

Watch Smith's story in the video player below.

“People can sniff out authenticity”

Every Friday evening in July, Cincy Stories will host gallery parties that they hope will break down walls between different segments of Price Hill’s population.

“If you would have told me before I started the project that I was going to make a friend who was an accused murderer,” Ashwell said, “that would have been a surprise to me.”

That’s exactly what happened at a gallery party last summer in Walnut Hills, Braley said. In walked a guy named Max who looked “a little bit rough,” sporting a white tank top, cornrows and face tattoos. He sat sullenly in the corner, munching on some food and listening, not at all looking happy to be there as attendees discussed “trivial” times they were accused of something they didn’t do.

After a while, Max spoke up, sharing how he spent nine months in prison for a murder he didn’t commit before police realized the bullet didn’t match his gun.

“He became a champion for us and started bringing in all of his friends, his neighbors, his family members into our space and saying you got to watch my documentary on the TVs. These guys are cool. You can trust them,” Braley said. “He was our doorway into a whole group of people who wouldn’t trust us otherwise. They actually thought we were the cops. They thought we were this elaborate sting operation.”

The diversity of Price Hill means Cincy Stories will lean on its partner Price Hill Will to connect with community leaders and find more allies like Max, particularly among the Hispanic population. They’re on a limited time frame, though, as the Wegman Company is donating the story gallery space only through November. The pair plans to then take Cincy Stories into another, yet-to-be-decided part of the city, eventually reaching all 52 of the Queen City’s neighborhoods.

“And one of those men doesn’t know anything about video!” Ashwell interrupted, laughing.

Taking on five interns from the University of Cincinnati’s E-Media program in January enabled them to cover more ground while also teaching freshman through senior students how to use video equipment and connect with their community.

“This embedded style of journalism that we’re doing here means that we’re not looking for the story first, we’re looking for the person,” Ashwell said, “which really frees us up to capture a whole host of amazing stories that really unfortunately would go without being told if it wasn’t for projects like this.”

Cincy Stories’ work in Walnut Hills was recently nominated for an Ohio Valley regional Emmy for public/current/community affairs program alongside two WCPO shows and one from WLEX, the NBC station in Lexington, Kentucky. Cincy Stories also nabbed the best local film prize at the ReelAbilities Film Festival in March.

Ashwell sees his nonprofit newcomer going up against television stations with decades of experience as a bellwether for new media, predicting more online-only organizations will earn nominations in the coming years.

The recognition from their Walnut Hills success earned Cincy Stories funding for their Price Hill gallery from the Haile/U.S. Bank Foundation, LISC and ArtsWave. However, whether the story gallery proves as successful on Cincinnati’s west side will depend on the community.

“What we’re doing is a very people-focused thing, and so people dictate how it goes,” Braley concluded. “So, that’s exciting, and it’s also nerve-wracking.”