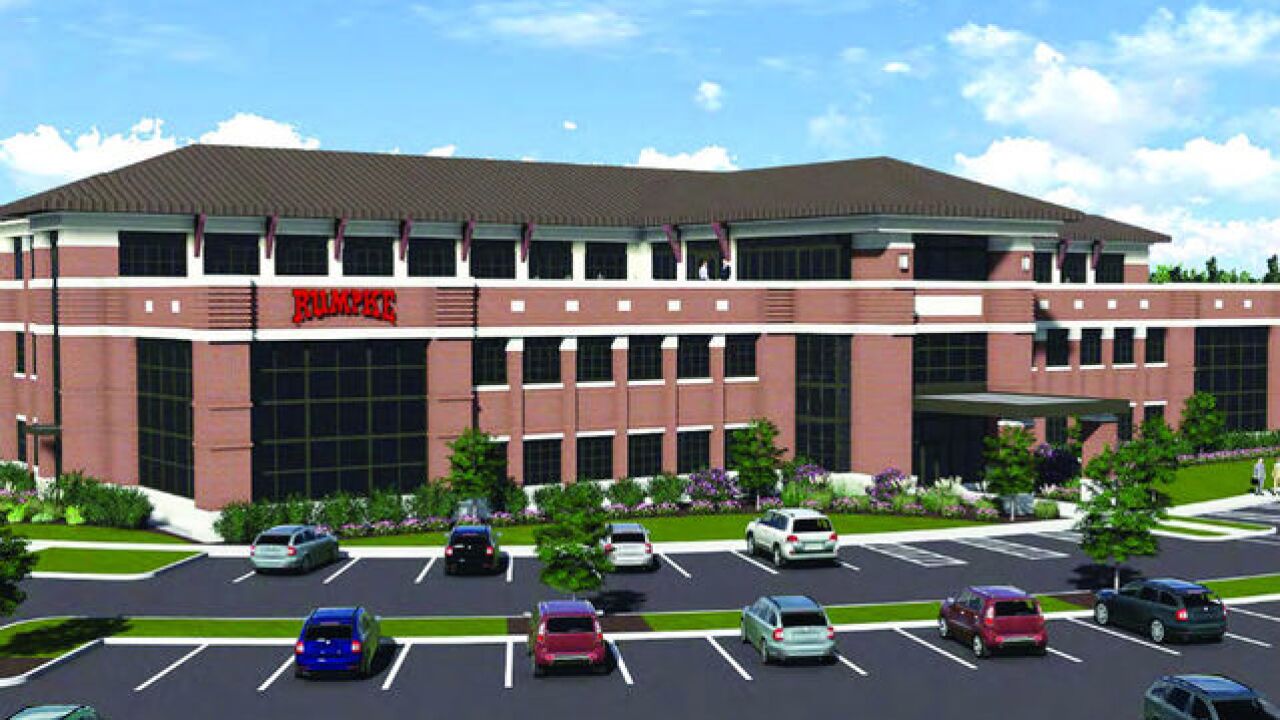 COLERAIN TOWNSHIP, Ohio --  Rumpke Waste & Recycling has picked up a partner in its plan for a new $20 million headquarters in Colerain Township.

The Port of Greater Cincinnati Development Authority last week approved a capital lease agreement that will largely help Rumpke offset some construction costs for the project, which will break ground in the coming weeks. Officials say the new digs will help keep 200-plus jobs in this northwest Cincinnati suburb, which Rumpke has called home since 1945.

Rumpke, a residential and commercial waste and recycling firm, plans to build a 64,000-square-foot, three-story consolidated office building on a 53-acre site at the corner of Struble Road and Colerain Avenue. The project has a $20 million price tag, Amanda Pratt, Rumpke’s director of corporate communications, told WCPO.

It's only the third time the Port Authority has executed such a lease with a private business, versus a developer, said Todd Castellini, its director of public finance. Rumpke is one of the largest private companies in Greater Cincinnati and is Colerain Township's largest employer.

Last year, the Port approved a long-term lease with Integrity Express Logistics, a third-party freight broker, for its new $20 million Blue Ash headquarters . Construction there is underway. And earlier this year, the Port voted on a lease with Nehemiah Manufacturing, which is building a new 182,000-square-foot facility on a 7.7-acre site in Lower Price Hill. Nehemiah employs people with criminal records or histories of drug abuse.

Such deals reduce construction costs for companies because the port is exempt from paying sales tax on building materials.

"We (enter these leases) for job creation reasons or general economic development reasons," Castellini said. "This project is important to the municipality, and the township has our full support."

The Rumpke site will also include a 250-space surface parking lot; a new $13 million maintenance facility, financed by the Ohio Air Quality Development Authority; a new roadway, financed in part by Rumpke and $1.55 million in tax increment financing from Colerain Township; and future office/manufacturing facilities for third parties. A company project fact sheet says the development area will include up to eight light industrial structures totaling about 316,000 square feet.

"The development opens up more than 300,000 square feet of development for Colerain Township," Rumpke said. "The development’s esthetic will enhance the overall attractiveness of the light industrial area and attract more development to the region."

That fact -- and that the project will allow Rumpke to retain its Colerain Township workforce of more than 200 -- is part of the reason the Port Authority signed on. One of its many missions is to promote economic development and job creation in Hamilton County.

The port said construction is expected to begin in July. Pratt said Rumpke hopes to break ground late summer and plan to move into the new building by early 2019.

The new building replaces a number of outdated structures currently located on Hughes Road, she said, and brings Rumpke corporate employees together under one roof.

"We appreciate the (Port) Authority’s review and decision to support the project," Pratt said. It further sets the stage, she added, for partnerships "with other great Ohio companies to complete the project. In doing so, we will secure jobs and help drive Ohio’s economy."

The company, founded in 1932, has around 3,000 employees total with locations, landfills and recycling centers in Ohio, Indiana, Kentucky and West Virginia.