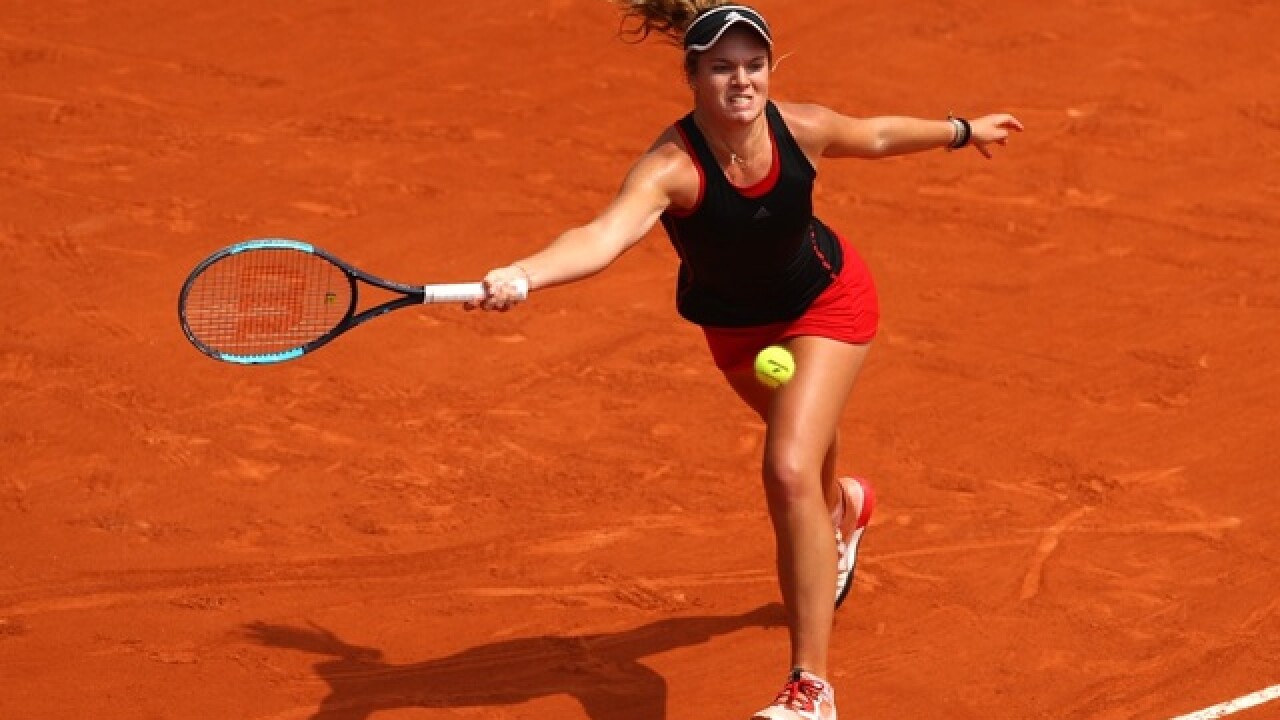 Image copyright 2018 Getty Images. All rights reserved. This material may not be published, broadcast, rewritten, or redistributed.
Cameron Spencer/Getty Images
<p>PARIS, FRANCE - JUNE 09: Caty McNally of The United States in action during the girls singles final against Cory Gauff of The United States during day fourteen of the 2018 French Open at Roland Garros on June 9, 2018 in Paris, France.</p>

CINCINNATI -- Good morning, everyone. Hope your weekend was a good one!

1. On this day in history in 1938,  Johnny Vander Meer of the Cincinnati Reds threw a no-hitter to beat the Boston Braves 3-0. Four days later, he also would throw a no-hitter in Brooklyn. His feat of back-to-back no-hitters has never been matched in 80 years.

2. On this day in history in 1978, Nancy Lopez won the LPGA Championship, which was being contested at the Grizzly Course at Kings Island for the first time. She won by six strokes. Great tournament -- I wish it was still here. Lopez also won the LPGA title in 1985 and 1989 while it was at the Grizzly. It's one of the major tournaments on the women’s circuit.

4. It’s the end of a bad streak: Until Sunday, the Reds had lost 13 straight games to the Cardinals and had lost 11 straight to St. Louis at home.

5. Billy Hamilton had a great day in the field Sunday, throwing out two base runners and making two outstanding catches. He also tripled and scored twice.

6. There’s no Monday baseball for the Reds. They'll begin a series Tuesday in Kansas City.  Joey Votto will be the designated hitter in KC.

8. Cincinnati's Caty McNally paired with Iga Swiatek of Poland to win the French Open girls’ doubles title in straight sets. What makes this even more remarkable is that Caty lost earlier in the day in the girls singles championship in a three-setter. Caty is a 16-year talent from Madeira with a lot of energy.

9. I did a story two weeks ago on University of Cincinnati high jumper Loretta Blaut. This weekend she tied for second at the NCAA Outdoor Track & Field Championships in Eugene, Oregon. She cleared 5 feet, 11.5 inches but missed three tries at 6 feet.  Congratulations to the Seton High School product.

Should be a calm Monday, with no Reds, NBA or NHL. What will we do?