COLUMN: Is media to blame for Trump craze? 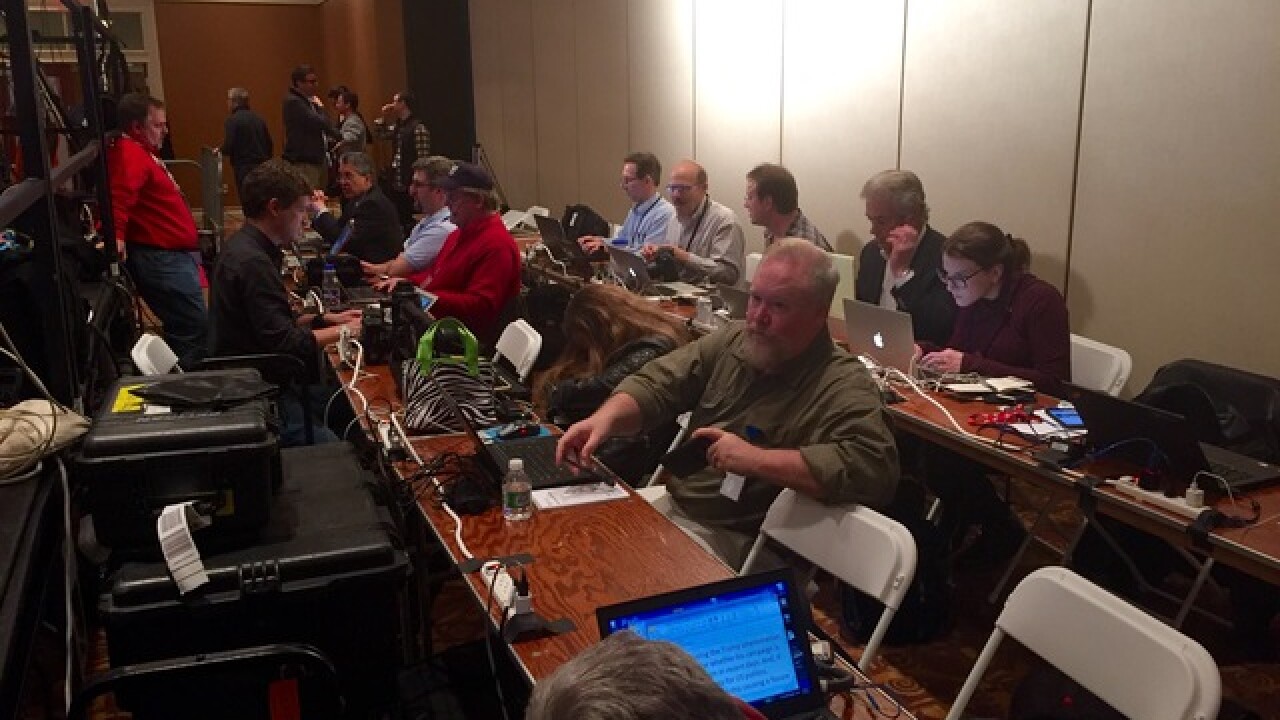 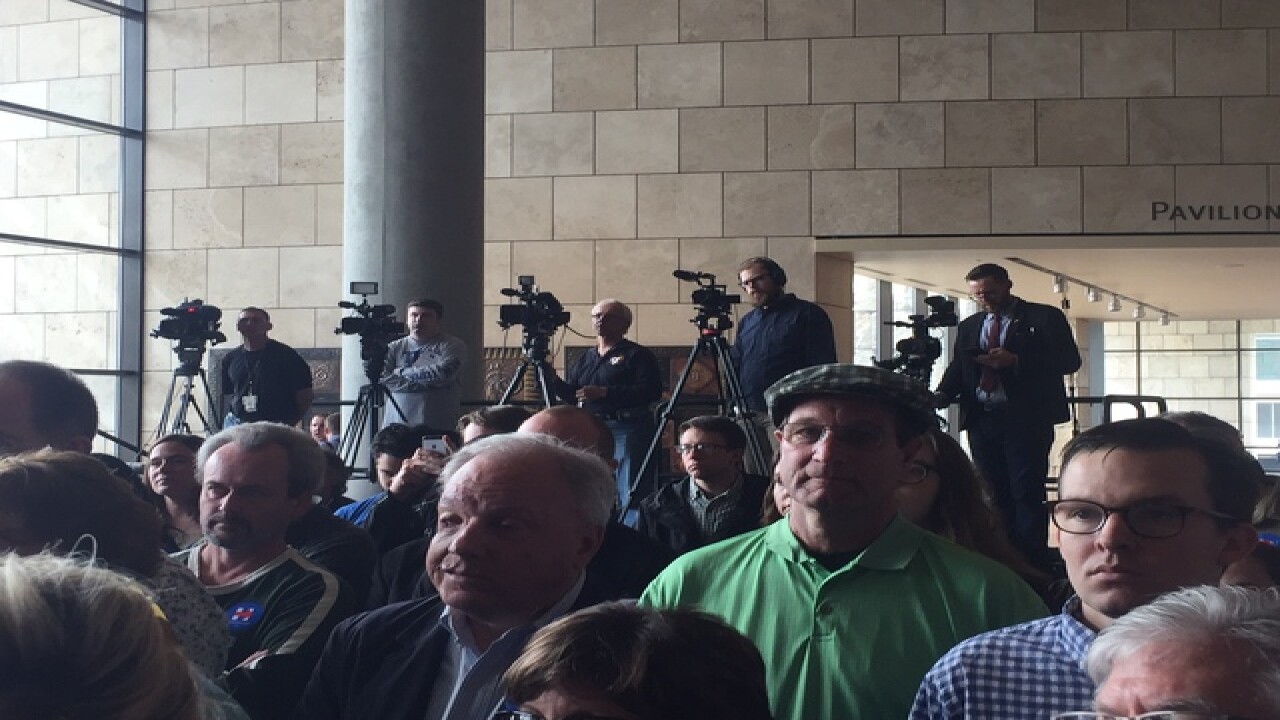 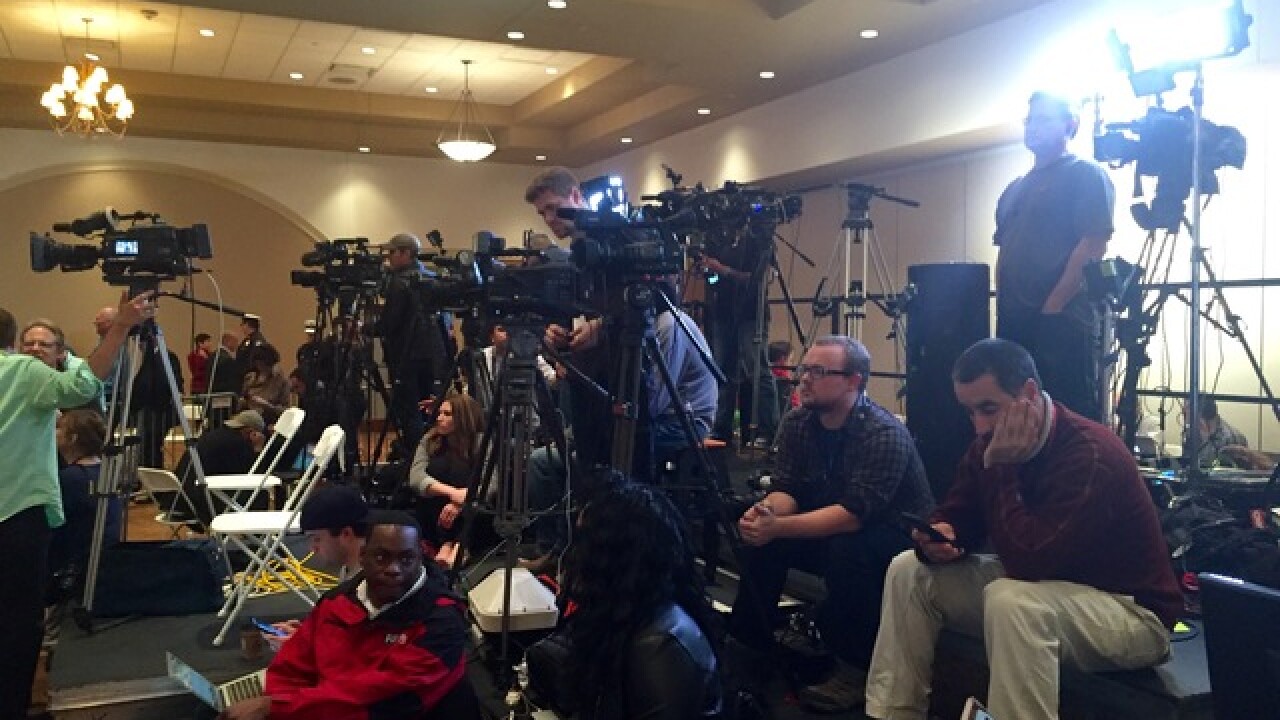 By: Amanda Seitz
Posted at 6:03 PM, Mar 13, 2016
A two-term president, a sitting Ohio governor in a race for the White House, a former First Lady now stumping to be president and a Democratic Socialist running an unexpectedly close campaign against her all came to the Buckeye State his weekend.
If I were a journalist, I would think all of those things make pretty darn good story lines.
Yet, none of those visits stood a chance of getting as much media attention as one man who flew in for two 60-minute campaign stops in southwest Ohio this weekend.
What kind of man would command so much airtime? Businessman, real estate mogul and reality TV star Donald Trump.
At a John Kasich event in Sharonville on Saturday — his only in the Cincinnati area so far ahead of Tuesday’s primary — maybe a dozen reporters showed up, most of them local.
A Bill Clinton campaign speech for his wife at the National Underground Railroad Freedom Center on Saturday morning brought only a handful of local reporters. A Downtown convention gathering packed with hundreds of Republican Sen. Ted Cruz supporters largely went ignored. The Bernie Sanders and Hillary Clinton events in Columbus today will attract some solid, national attention but nowhere near what Trump will get.
Trump drew hordes of reporters to his events this weekend.
Rows of tables were set up to accommodate dozens of the reporters covering his rally and still there wasn't enough space. TV cameras, tripods and cords were twisted with one another on the media risers. At least six satellite trucks sat outside the West Chester event space so reporters could break in to television sets with the latest.
Some local media outlets sent as many as eight reporters to Trump’s West Chester town hall Sunday. They hurriedly Tweeted Trump’s statements, captured photos of him and filed the latest updates.
That’s a lot of reporters to deploy for one local happening — especially considering just the day before, Cincinnati media sent teams of journalists to cover his Dayton rally. I used to work in Dayton so I’ll say with confidence that rarely does a Gem City-area occurrence attract so much attention from neighbors down south.
Listen, I’m guilty here too: I was enamored with my television this weekend.
I could have spent my Friday night catching up on the latest season of House of Cards, but why turn on Netflix when the real thing — the 2016 presidential race — is equally entertaining?
Yes, Donald Trump must be fantastic for ratings, I thought several times to myself as I stared at the tube.
Saturday was my first day off in more than a week, yet I was fearful to miss the latest developments on the race.
I couldn’t rip myself away from CNN and Twitter. For hours, the news revolved around Trump. Even when CNN broke in to catch a moment of Kasich’s speech in Sharonville, the only reason they did so was to get his reaction on the Trump rally.
Anytime Cruz or Florida Sen. Marco Rubio were splashed on screen, it was to play a sound bite of them talking about Trump. The network discussed Bernie Sanders’ reaction to the Chicago rally for a few moments. Democratic front-runner Hillary Clinton wasn’t mentioned for hours.
Eventually, around noon Saturday, I pulled away after feeling a little drunk on Trump. I would observe him in West Chester in a few hours, anyhow.
We’ve seen the style of other politicians’ events hundreds of times before in campaign cycle after campaign cycle. Kasich’s spoken to Republican leaders over pancakes and coffee dozens of times. We’ve watched Bill Clinton deliver speeches accompanied by light applause in nice museums for decades.
All of that sounds so boring — stuffy, even — when brawls are breaking out at the other guy’s rally.
Trump's rallies are entertaining and gritty. Until recently, his style is something we hadn’t seen from a presidential candidate.
Still, if the media simply covers the most entertaining event of the day, what sets us apart from cameramen covering an up-and-coming reality TV show?
If more reporters showed up to a John Kasich town hall, would he be up in the polls? If CNN pundits spent hours dissecting every word Bernie Sanders or Hillary Clinton spoke, would the Democratic debates somehow be a little less boring? If we all stopped covering Donald Trump ad nauseam, would he stop being the GOP frontrunner?
That’s what the other candidates assert.
Me? I don’t know. Maybe Trump is so interesting and so well captures the frustration of average Americans that media coverage doesn’t make a difference.
But, boy, I can’t help but wonder.
Amanda Seitz covers politics for WCPO.
Scripps Only Content 2016