Plans for Cincinnati's The Banks riverfront project shrouded in secrecy 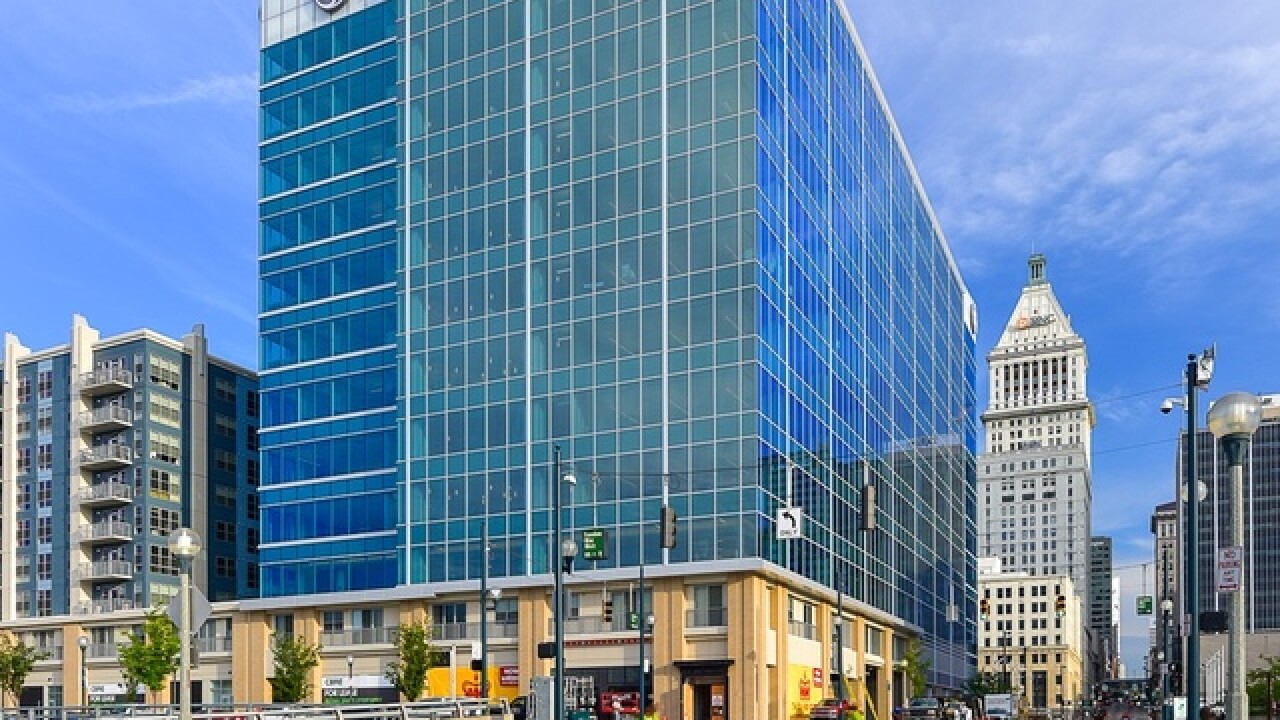 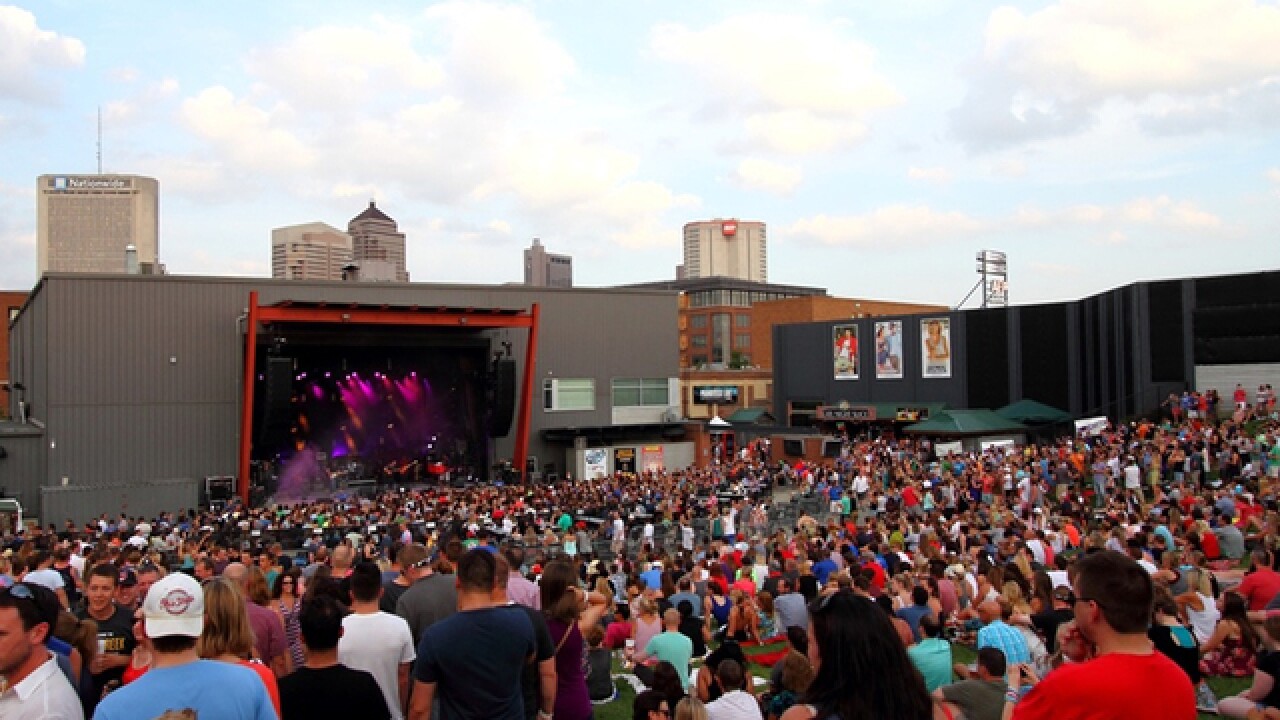 CINCINNATI -- It has been two years since the powerful group that guides decisions at The Banks riverfront development project has met in public to discuss the project’s future.

Taxpayers have invested more than $100 million in infrastructure for the project, which is home to General Electric’s U.S. Global Operations Center, two stadiums, and an AC Hotel Cincinnati, set to open sometime this year.

Not to mention: The public owns the land upon which those developments sit.

Yet taxpayers have had little chance in recent years to offer input on what will eventually be Cincinnati’s largest single, mixed-use development. Other city neighborhoods, such as Over-the-Rhine, undergo intense public scrutiny before new buildings go up.

The last time that high-powered, publicly appointed group, called the Joint Banks Steering Committee, held a public meeting was May 28, 2015.

“We get virtually nothing on The Banks,” Cincinnati Councilman Kevin Flynn said. “There’s not really much to say because we don’t know anything. I mean, I’d like to know more.”

Public records requests made by WCPO, however, produced documents from both the city of Cincinnati and Hamilton County revealing that Banks officials have met behind the scenes at least four times to discuss the project’s future or a major development there. One legal expert says the committee is considered a public body, and should follow state law requiring it to conduct business openly.

A plan to relocate University of Cincinnati’s law school to the riverfront, new marketing efforts approved by the steering committee, and property acquisition discussions have all been considered by Banks leaders in the last two years; but county officials insist The Banks Steering Committee hasn’t met since 2015.

Several city and county leaders WCPO contacted were uncertain about when the steering committee last met, if their meetings should be public, and when the committee planned to meet next. Also unclear: who – if anyone – is responsible for publicizing the group's meetings.

“Since I am not a member of the (Banks Steering Committee), I am not able to comment on their meeting scheduling, meeting minutes, agendas or public notices,” Phil Beck, Hamilton County’s project executive for The Banks, wrote in an email.

Cincinnati Mayor John Cranley also was unsure about those questions.

“I don’t know off the top of my head as to what the legal requirements are or if they are even subject to them,” Cranley said. “But at a big picture level, remember they can’t do anything without City Council approval or the county’s approval for zoning, for money. We own the real estate and so essentially they screen ideas.”

The lack of public meetings hasn’t kept The Banks out of the spotlight. Six restaurants have closed there over the past two years, leaving some wondering if enough people visit, outside of football or baseball games, to bolster its success.

The Banks got another blow in August 2016 when UC trustees voted to keep its law school on the main campus, instead of moving it to The Banks.

Even as county, city and UC leaders debated the possibility of a new law school at The Banks, the Joint Banks Steering Committee never met in 2016, county officials say.

In May 2016, WCPO asked the county for a meeting schedule of the steering committee.

None existed, an attorney for the county advised WCPO that June. The last meeting that county officials had record of was in May 2015, to sign off on the AC Marriott Hotel deal.

“There are no regularly scheduled meetings of the JBSC. Meetings are scheduled when the need arises,” Hamilton County Assistant Prosecuting Attorney Roger Friedman wrote in a letter.

But additional records WCPO obtained through another public records requests show working groups were convened in 2016 to push forward a plan for a law school location to open at The Banks. And, at least one meeting of the Joint Banks Steering Committee might have been held that year.

Tom Gabelman, the attorney who represents the county on The Banks project, told WCPO in an email: “To be clear, there were no (Joint Banks Steering Committee) meeting with the University Working Group or JBSC during the time period referenced.”

City and county officials appoint members to the Joint Banks Steering Committee, which makes it a public body.

That would also make the committee subject to open meetings laws, said Jack Greiner, a public meetings and records attorney.

“You can’t hide behind a committee,” Greiner said. “It’s the body that appoints it. All three of those bodies – the county, the city and, frankly, UC – are subject to the open meetings act.”

The Joint Banks Steering Committee has had trouble with open meeting laws before. In May 2015, a Cincinnati Enquirer reporter was barred from attending one of the committee’s meetings.

Greiner said a committee can hold informational sessions without making them public, but the law gets sticky on that type of meeting. Since The Banks steering committee doesn’t have a regular meeting schedule, they should notify the public by providing a date, time, and location of any meeting they hold.

“I think they may be … telling you a half truth so to speak,” said Flynn, who is a real estate lawyer. “There’s been no meetings of that group, but there’s been meetings concerning the development of The Banks, mostly containing county staff members with an attorney. But there have been meetings on development, just not committee meetings.”

‘No one really owns The Banks’

Development projects in other Cincinnati neighborhoods, such as Oakley or Over-the-Rhine, are often peppered with questions from the public before becoming reality. Committees and council members ask developers about affordability of housing projects, how projects fits into the historic look of neighborhoods, or if the developments allows for easy flow of pedestrians or cyclists.

But The Banks, which was essentially a mud pit two decades ago, typically escapes that public scrutiny.

Members of the city’s advisory Urban Design Review Board, for example, are sometimes among the last to find out about a new development on the riverfront, said board member John Senhauser. The board doesn’t make decisions on how a project should look, but gives input on the design of public and private developments Downtown.

Senhauser said the board works with developers, architects and business owners to construct a design that fits the city’s landscape. He described the significant input the board gave years ago to make sure the Contemporary Arts Center on Sixth Street matched the visions of both the building’s designer and city leaders.

But the board has had little say over projects – such as the new hotel or apartment properties – at The Banks.

“There are times we would have like to have been heard,” Senhauser said. “We probably aren’t looped in as early as we may feel we would like to be, when you can have the most influence.”

That’s left some underwhelmed by the design of new buildings at The Banks, such as the GE Global Operations Center or the apartment complex.

Architectural critics believe The Banks doesn't match the look of other buildings in the city's core, and looks more like a suburban development.

“This is an extension of a Downtown, an urban neighborhood,” Senhauser said. “I think we might have looked at elements that would have contributed more to an urban character.”

The Banks, which only has two apartment units, doesn’t boast a strong residential base. That could be why city dwellers don’t weigh in on the projects, said John Schneider, a former member of the city’s planning commission.

“No one really owns The Banks like they own Over-the-Rhine, or Westwood and Hyde Park,” said Schneider, who served on the board from 2007 to 2017. “I couldn’t name a single civic leader who lives at The Banks.”

During his 10 years on the board, Schneider saw the riverfront transform and describes his experience with The Banks planners and developers as a positive one.

Some, however, have tried unsuccessfully for years to get answers from The Banks’ leaders.

PromoWest Productions has spent three years -- and $100,000 -- trying to build an indoor and outdoor concert pavilion in Cincinnati.

In interviews last year with WCPO, PromoWest CEO Scott Stienecker said he had been turned down twice to build at different locations at The Banks. He’s also heard mixed messages from The Banks' leaders who, at one point, told him his concert plan was nixed, only to afterward tell him that it wasn’t.

Today, it’s still unclear if that concert venue is any closer to being built.

“I’m still very interested in building a PromoWest pavilion in the Cincinnati market,” said Stienecker, who declined to comment further.

In December 2016, Hamilton County Commissioner Todd Portune said he would hold a public update on The Banks project once Democrats took control of the board in January to address outstanding issues, such as the concert venue.

But five months later, no update on The Banks project has been given. The last public update the commissioners received was in December 2015.

And no one seems to know when the next public update will come.

“Certainly before any decisions are made on the selling of real estate or development or zoning, anything that would actually put a shovel in the ground … you should be allowed, as any public member should be allowed, to be at (a meeting) like that,” Cranley said. “I just don’t know off the top of my head if it’s considered a public body.”