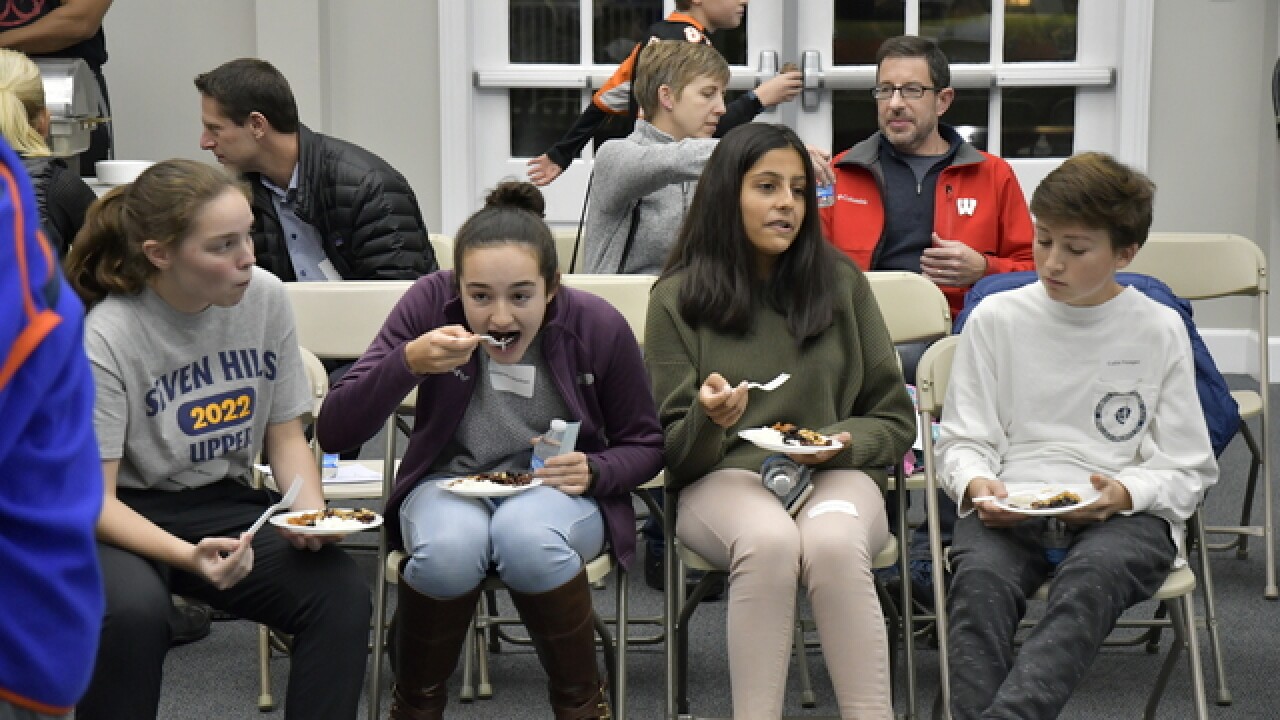 Copyright 2017 Scripps Media, Inc. All rights reserved. This material may not be published, broadcast, rewritten, or redistributed.
Provided
<p>Those who drew tickets representing the middle-income tier ate their rice and beans seated in rows with no tables.</p> 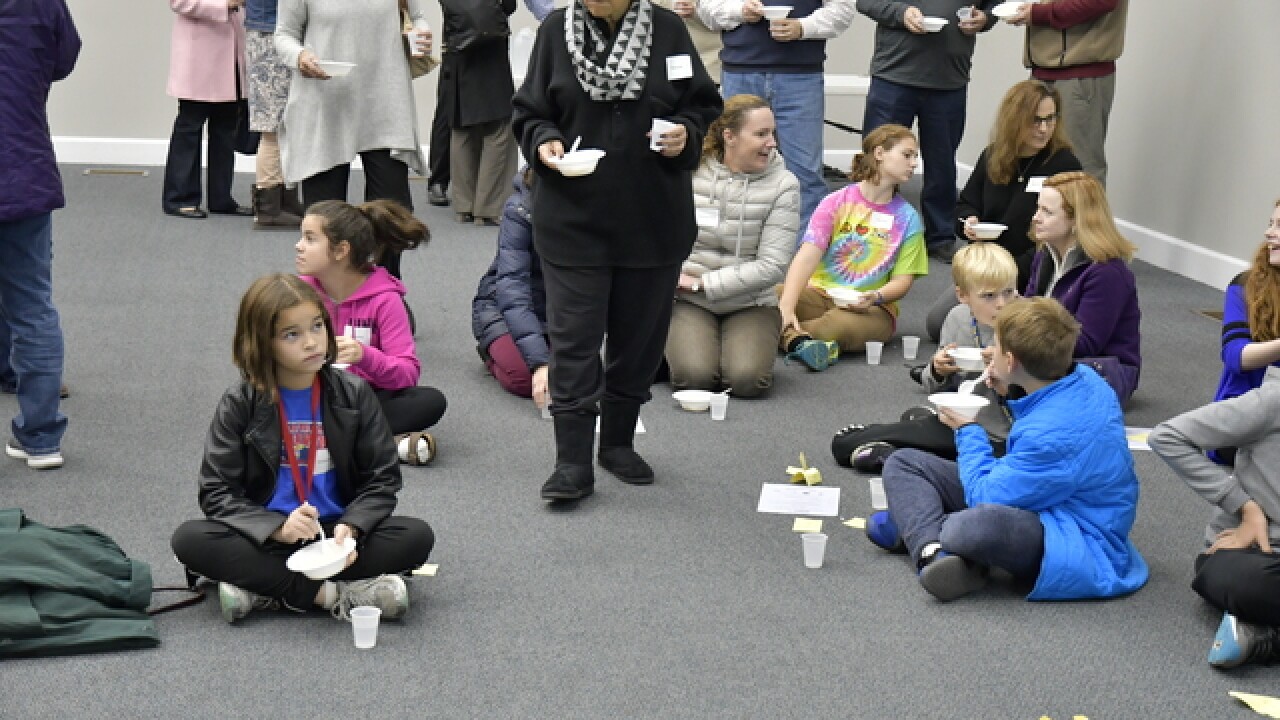 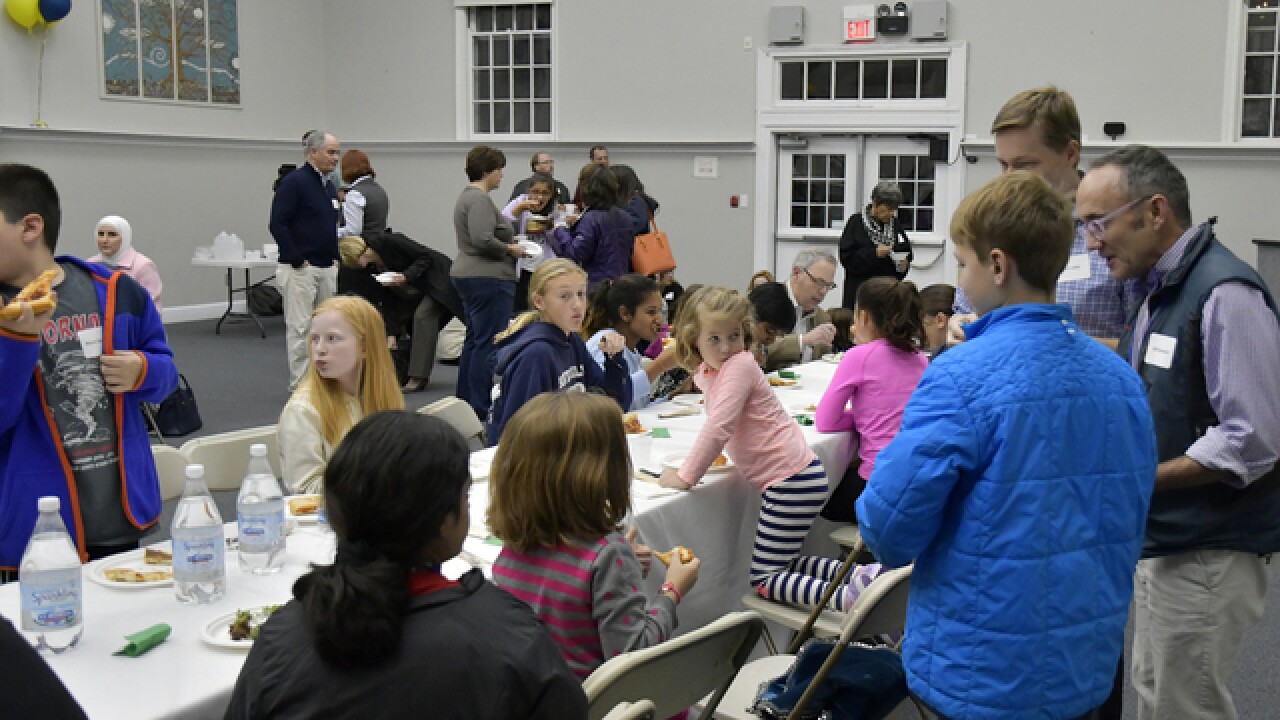 CINCINNATI -- Seven Hills students got a taste of hunger at a recent middle school banquet.

A week after celebrating a holiday centered on feasting, sixth- through eighth-graders participated in the school's second hunger banquet. The event illustrates disparity in food security by treating students to different meals based on randomly-drawn tickets.

"The hunger banquet simulates the luck of the draw of where you're born," said Bill Waskowitz, head of Seven Hills Middle School.

The hunger banquet was created by nonprofit organization Oxfam International , which works to fight poverty around the world. Educators first brought the event to the Seven Hills Middle School in 2014 and plan to host it every three years.

"The reason we do that every three years is to give our students a chance to go through the program, and we don't want to repeat it while they're still in the middle school," said French and Spanish teacher Jacky Kalubi.

During the event, students and their guests drew tickets to determine their meals. Tickets came in three different colors, each representing an income tier.

Participants in the high-income tier received salad and pizza from Dewey's Pizza. Those in the middle ate rice and beans. Individuals who drew low-income tickets got rice and water.

The tickets also determined seating arrangements. Diners ate at tables covered with tablecloths, seated on chairs with no tables or sitting on the floor.

The number of people in each income group provided a tangible representation of poverty distribution around the world, based on Oxfam statistics. Of those in attendance, 20 percent were in the high-income tier, and 30 percent fell in the middle. The low-income group made up the remaining 50 percent.

"I hadn't really thought of how many people there were who were less fortunate than me," said Seven Hills eighth-grader Caitlin Drew.

She was in the 20 percent who received the high-income meal. Fellow eighth-grader Julia Moser drew a low-income ticket.

"I was pretty excited, but then I looked over at Julia, and she had the yellow card, which was the lowest card," Drew said.

Moser wasn't too disheartened. The experience heightened her awareness of her own food security in contrast with others around the world.

"I know if necessary I could go and get something else to eat at home," she said. "The majority of people don't have that food security."

While the event teaches students about poverty on a global level, Kalubi also uses it as an opportunity to highlight issues like food scarcity and food deserts locally.

"It's amazing that it is real and shocking when (students) realize that it happens not far from school," she said.

In addition to teaching students about poverty, the banquet was an opportunity for them to play their own part in fighting hunger. Each participant paid $1, representing what many families around the world spend on food in a day. The money went toward the school's annual food, toy and clothing drive, which benefits The Caring Place.

"It's making me think more and more about what we actually have and how we can help," Moser said.