Paranormal presence at historic Sedamsville Rectory is a hoax or a reality, depending on who you ask

'One of those enigmas' 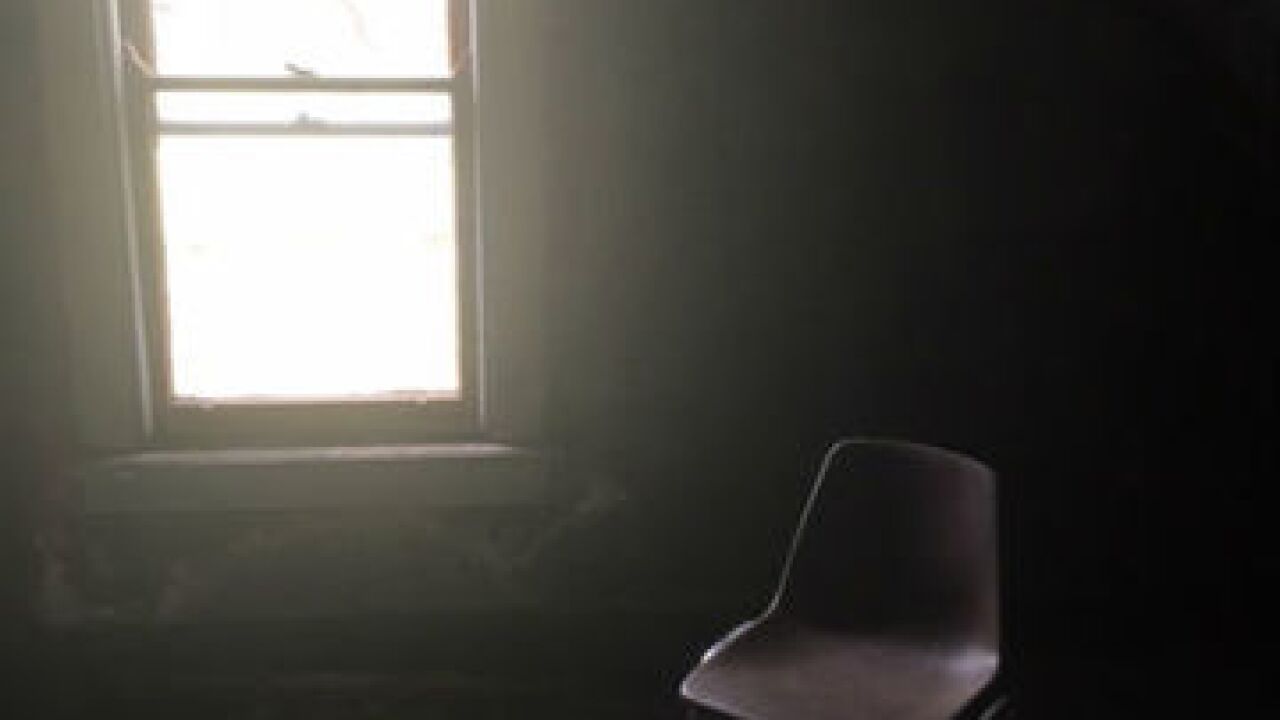 Copyright 2017 Scripps Media, Inc. All rights reserved. This material may not be published, broadcast, rewritten, or redistributed.
<p style="margin-bottom: 0in">According to Dave Spinks, who has been a paranormal investigator since 1986, there is some "really negative energy" within the walls of the Sedamsville Rectory. Allison Cohen | WCPO contributor</p> 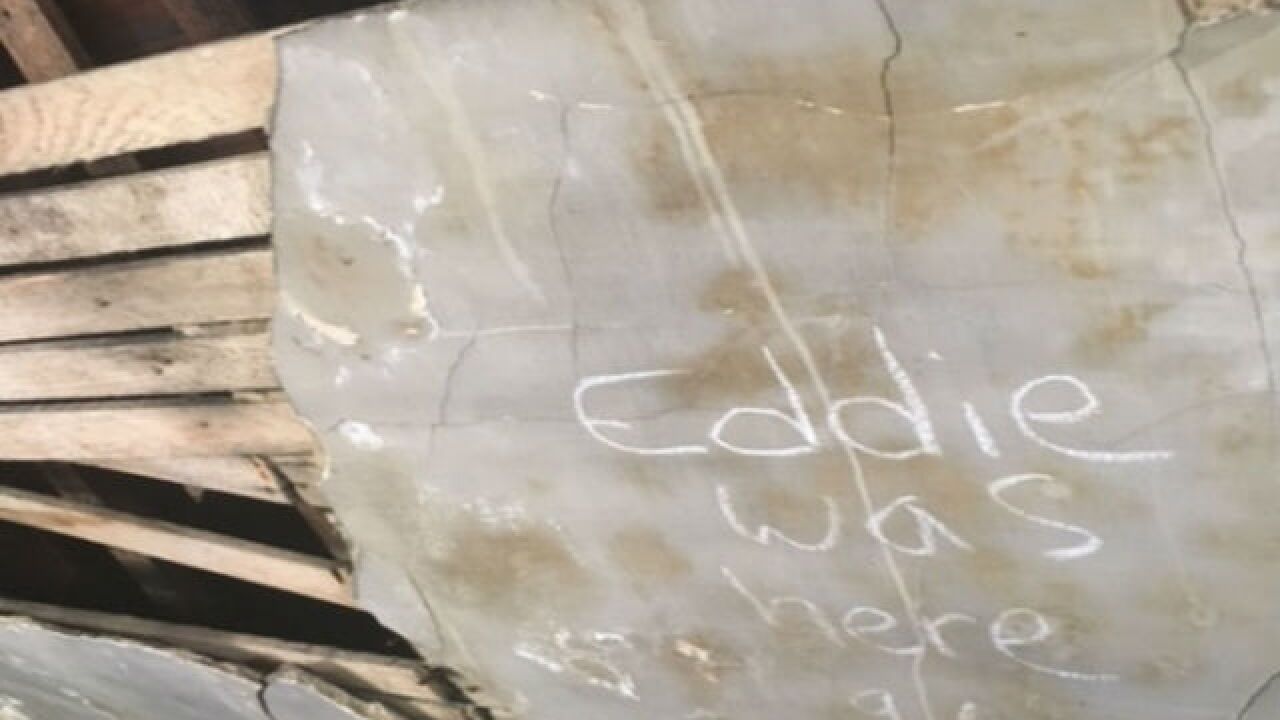 CINCINNATI -- Sedamsville is a small yet spirited community -- though what kind of spirits is up for debate.

Walsh said Sedamsville is known for two things: Pete Rose and one of the most haunted houses in America.

It's called the Sedamsville Rectory.

Long before Rose learned to play baseball in Sedamsville, the town where he was born, a booming German Catholic population in the neighborhood led to the founding of Our Lady of Perpetual Help in 1878. According to a small booklet published by the parish for its centennial celebration, the rectory was built in 1891 to accommodate the growing parish.

Plagued by floods and devastated by the expansion of U.S. 50, Sedamsville withered and so did the parish, which closed in 1989.

Now, the citizens of Sedamsville cling to the things that make their part of town special, even if it’s a little weird -- or haunted.

"I think they’re proud of it,” said Walsh. “Even though people may look down on it.”

In 1995, John Klosterman purchased Our Lady of Perpetual Help and its rectory from the Archdiocese of Cincinnati with plans to rent the properties.

Chris Caine lived in the rectory from June 2006 to May 2007. Caine is a fifth-generation, lifelong resident of Sedamsville and though he never experienced anything paranormal while living there, he agreed that his neighbors are strangely proud of the rectory’s spooky reputation.

“They like being recognized because it always seems as if we are the forgotten neighborhood,” said Caine. “People talk about the rectory all the time. The longtime residents would like to see the rectory and church be developed and become ‘alive' once again.”

Though the ghosts evaded Caine, two of the rectory’s former tenants, Tim Brazeal and Terrie Scott, promoted it as a hot spot for paranormal investigation. According to their website, the building has been featured on three television shows including “Haunted Collector,” “My Ghost Story” and “Ghost Adventures.” Brazeal and Scott could not be reached for comment.

In an episode of “Ghost Adventures,” Father Jack Ashcraft is portrayed as performing an exorcism on a possible demonic entity in the building. However, Ashcraft said that the show may have misled viewers.

“When I was called in, I went in there to do a blessing on the property,” he explained.

Ashcraft noted that the blessing does include a minor exorcism, but “Ghost Adventures” made it seem much more dramatic.

“It’s not as simple as these TV shows make it out to be,” he said.

Ashcraft added that demonic forces are usually very responsive to a house blessing. Furniture will spontaneously fly across the room and disembodied voices can be heard, but he said none of that happened during his time in the rectory.

“When we were there, there was only one experience we had: a strange sulphuric smell. That is not evidence that anything preternatural was there,” he said. “Smell can come from anywhere, anything. I do not believe anything is going on in that property at all.”

Yet some professional ghost hunters disagree with Ashcraft’s assessment of the rectory.

“Definitely in my opinion, there’s some really negative energy in that place,” said Dave Spinks, who has been a paranormal investigator since 1986. “It’s in my top five for really crazy paranormal locations.”

Along with friends Sean Austin, Phil Arnone and a man who goes by the name “L.A. Beast,” Spinks traveled all the way from West Virginia to investigate the rectory. Spinks said that he tries to approach every paranormal investigation as rationally as possible.

“We try to rule out anything that could be causing the disturbance other than a ghost,” he said.

During their visit, Spinks and his friends had been in the rectory only a few minutes when the paranormal activity started. As they started to explore the attic, Spinks felt his face burning.

“Within five to 10 minutes of being inside, I got a scratch on my face,” he said. “It just appeared on my face. It was not me.”

The investigators then moved downstairs and set up their equipment on the first floor. They used a device called a “Ghostbox,” a modified radio that constantly scans radio frequencies. The Ghostbox provides white noise and Spinks said supernatural entities can harness that white noise to communicate.

The group asked the Ghostbox a few questions and began to hear the voices of small children on the frequencies. The voices seemed to be asking for help, but as they continued to talk to the Ghostbox, another voice appeared. Spinks described the voice as “deep, groggy and growling.”

“As we kept trying to communicate with the child spirit, the growling got worse and worse,” said Spinks.

While they tried to keep the communication going, Arnone began to complain that his back was burning. His friends lifted Arnone’s shirt to discover a vertical line scratched down his back.

“You could see it was getting redder and redder,” said Spinks.

The friends watched as another line appeared on their friend’s back. Spinks said the two lines intersected in a way that made an upside-down cross.

“It was really unnerving, to say the least, and I’ve been doing this a long time,” said Spinks.

Spinks wasn’t sure who or what could be responsible for the paranormal activity they experienced. If a tragedy happens somewhere, he said, it's “more than likely” that the negative energy will stick around and “cause weird disturbances.”

However, he'd done research on the rectory's history and hadn't discovered anything conclusive that would cause the disturbances.

“Sedamsville is one of those enigmas of the paranormal,” said Spinks.

Klosterman still owns the rectory and said he plans to embrace the building’s haunted reputation as he converts it to an Airbnb. He hopes that renovating the rectory will help Sedamsville residents recover their history as a popular, bustling neighborhood.

“I’m not going to believe any ghost stories until one comes up and bites me,” said Klosterman. “But if people want to stay here and bring their Ouija boards, that’s fine with me. It’s up to their imagination.”