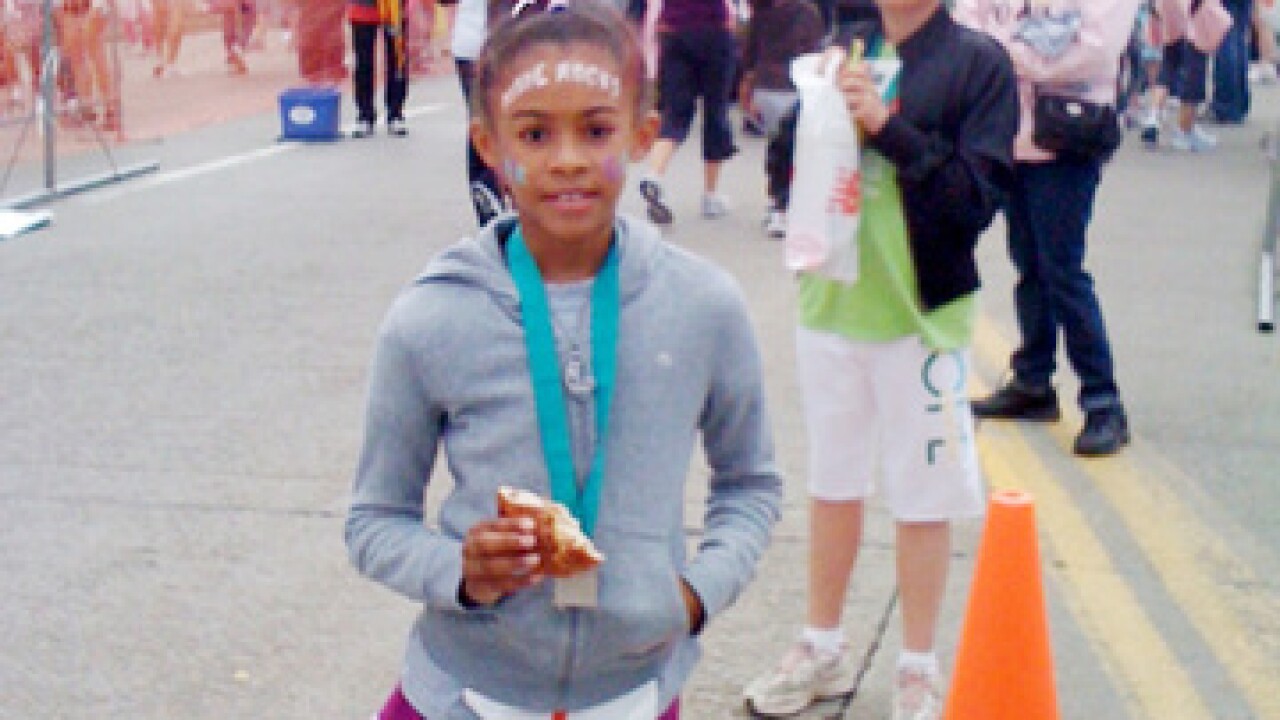 <p>Navia Palmer as a third-grader in 2010 poses after finishing her first Girls on the Run 5K. (Provided/Erica Palmer)</p> 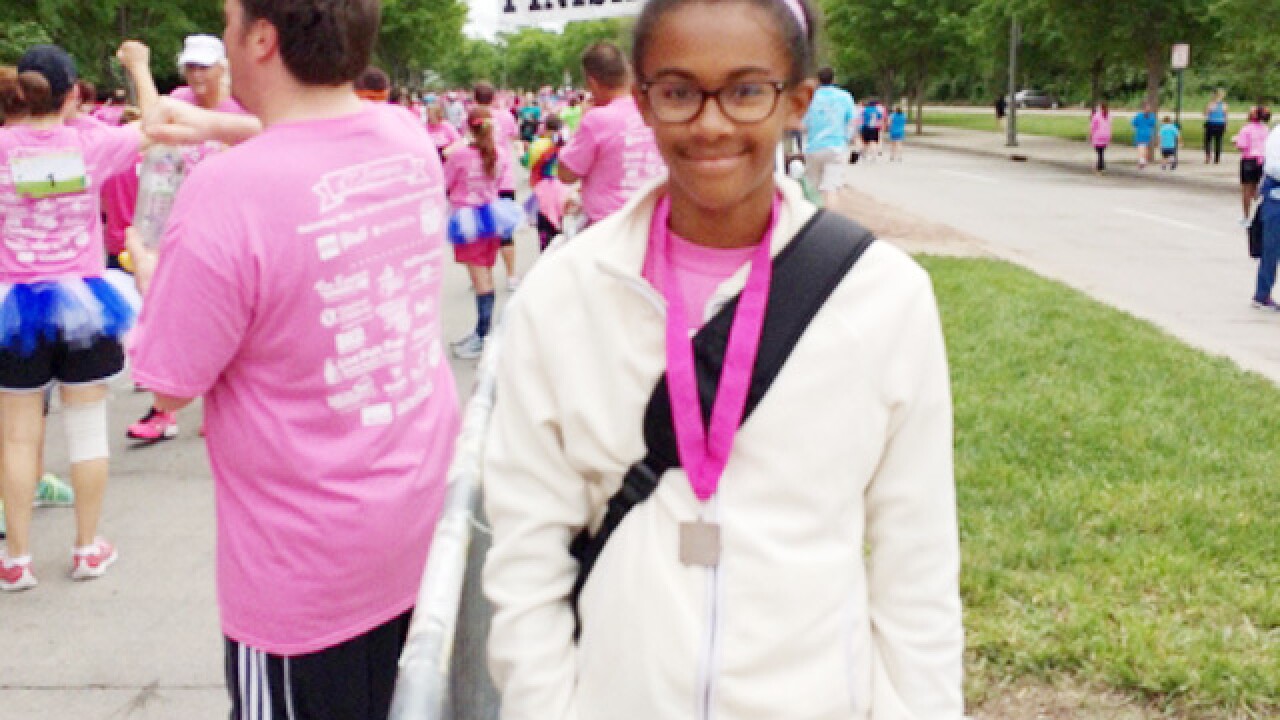 CINCINNATI -- Last summer, 14-year-old Navia Palmer climbed onto a bus at the Dunham Recreation Center in Westwood for a summer camp outing with a group of friends.

Palmer had been attending the camp with the same group of friends for the past five years, but that day, for whatever reason, they turned on her.

“One of the girls told me I couldn’t sit with them,” she said, “so I had to sit somewhere else. The same thing happened on the ride back. That’s when things started to go downhill.”

Palmer said the bullying escalated and that she lost her group of friends that summer. “It really diminished my self-confidence.”

Luckily, however, she had tools in her arsenal to combat the bullying, thanks to her participation in Girls on the Run Greater Cincinnati.

Girls on the Run is a nonprofit program for girls in third through eighth grade. It focuses on teaching girls their potential and giving them the confidence they need to pursue their dreams.

Girls on teams of eight to 15 — formed through either their school, community center or church — meet two days a week for 10 weeks each fall and spring to discuss topics such as teamwork, valuing relationships and self-awareness.

They also run. The girls train for a 5K run/walk (that's 3.1 miles) at the end of each session.

In Greater Cincinnati, Girls on the Run this season has 121 teams in 10 counties and 1,550 girls participating overall, said local program manager Regina Rankin. That’s up from 12 girls who participated when Girls on the Run was first introduced in Cincinnati in 2005. Since it began, the program has served more than 10,000 girls in the region.

Palmer joined Girls on the Run when she was in the third grade and will participate in her final — and 10th — Girls on the Run 5K on Saturday before phasing out of the program. She’ll be a freshman at Walnut Hills High School next year.

Palmer’s mother, Erica, is a distance runner and has volunteered as her coach each season for the past six years.

“If there had been a program like this when I was a little girl, I would’ve had some serious armor to cope with all of the angst girls go through when they’re growing up,” she said. “That armor, in the form of life skills, is what I so value being able to help give these girls.”

Palmer plans to help her mom, who has no plans of quitting her role as “Coach Erica,” in the program until she’s old enough — 18 — to be a coach herself.

“I think I have caught the running bug,” she said. “But, more importantly, I’ve learned a lot about myself. Girls on the Run has really helped me to figure myself out and build my self-awareness and self-confidence, and to get to know others better.”

Now, Palmer has confidence that, when she passes a girl on the street or sidewalk from Girls on the Run, the girl will high-five her and give her a hug.

“I’ve become pretty close with a lot of them,” she said. “We have this experience in common. We grew together.”

Girls on the Run 5K run/walk