Over the Rhine invites fans to home for festival 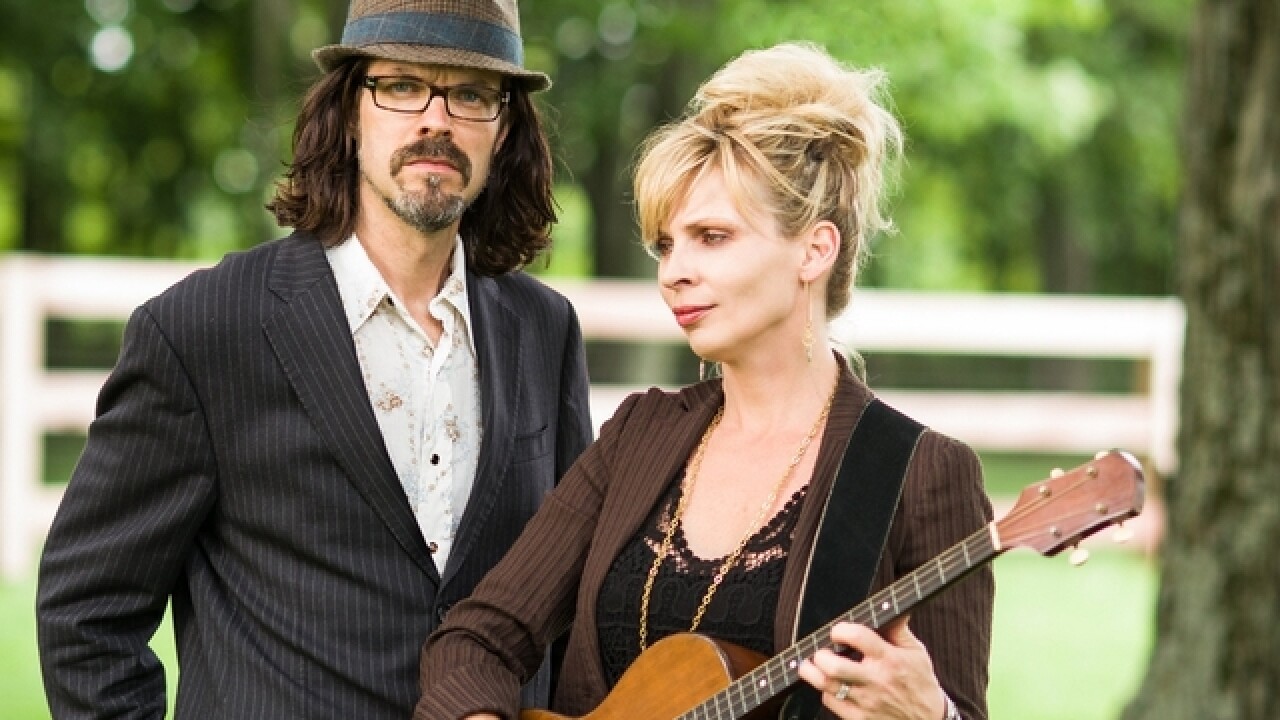 CINCINNATI — After 25 years of playing their music around the world as the band Over the Rhine, husband and wife Karin Bergquist and Linford Detweiler are hoping crowds will soon come to them instead.

“We can’t just repeat the last 25 years,” said Detweiler, who began touring with Bergquist in 1991. “Our big idea is to own our own music venue and see if we can be more selective regarding our touring schedule as the years continue to pass."

As part of that goal, the couple is hosting the first Nowhere Else Festival on Memorial Day weekend at their Clinton County farm to raise money to convert a 140-year-old pole barn into that venue. Bands such as the Blind Boys of Alabama, the Comet Bluegrass All-Stars and Joe Henry will play at the event, while visual artists such as Barry Moser, Kent Burgess and Clinton Reno will share their work.

“Some of the contributors have become important teachers and mentors to Karin and I, people like photographer Michael Wilson, and producer and songwriter Joe Henry, who has produced our last few records,” Detweiler said. “We have mutual friends with or direct connections to everyone we invited.”

Wilson’s relationship with Detweiler and Bergquist stretches back to the beginning of their band. He shot the cover art for Over the Rhine's first album, “Till We Have Faces,” in 1990 inside his then-Court Street studio, which overlooked the neighborhood that inspired the band's name.

Wilson said he has remained an admirer and friend of the couple ever since.

This picture of my friends Over the Rhine (the band) was made in October, 1990 at my old studio on Court Street on the edge of Over the Rhine (the neighborhood). It was 25 years ago and five blocks south Robert Mapplethorpe's, "The Perfect Moment" exhibition was kicking up a big stir at The Contemporary Arts Center. This odd little picture became the cover of Over the Rhine's first album, 'Til We Have Faces'. Here's to friends and music and pictures and time! #overtherhine #twentyfiveyears #tilwehavefaces

A photo posted by michael wilson (@micartwil) on

The photographer has continued to work with the band on album covers throughout the years. He also went on to photograph performers such as B.B. King, Robert Plant and David Byrne. Some of that work will be on display at the festival, which Detweiler described as an intimate affair; attendance will be limited to about 1,000 people for Saturday and Sunday’s dates.

“It’s a small boutique festival in a green space,” Detweiler said. "People are actually coming to our home. It will feel like a gathering of extended musical family. Very peaceful, very nourishing, hopefully very inspiring.”

Detweiler and Bergquist purchased Nowhere Else Farm at 190 Townsend Road in Martinsville, Ohio, nearly a decade ago as their own personal escape. The couple said they needed the space outside of the hustle of cities to regroup and recharge their creative energies between hectic touring and production schedules. Detweiler said much of the inspiration for their albums of the past decade actually originated on the farm.

“We are hoping that after all these years of traveling, maybe people will be willing to come to us more,” he said. “We love the idea of sharing the beautiful piece of unpaved earth that we call home with our extended musical family."

The Nowhere Else Festival takes place May 28-29. VIP ticket-holders are invited to the farm on May 27 for a picnic, cookout, tour of the barn and a performance by Over the Rhine. For more information about the festival and instructions on how to purchase tickets, visit http://stores.portmerch.com/overtherhine/nowhere-else-festival.html.