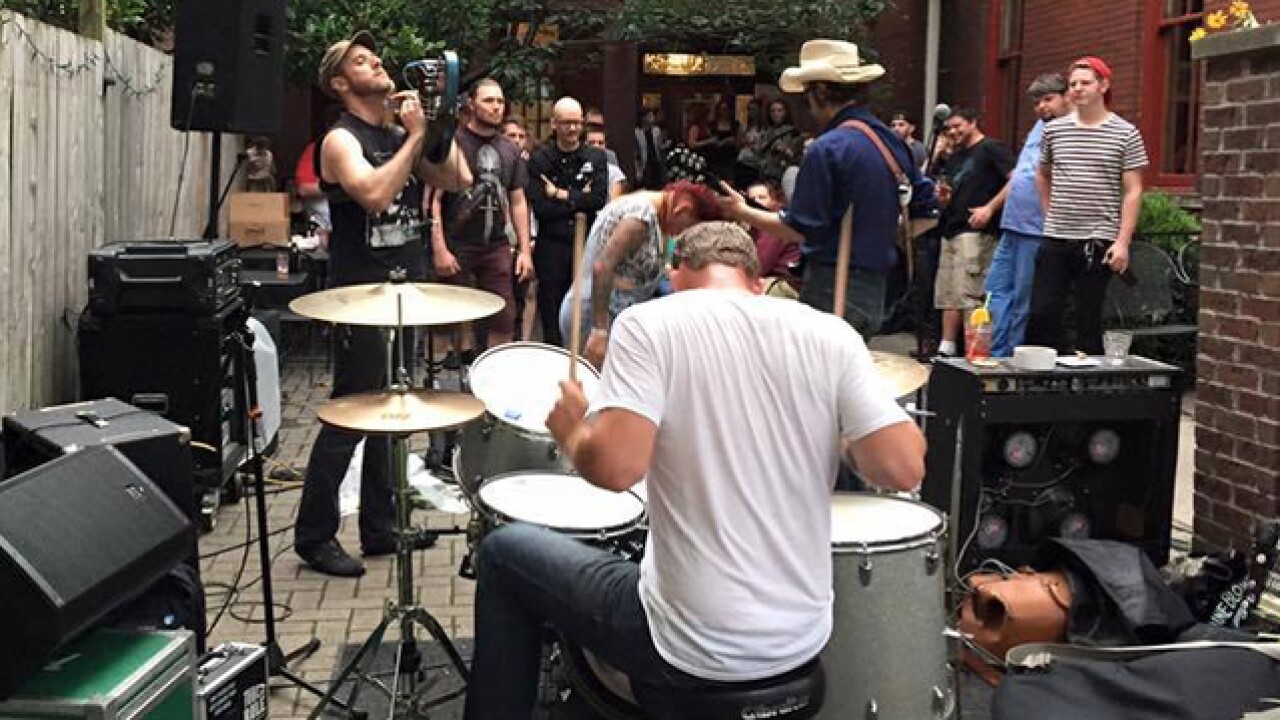 CINCINNATI -- Submissions are in and now dozens of local musicians have an eye on their phones, waiting for a call from the judges in National Public Radio's Tiny Desk Contest.

At least 53 artists from Greater Cincinnati have submitted original songs to the fourth annual iteration of the nationwide contest. Winning may not lead to Beyonce-level celebrity, but it certainly propels unsigned artists forward with an appearance on NPR's popular "Tiny Desk Concert" series and a series of shows at breweries around the country.

A panel of judges is currently deliberating on each entry's musical quality and appeal (40 percent of the score), originality (40 percent) and stage presence and charisma (20 percent) to select one winner by April 20.

I don't envy that task. Just picking my nine favorite local entries was challenging enough without having to wade through the thousands of other performers from around the United States.

If you needed any proof that Cincinnati is a music city full of talented lyricists and musicians, listen to our favorites below or check out all the local entries, here.

1. Triiibe -- Wow! "Bliss" gripped my attention from the first syllable and held that energy through to its final clap -- you'll see what I mean. Formerly known as Blvck Seeds, Triiibe (True Representation of Intellectual Individuals Invoking Blvck Excellence) won honors for best R&B/Funk/Soul in last year's Cincinnati Music Awards and the group lives out its namesake mission through community activism.

2. Us, Today -- Fresh off their South by Southwest performance, this experimental trio wins the award for best use of the required (not-so-tiny) desk in their submission "What is Time Now. Goodmorning?" The mystery of the curiously miked desk is solved when Kristin Agee drops her vibraphone mallets and Joel Griggs lowers his guitar to pound out a rhythmic finale to the number alongside drummer Jeff Mellott.

3. The Matildas -- This Covington-based rock five-piece cuts to the heart of nostalgia in "Time Moves." Whether a summer fling, an incredible concert or simple childhood pleasures, we've all longed to go back and relive that amazing experience once the story ends, as front woman Sarah Mann croons with breathy sincerity. "Seems like (time) moves so slow," she sings, but driving keyboard and guitar harmonies push this one along and leave you wanting more. We'll keep looking for that debut album to come along soon.

4. Soften -- In "Sun Comes Out," front woman Brianna Kelly's haunting vocals float dreamily over fuzzy guitars as one long camera shot drifts in and (mostly) out of focus across this shoegaze quartet's faces and instruments. Despite a hopeful title, the lyrics within suggest gut-wrenching regret and loss. Their woozy sound is the dreamy, musical equivalent of tranquilizers, but that's just what I need after a long day reading worrisome news headlines.

5. The Inturns -- Tiny Desk Concerts skew toward hipster indie singer-songwriters, which makes the rocking bass riff that kicks off "Fork in the Road" all the more memorable. Well, that and bassist Gino Sena's dual role as lead vocalist for this "power indie" trio. Paul McCartney may have set precedent a half-century ago, but bass-playing singers are too far and few between. Catch them almost every Thursday night at Silverton's HD Beans and Brews Cafe.

6. Eddy Kwon -- This Price Hill composer's vulnerability and passion is on full display as he strums his violin like a tiny guitar in "Out of Mine." Kwon combines his classical training from UC's College-Conservatory of Music with a dedication to social justice. As director of the MyCincinnati youth orchestra, he helps Cincinnati's kids access free, high-quality classical music education. He's also previously released knife + spoon, an EP "for violin, voice and strange person."

7. Kate Wakefield -- "Attic Song #3" is an ethereal series of looping cello and operatic vocal melodies that converge in a soaring climax before an abruptly soft, plucked ending showcases her impressive vocal control. Just returned from a South by Southwest show and Texan tour, Kate is half of the band Lung and hopes to release an entire album of songs written in her attic this fall.

8. Brittany Gillstrap -- For a song about feeling blue, "When I Get Down" kept my toes tapping and had me hitting repeat on this bouncy earworm. Her intriguing voice's folksy quality effortlessly conveys the persona of a born storyteller, so thank goodness her Bandcamp site features two albums full of songs and stories to explore. I'd listen even if she were just scatting nonsense throughout.

9. Freedom Nicole Moore and The Electric Moon -- "Pink Sugar" couldn't be any more buttery smooth had Paula Deen herself whipped it up. Chiming keys, resounding bass lines and considerable guitar noodling buoy Moore's velvety vocals through the length of this sultry song. Look for a forthcoming self-titled EP in the near future.

Picking just nine favorite local submissions was no easy feat, so here are three more honorable mentions that I just couldn't leave out.

HM 3: S.R. Woodward -- "Yer Pow-Pow Fetish" presents a timely critique on America's obsession with guns in a surprisingly upbeat tune. Also prominently features what appears to be either a large guinea pig or a grumpy cat.