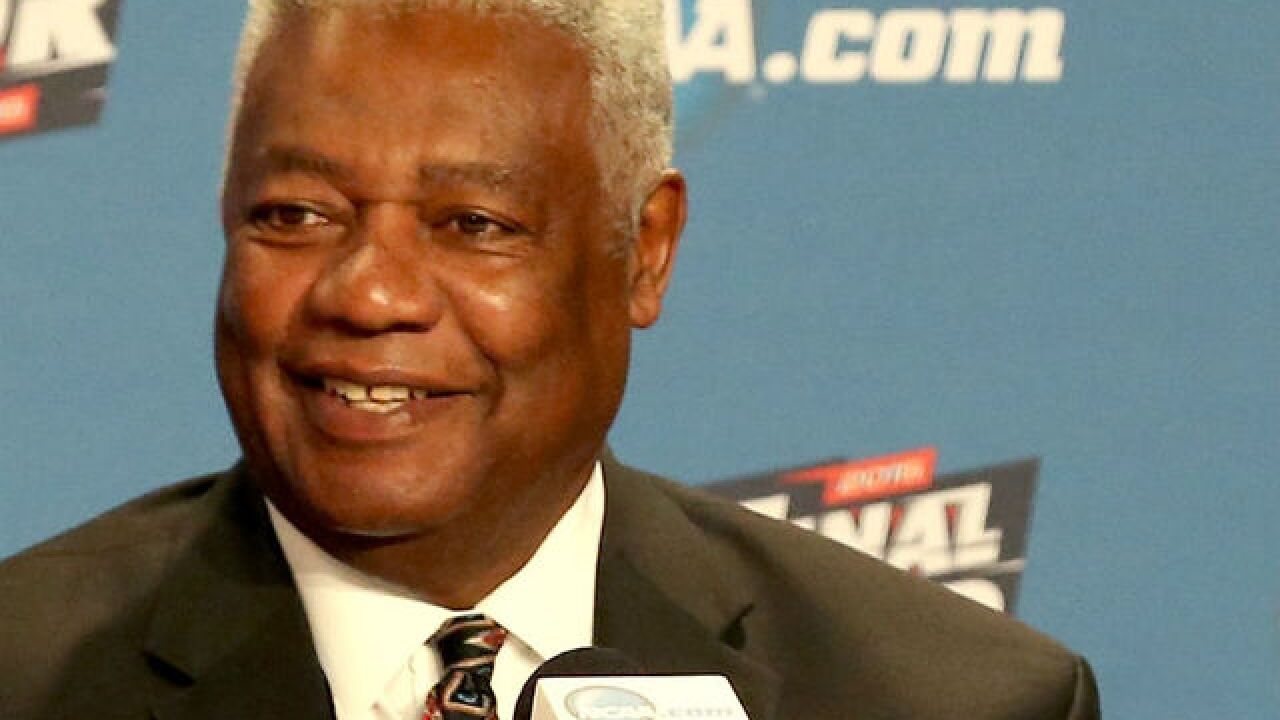 WATCH video of Oscar Robertson with the Cincinnati Royals below.

CINCINNATI -- Oscar Robertson had a busy schedule, including multiple media interviews, as he prepared for a trip to Los Angeles.

Robertson, the Naismith Memorial Basketball Hall of Famer and legendary Cincinnati Royals and University of Cincinnati great, will receive the NBA Lifetime Achievement Award Monday night. He found out about the award in May.

“It means a lot,” Robertson told WCPO. “It took a long time to get it, so I am glad I am here and I am around long enough to get the award. It’s an award people can give you for your longevity.”

WATCH The Big O against Bill Russell and the Celtics:

The second annual NBA Awards will be live on TNT at 9 p.m. ET Monday from Barker Hangar in Los Angeles.

Robertson, a 12-time NBA All-Star and named one of the game’s 50 greatest players of all time in 1996, is the second individual to receive the NBA Lifetime Achievement Award. Bill Russell won the inaugural award in 2017.

Robertson, 79, received the Lifetime Achievement Award at the NBA Legends Luncheon during NBA All-Star Week in 2016 . Monday night’s award will be presented to the Cincinnati resident by the NBA.

While the media debate about the ‘GOAT’ continued this postseason with discussion about Michael Jordan, LeBron James, Russell and others, Robertson said the discussion is good for the game of basketball and its popularity.

“They ask, but there is no way you can tell who the greatest of all time is because of different times and different games,” Robertson said. “It was a little rougher when I played -- I will tell you that.”

WATCH The Big O against Wilt Chamberlain and the Warriors:

Known as the “Big O,” Robertson was the first player in NBA history to average a triple-double for an entire season (1961-62). He remains the league’s all-time leader in triple-doubles with 181.

Robertson, who signed his contract with the Royals in Carew Tower in September 1960, was the NBA Rookie of the Year in 1961. He was the league MVP in 1964. He won three NBA All-Star Game MVPs and received nine All-NBA First Team honors.

Robertson won an NBA title with the Milwaukee Bucks in 1971 after spending 10 seasons with the hard-luck Royals, a talented team that just couldn't get past Russell and the Celtics to get to the NBA finals.

He was known as the first big guard to play “positionless basketball” and could rebound, play defense, distribute the ball and score from inside and outside.

“What made Oscar so special is that while he was always one of the most talented players on the court, he remained a team player,” NBA Commissioner Adam Silver said in 2016 . “Winning was most important to him, and he did whatever it took to help his team succeed, be it scoring, passing, rebounding, or defending. That's undoubtedly why that more than forty years after retiring, he is still widely recognized as one of the best all-around players in the history of the game.”

Robertson was the longest-serving president of the National Basketball Players Association from 1965-1974. His antitrust lawsuit against the NBA in part sought changes in the NBA Draft and players’ movement. The 1976 settlement -- known as the Oscar Robertson Rule -- changed the balance of power in professional sports and ushered in free agency in the NBA and other professional sports.

Robertson said the rule helped propel the game to where it is today for the players. He marvels at the popularity of the game and the high value of franchises such as the Los Angeles Clippers being sold for $2 billion in 2014 .

“The game of basketball has changed drastically over the years,” Robertson said. “It’s unbelievable what is going on in basketball. I think it’s great. It gives people financial security.”

Robertson was the first three-time national College Player of the Year while at UC and a three-time First Team All-American from 1958 to 1960.

There's an 8-foot bronze statue of Robertson outside of UC’s Fifth Third Arena.

“I don’t know of anyone more deserving who has had more of an impact on the game of basketball," Bohn said. "Throughout his career, he was the ultimate team player, and he did whatever it took for his team to win. He has been a phenomenal ambassador for the University and an important player in the history of the game of basketball and the NBA.

"It speaks volumes to his ability and character that he remains widely recognized as one of the best to ever play the game."

Robertson's statue will move this fall from the southwest corner of  Fifth Third Arena near the Lindner Center to the east-side entrance plaza due to renovations of the arena.

The statue was created by nationally-acclaimed artist Blair Buswell and unveiled on campus in 1994.