Only a few months old, startup Vndly has no customers but already millions in investments 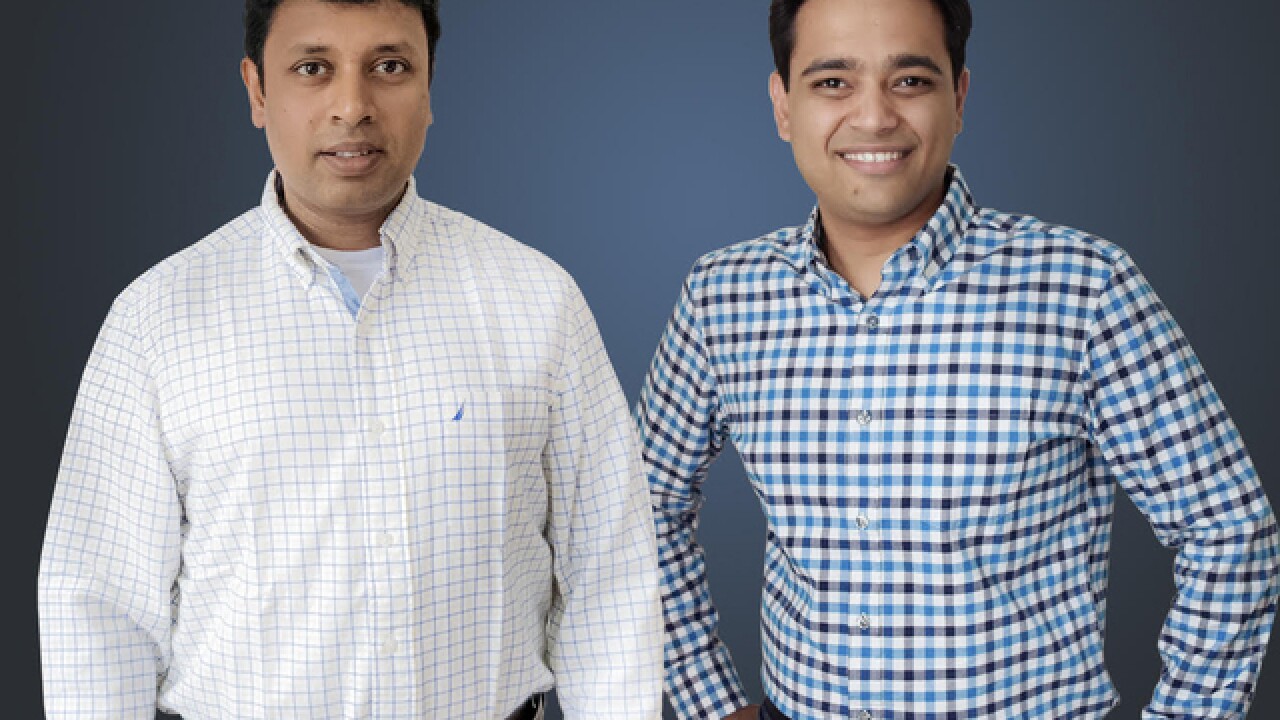 Copyright 2017 Scripps Media, Inc. All rights reserved. This material may not be published, broadcast, rewritten, or redistributed.
Provided
<p>Narayan Surabhi and Shashank Saxena are co-fournders of Over-the-Rhine startup Vndly.</p>

Until May of this year, it had never invested in a Midwest startup, said managing partner Mike Brown. But that changed when it put up $1 million in Over-the-Rhine-based Vndly Inc.

Co-founded by University of Cincinnati grad and former Kroger Co. executive Shashank Saxena, Vndly's about building a sort of PeopleSoft for non-employees. That is, software that companies can use to manage their vendors from one platform.

Despite not having a single customer, they have already secured $3 million in funding.

"We got lucky," Saxena said.

It also helped, he said, that he already knew several venture capitalists, and that there's a large potential market for the software. Globally, the companies in Vndly's market spend about $250 billion annually on vendors and suppliers, he said.

It's a "fairly enormous" market, Brown said. Its size is one of three reasons Bowery Capital decided to invest in Vndly, the others being the market opportunity and the composition of Vndly's management team.

Vndly can take advantage of the market opportunity because it will give IT users the increased return on investment and cost savings they are looking for, Brown said.

Between them, Saxena and Surabhi have 40-50 years of experience selling for and buying from large companies, Brown said. They "wowed" the Bowery Capital team with their knowledge of the business.

Brown met Saxena about four years ago when he was in Cincinnati meeting with local companies that have relationships with some of the startups Bowery Capital has invested in. Because his firm invests almost exclusively in IT startups, he said, he spends a lot of time getting to know IT buyers.

There's a lot of tech spending tied up in Procter & Gamble's marketing alone, he said, which makes Cincinnati a great place to get different points of view about where that world is going.

Saxena helped coach Bowery's portfolio companies on how best to pitch their products to Kroger buyers, Brown said. Saxena's a very forward-thinking person with an unquenchable thirst for knowledge about the tech ecosystem, he added.

Early this year, a local entrepreneur let Brown know that Saxena was leaving Kroger to start his own company, and Brown was immediately interested.

Saxena and Surabhi had originally planned to do an angel round of $1.5 million in investments, but they received so much interest from venture capitalists that they decided to increase the round to $3 million.

One investor, Salt Lake City-based EPIC Ventures, reached out after seeing that Saxena had updated his LinkedIn profile to include Vndly.

The firm had met Saxena about 18 months ago through local startup advocate Cintrifuse, and Saxena collaborated with EPIC as an advisor on some investments, said EPIC director Chris Calder.

Vndly is EPIC's first Cincinnati investment, Calder said, and the first that it's made east of Colorado in about five years. He thinks Vndly has the chance to quickly displace the incumbent software providers in the vendor management space.

Saxena and Surabhi also turned away "a bunch of money" from two VC firms based in California, he said, believing their equity in Vndly will be worth more in the future.

They plan to make available the first version of their software by the end of this month, Saxena said, and then start signing up customers. They also have enough funds to ramp up their staff. Right now, it's just the pair and some contractors in India.

Saxena, who's never started his own business, is now working 16-18 hours a day, even on weekends.

"We're competing with software that's been around for 16 to 17 years," he said. "We have a lot of catching up to do."