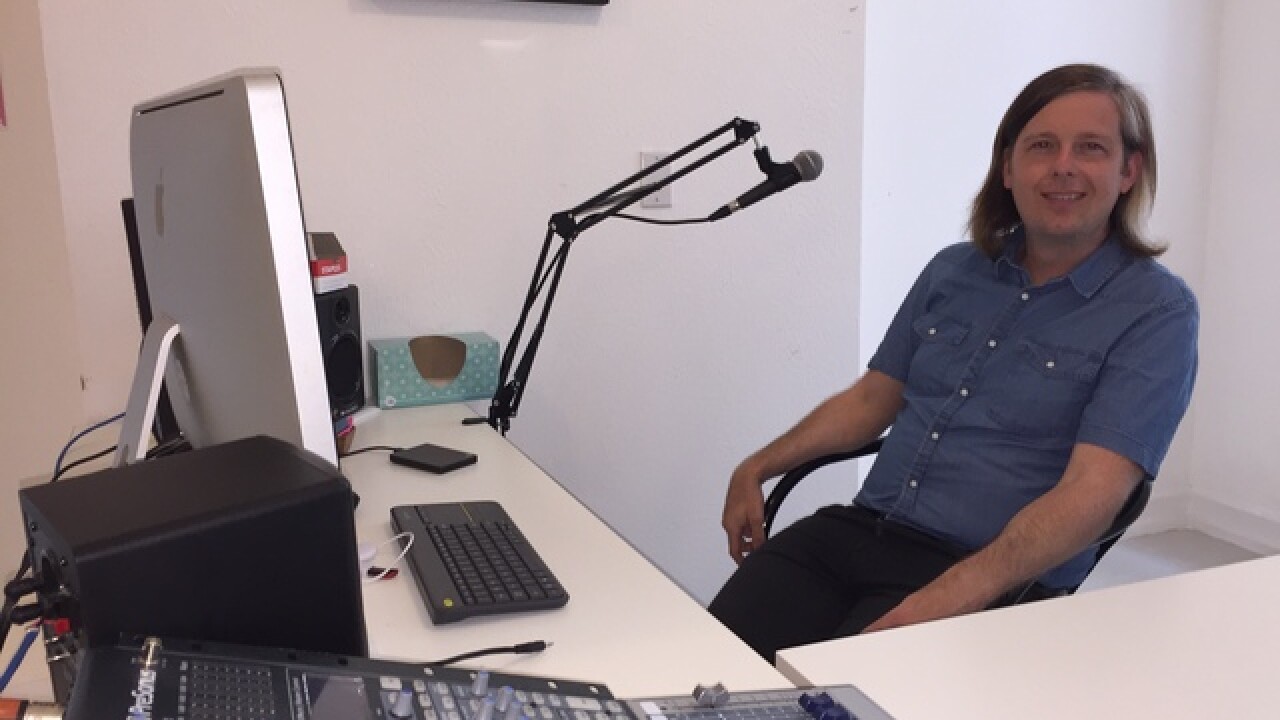 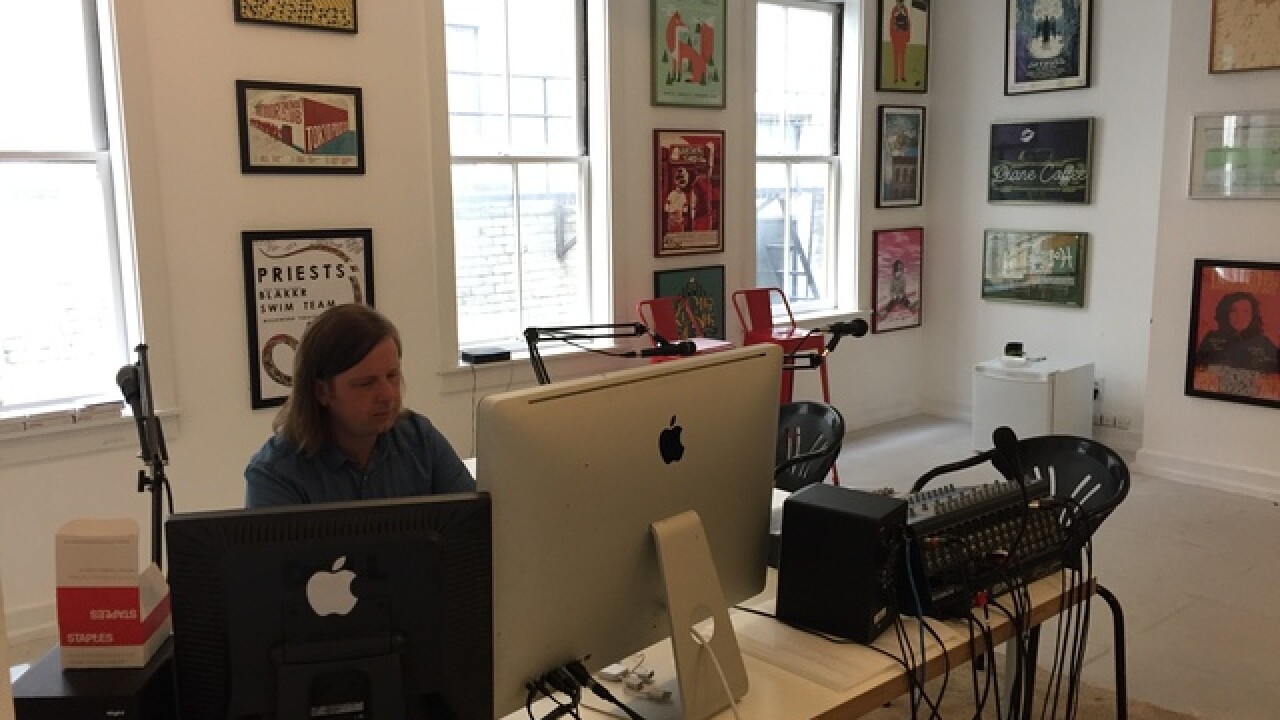 CINCINNATI -- Coran Stetter, lead singer of indie-pop band Multimagic , knows firsthand that breaking into a career in music or arts is no easy task.

His quintet seized its moment in 2015, playing the main stages of Bunbury and MidPoint music festivals and hearing their single "Let Go" in regular rotation over WNKU's airwaves.

Stetter said WNKU's support of local bands was pivotal for Multimagic, which is why he leapt into action when Northern Kentucky University announced its sale of the radio station to a religious broadcaster on Valentine's Day.

"With the loss of WNKU, would there be not just a void but a vacuum?" Stetter asked. "I'm not a radio guy. I'm not a broadcast mogul or anything. I'm just a guy that wanted to start something and to not let this vacuum happen."

He cashed out his 401(k), saved up from years managing a Chipotle restaurant, and founded Inhailer, a volunteer-run, 24/7 community broadcast platform designed to breathe new life into Cincinnati's arts, music and culture scenes.

His four-person team moved into an office and studio at 1212 Sycamore St. on May 1. They have since gathered about 10 volunteers to diversify the content on Inhailer's online radio stream and work toward "social activation," or positive social change in the community.

"(Cincinnati) is a growing city for entrepreneurs, and that's exactly what these artists are. They're budding entrepreneurs whether they want to turn into a full-time business, a part-time business or just for fun," said Inhailer publicity director Ray Ball. "Inhailer gives them a platform to grow, whether it is getting booked for concerts, whether it is developing marketing and branding materials or creating ad campaigns for them."

Inhailer aims to connect inexperienced creative types with expert advice and resources that Stetter hopes will help them find success. He said their professionals agree to work for a "living wage" of $15 per hour, which is less than they may usually charge.

"Because of the amount of work that we're hoping to get them and because they believe in what we're doing, they're taking smaller rates," Stetter said. "We'll pay this individual to do this for you to help you, and we'll play your songs. We'll help promote your events. All we want is the support in return."

Creative director Stephanie Ress and music director Taylor Fox round out Inhailer's four-person leadership team, but they're not pulling salaries for the project. In fact, they're all working at least one other job to get Inhailer off the ground.

"(I put) my future into this because I believe in it that much. And it's not about me. It's because I know that we need it here," Stetter said. "We didn't want to get outside money initially and then feel like we had a bunch of money. We've been trying to bootstrap it and not touch the investment as much as possible."

Inhailer eventually will apply for grants and underwriting sponsorships to keep the project going once its founders' seed money dries up, but Stetter said he wanted a clear start that wasn't reliant on advertisers and their agendas.

"We're trying to have a place that especially marginalized communities and minorities could come on and really talk about things," Stetter said. "The idea really was to have a place where people in these music, arts, culture (and) creative scenes could talk about the things that they're doing, but then you could also find out more about them as individuals and the struggles that they go through and try to help people understand that we're all human."

One aspect of WNKU's success, Stetter said, was that it played local bands in regular rotation without the stigma of being separate or somehow lesser than nationally recognized acts.

Staying laser-focused on the community can be difficult, but WNKU program director Liz Felix said that will be crucial to Inhailer's success as a platform.

"Finding music on the internet is not difficult, but providing a service that is very specific to a place is unique. If they can remain focused on that and the community aspect of what they're doing, then they'll be providing a unique service to Cincinnati," Felix said. "A lot of times local musicians aren't necessarily as keyed into the business aspect of the industry, and Coran struck me as somebody who really had a plan for Multimagic and was paying attention and thinking about how they might be able to make their way up in the industry."

What Ball likes about Inhailer's community is that staff and volunteers realize they can make an impact by staying in Cincinnati.

"That's a mentality that a lot of people have in industries in Cincinnati that you have to leave and make it big and then come back or never come back," Ball said. "I hate when dope people leave and then they say there's nothing dope in Cincinnati. Stay here, and create something here, to have a reason to stay."

As tough as it'll be for Felix to hear 89.7 FM switch off WNKU on Aug. 18 and then see Middletown's 105.9 FM switch over to Grant County Broadcasters in October , she does see one bright point.

"The fact that you have multiple people trying to step into this void shows me something we already knew here: This is a market that's really primed for a radio station like this," Felix said. "We have such a great local (music) scene that it deserves to be showcased, and I'm glad we're having people stepping in to make that happen."

Alongside Inhailer, Northside brewery Urban Artifact is launching a local music radio station called Radio Artifact to air at 1660 AM and online, starting at the end of August. The low-power signal should reach a 2.5-mile radius, covering Northside and parts of College Hill, Clifton, Westwood, Camp Washington, Mount Airy and Norwood.

How to get involved

Inhailer needs on-air DJs, street team members, writers, etc. Send an email to broadcast@inhailer.com for details, or join them for a live broadcast from noon to 5 p.m. Aug. 13 on Main Street between 12th and Liberty streets.