Once a slave, Harold D'Souza now is dedicating his life to helping others 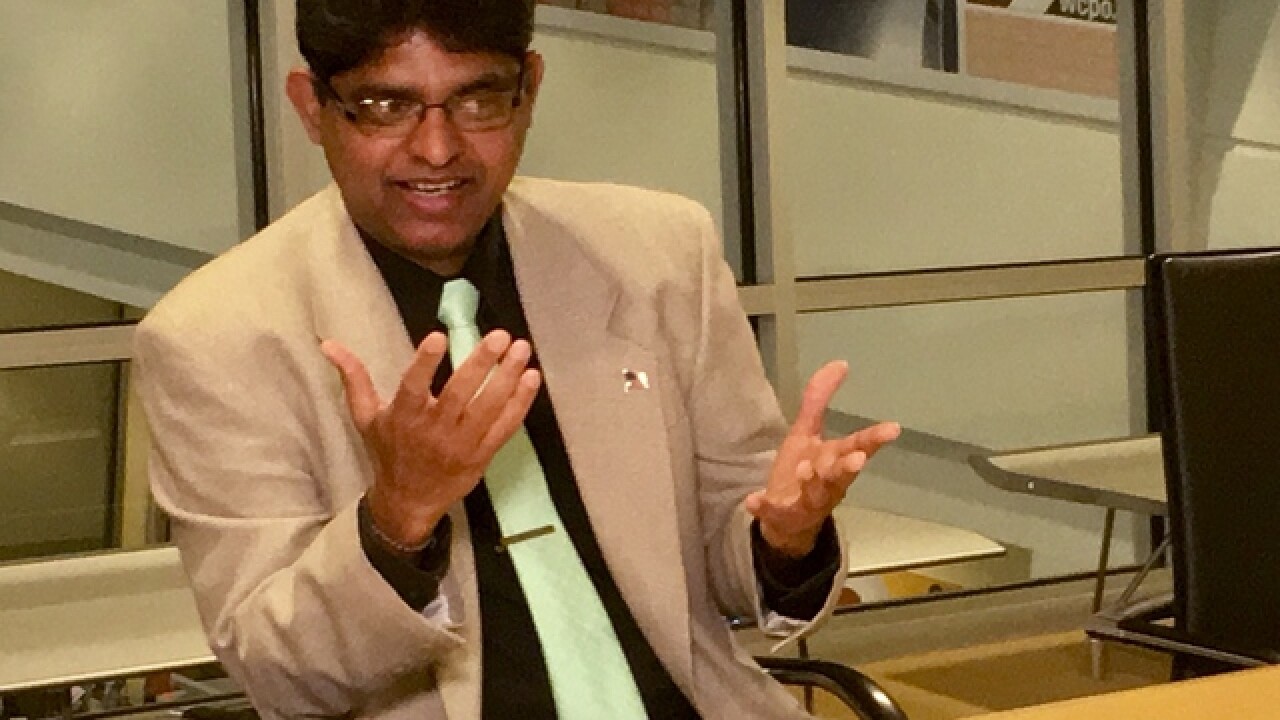 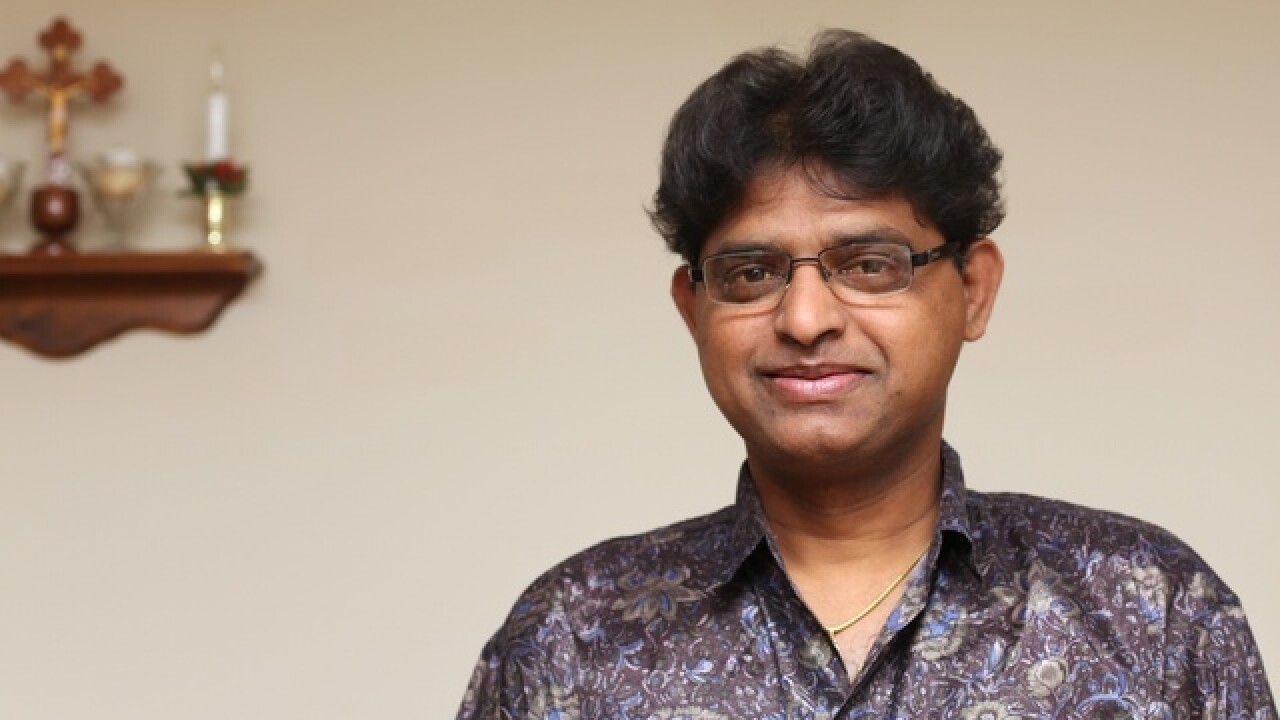 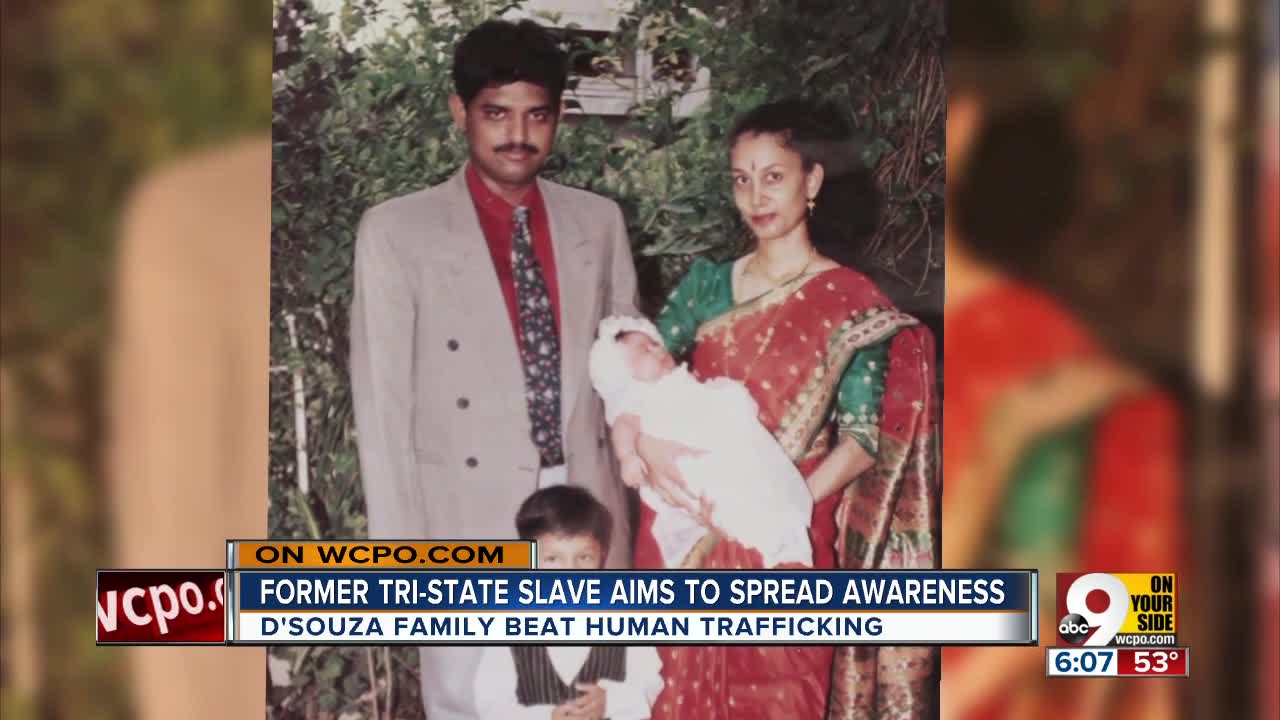 CINCINNATI -- It's easy to understand how being lured to the U.S. for a better life -- only to become a modern-day slave -- could kill a man's dreams.

But Harold D'Souza's dreams are bigger than ever.

That's why D'Souza and his wife Dancy have established a new nonprofit in partnership with Jessica Donohue-Dioh, a co-founder of End Slavery Cincinnati who now teaches at Xavier University. Called Eyes Open International, the new organization aims to make people across the world more aware of human trafficking and to educate people who might be vulnerable so they don't become victims.

It's the latest way D'Souza has become involved in the fight against human trafficking, the illegal industry that ensnared him when he moved from India to Blue Ash 14 years ago. He first shared his story with WCPO in 2014.

RELATED: Slavery in Blue Ash: 'My dream was like a hell'

In 2015, former President Barack Obama appointed D'Souza to serve a two-year term on the U.S. Advisory Council on Human Trafficking. As a member, he helped craft the group's first report completed in October 2016.

D'Souza also speaks regularly at colleges and community forums across the U.S. and has shared his story back in his home country of India, too.

His hope is that Eyes Open International can prevent other families from going through the hell that his family survived.

"Every organization that's working in this area has a place because we have to tackle it from multiple perspectives," Donohue-Dioh added. "We're just trying to intervene, prevent it from an earlier standpoint and see if that changes our outcomes."

Calls to hotline jumped in 2016

There is plenty of work to do.

The Global Slavery Index estimated in 2016 that there were 45.8 million people in some form of modern slavery in 167 countries.

The National Human Trafficking Hotline learned of 8,042 cases of human trafficking in the U.S. in 2016, according to the Washington, D.C., nonprofit Polaris, which operates the hotline.

That was a 35 percent increase over cases reported in 2015.

Ohio, Kentucky and Indiana had a total of 547 human trafficking cases reported in 2016 -- with 375 of those coming from Ohio, according to the hotline data.

It's difficult to pinpoint how many of those cases occur in the TriState. But experts say the same infrastructure that makes the region attractive for lawful businesses makes it ripe for trafficking people, both for labor and the sex trade.

"It's incredibly difficult to get solid numbers on trafficking because it's such a hidden crime," said Jenna Novak, strategic relationship and engagement advisor for Polaris.

Experts estimate human trafficking to be a $150 billion industry worldwide, second only to the drug trade among illegal activities.

"People are dispensable," Novak said. "If an individual that a trafficker is exploiting goes to jail, that trafficker can easily recruit another individual."

For all those reasons, prevention is incredibly important, said Lara Green, initiative manager of modern-day slavery at the National Underground Railroad Freedom Center.

Green runs End Slavery Now, a separate nonprofit funded by the Freedom Center, that works to educate people about modern-day slavery and inspire them with survivors' stories so the public wants to take action.

A voice for freedom

Federal officials talk about the importance of the three "P"s as they relate to human trafficking, she said: prevention, protection and prosecution.

All three are critical, she said, but added: "I think there needs to be more focus on prevention because then ultimately you don't need as much protection and prosecution."

That's what the D'Souzas and Donohue-Dioh aim to provide with Eyes Open International.

The organization has a website and is working to raise funds through an online campaign. The idea is to start increasing awareness internationally first in India, where the D'Souzas have connections, and in Cameroon, where Donohue-Dioh has connections.

The goal is not to discourage people from coming to the U.S., Donohue-Dioh said.

"We want people to engage in good, healthy opportunities," she said. "But if for some reason that opportunity was fraudulent, we would want them to know something other than what the trafficker has told them."

That means giving people information about labor laws in the U.S., warning them about illegal activity they should watch for and making sure they have the toll-free number for the National Human Trafficking Hotline with them before they arrive, she said.

Harold D'Souza said he now views this work as his calling.

"Today my purpose in life is to be the voice of courage, hope and freedom for all the victims," he said. "I feel that every individual born on this earth should live a life filled with freedom."

He knows first-hand what it feels to lose that freedom, after all, and how wonderful it is to regain it.

More information about Eyes Open International is available on the organization's website. To learn more about the online fundraising campaign, click here.