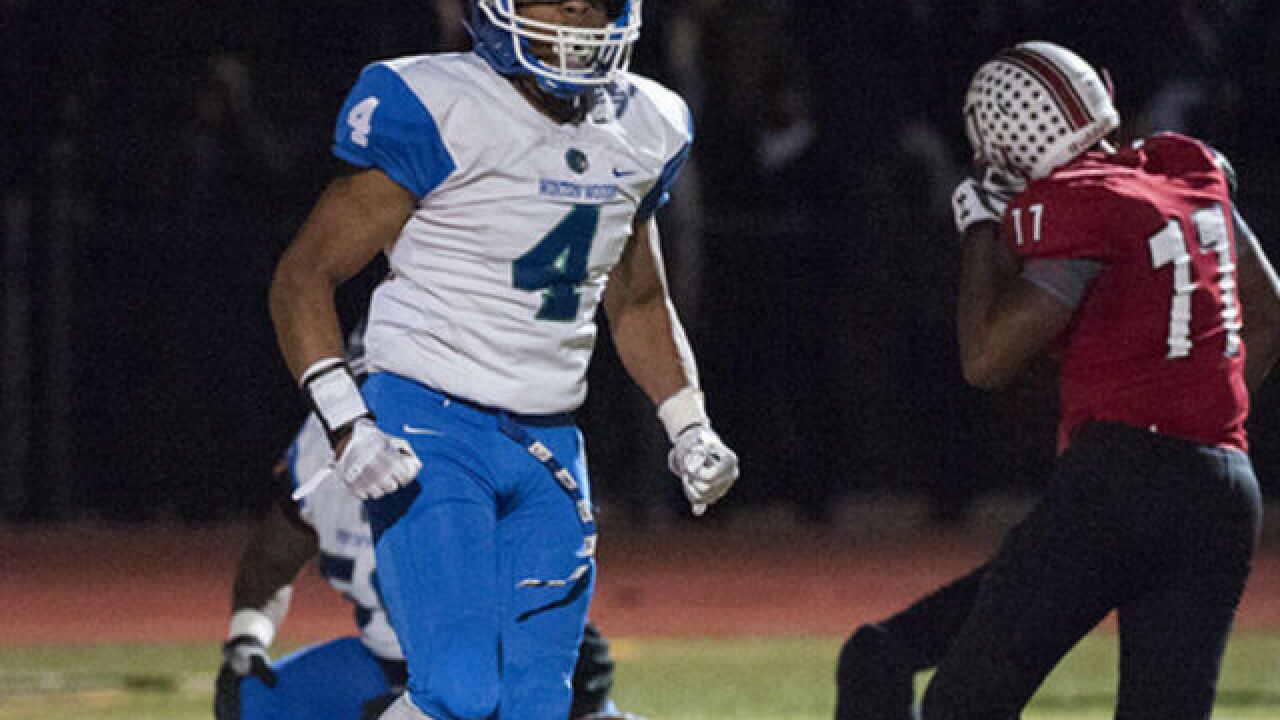 Copyright 2017 Scripps Media, Inc. All rights reserved. This material may not be published, broadcast, rewritten, or redistributed.
<p>Winton Woods senior outside linebacker Markief White has been called "the heartbeat" of the Warriors' defense this postseason with his energetic play and leadership. (WCPO file).</p>

“We’re hoping that sometime relatively soon that contract will be put into place,” Ross said. “That’s the direction we are looking at for this upcoming school year.”

The OHSAA has not announced the dates for the 2018 state football finals, but the seven championship games will likely be played from Nov. 29 to Dec. 1, WCPO has learned.

The season begins Aug. 20, and the postseason starts Nov. 2. The state semifinals are Nov. 23.

The OHSAA Board of Directors gave approval in January 2017 for the state finals to be played in Canton for 2017 and 2018. However, the OHSAA only signed a one-year contract for this past season.

No details for the football state championship games after 2018 have been finalized. Ross said Tuesday the finals won’t be in Canton in 2019 and 2020. The Pro Football Hall of Fame is working on the 100th anniversary celebration of the National Football League in 2019.

Clinton-Massie was the Division IV state runner-up that weekend, too.