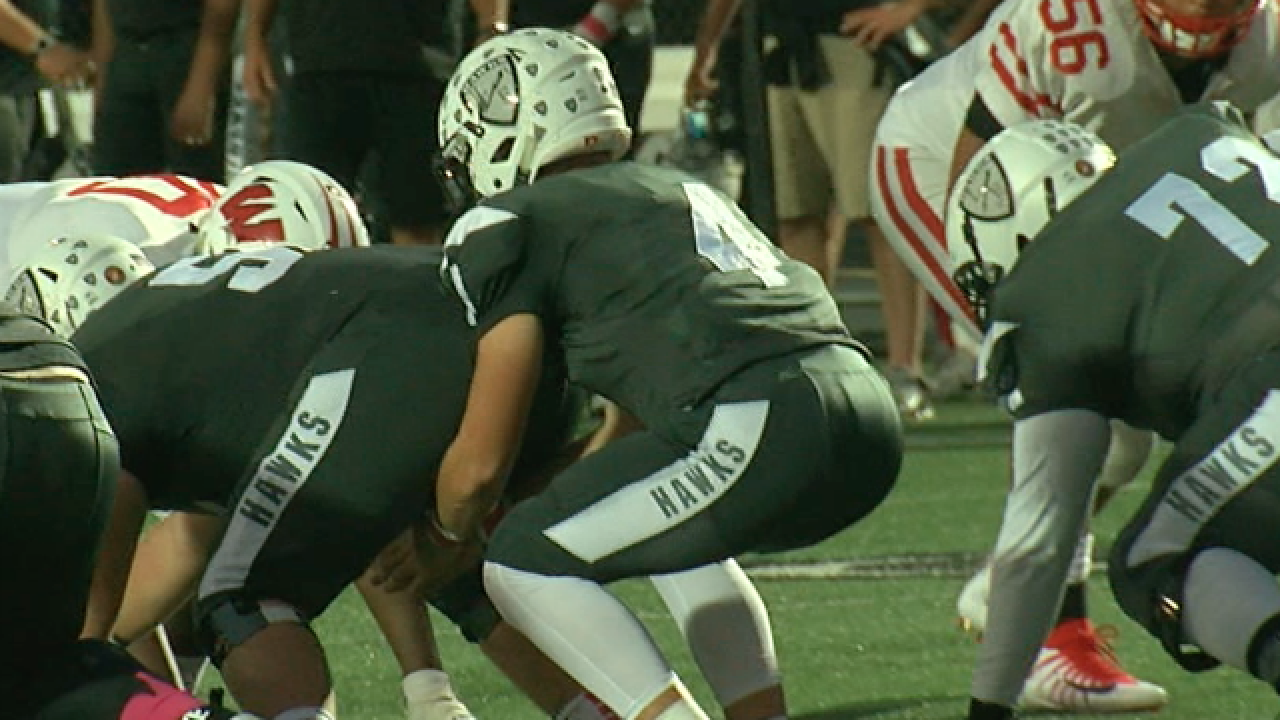 Copyright 2018 Scripps Media, Inc. All rights reserved. This material may not be published, broadcast, rewritten, or redistributed.
<p>Lakota East needs to defeat visiting Sycamore Friday night in order to help its chances at reaching the postseason in Division I, Region 4, according to projections analyst Steve Shuck. (WCPO file)</p>

CINCINNATI -- The final Friday night of the Ohio high school football regular season certainly will bring an element of intrigue.

Although several area football teams are already virtually assured of hosting a first-round playoff game in early November, others remain in a must-win situation this week.

The state finals will be Nov. 29-Dec. 2 at Tom Benson Hall of Fame Stadium in Canton.

The Cardinals, ranked No. 1 in the Associated Press Division I statewide media poll and No. 22 nationally by the MaxPreps Freeman Rankings, can win their fifth consecutive outright Greater Miami Conference title with a win at Lakota West (4-5) on Friday night.

Elder (5-4) and Mason (7-2) are not locks at this point, but Shuck expects those teams to qualify and stay in the top six. Milford (7-2) should qualify with a win over visiting Turpin (6-3), but an Eagles' loss would drop them close to the cutoff line.

Sycamore (6-3) travels to Lakota East (6-3) in a very key GMC matchup. Shuck projected an East win. But if the Thunderhawks lose, it would drop them more than four points. Sycamore would gain four and a half points, climbing to approximately 18.

St. Xavier (4-5), which has nine consecutive playoff appearances, would pick up slightly more than five points from a projected win over visiting Louisville St. Xavier (7-2).

If the Bombers lose, they still would have an opportunity at the postseason, but the chances would be slim. Lebanon (6-3) and Western Hills (6-3) can get very close with wins Friday night.

In Division II, Region 8, Kings (8-1), Winton Woods (8-1) and Troy (8-1) are qualifiers, according to Shuck. Winton Woods can reach the No. 1 seed with a win over Moeller on Friday night at Lockland.

Beyond that, there are still a few spots that remain unfilled at this point. Chillicothe (7-2), Anderson (6-3), Dublin Scioto (7-2) and La Salle (4-4) are on the bubble. The Lancers could gain significant computer points with a win at Elder on Friday night. Turpin also could get very close with a win over Milford.

Batavia (6-3) needed a win in one of its final two games to have a chance. The Bulldogs lost to Goshen by one point (21-20) last week. Shuck projected a win over Western Brown (3-6) this week.

"I believe Batavia is eliminated with a loss," Shuck said.

Aiken (6-3) could pick up significant points with a win over Taft in the final regular-season game at Stargel Stadium on Friday night.

"A win over Taft is worth a lot and would be enough to get them to seventh and eliminate all but one of the five teams ahead of them," Shuck said.

Blanchester (4-5) and Mariemont (5-4) still have outside chances of qualifying, Shuck said.

"It is not impossible for Deer Park to get in without a win but very unlikely," Shuck said.

In Division VII, Region 28, Miami Valley Christian Academy (7-1) and New Miami (5-4) are projected to qualify. New Miami has won four consecutive games and five of its past six. The Vikings are at Dayton Christian (7-2) on Friday.

Of the 718 OHSAA member schools playing varsity football this fall, the largest 72 schools are in Division I, while the remaining schools are divided equally in Divisions II through VII (approximately 108 schools in each division).

There will be 224 playoff qualifiers when the OHSAA announces the final computer points Oct. 28. Shuck's information is independent and unofficial. It has no official connection to the Ohio High School Athletic Association computer points.