Nothing Bundt Cakes will bring smiles to Florence this spring

Owner: 'I honestly have the greatest job' 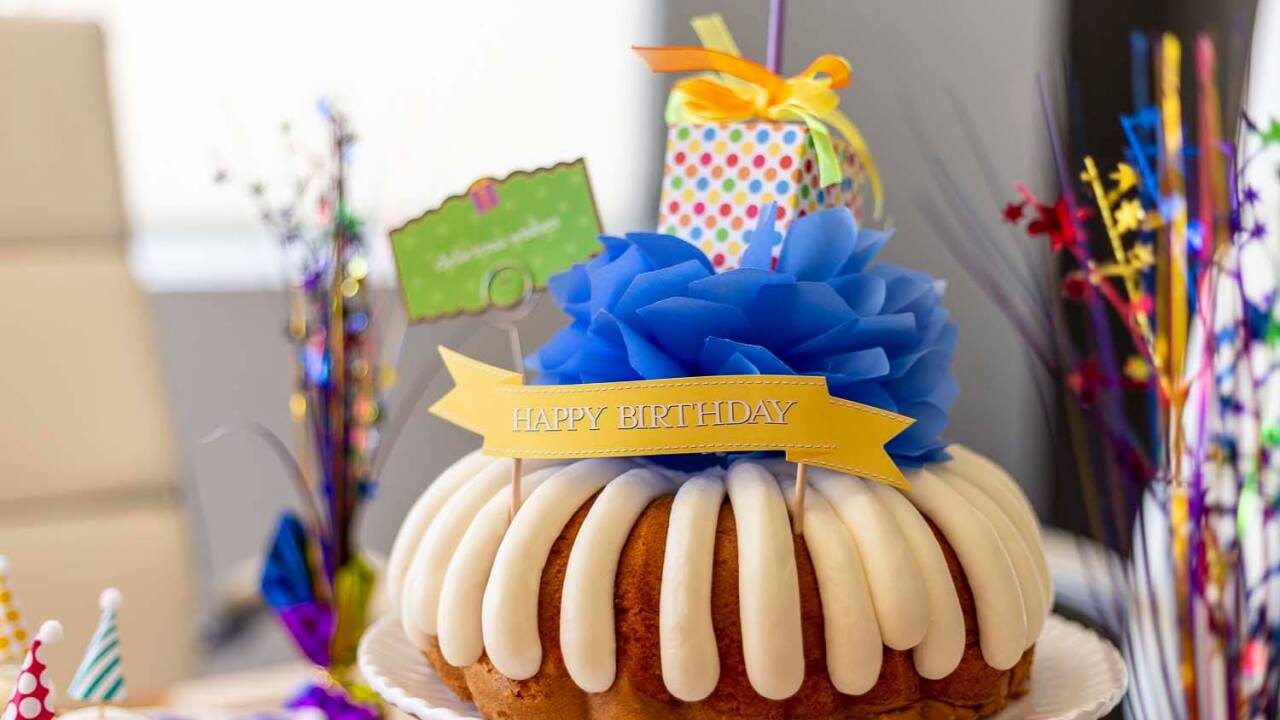 Provided
Nothing Bundt Cakes will open a shop in Florence, Ky., in the spring of 2019. (Photo provided by Nathan Schiefelbein) 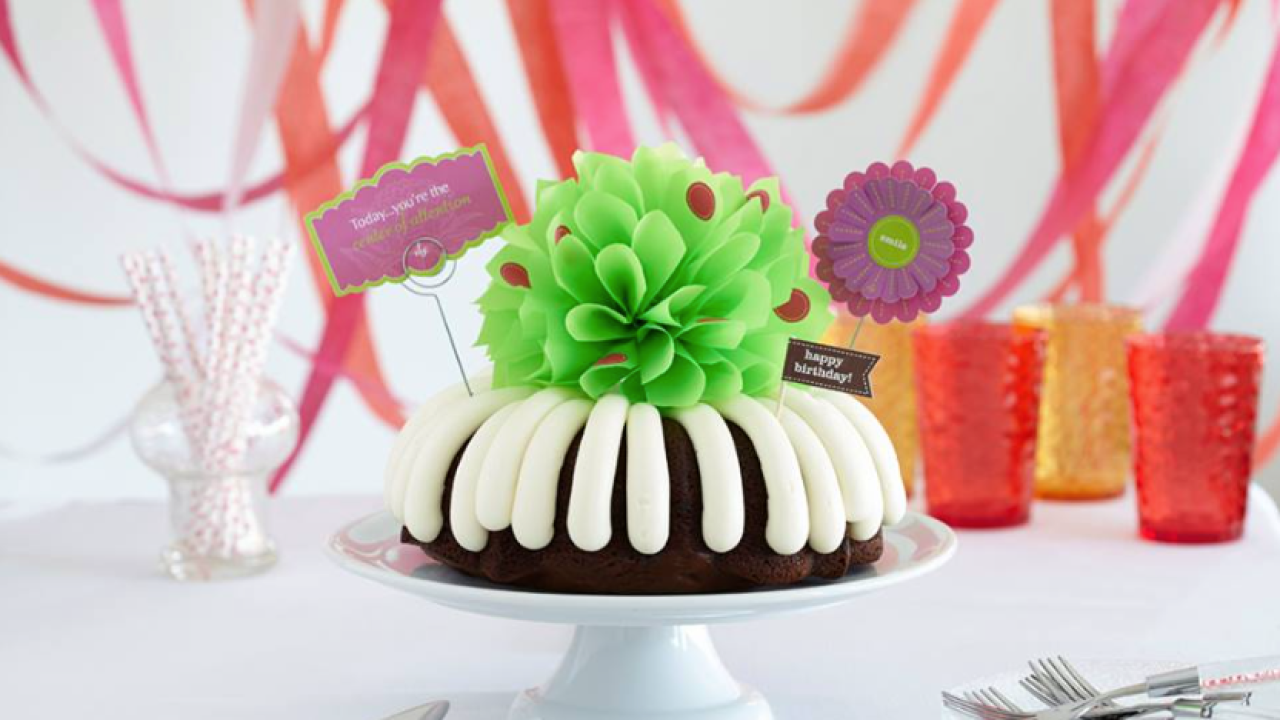 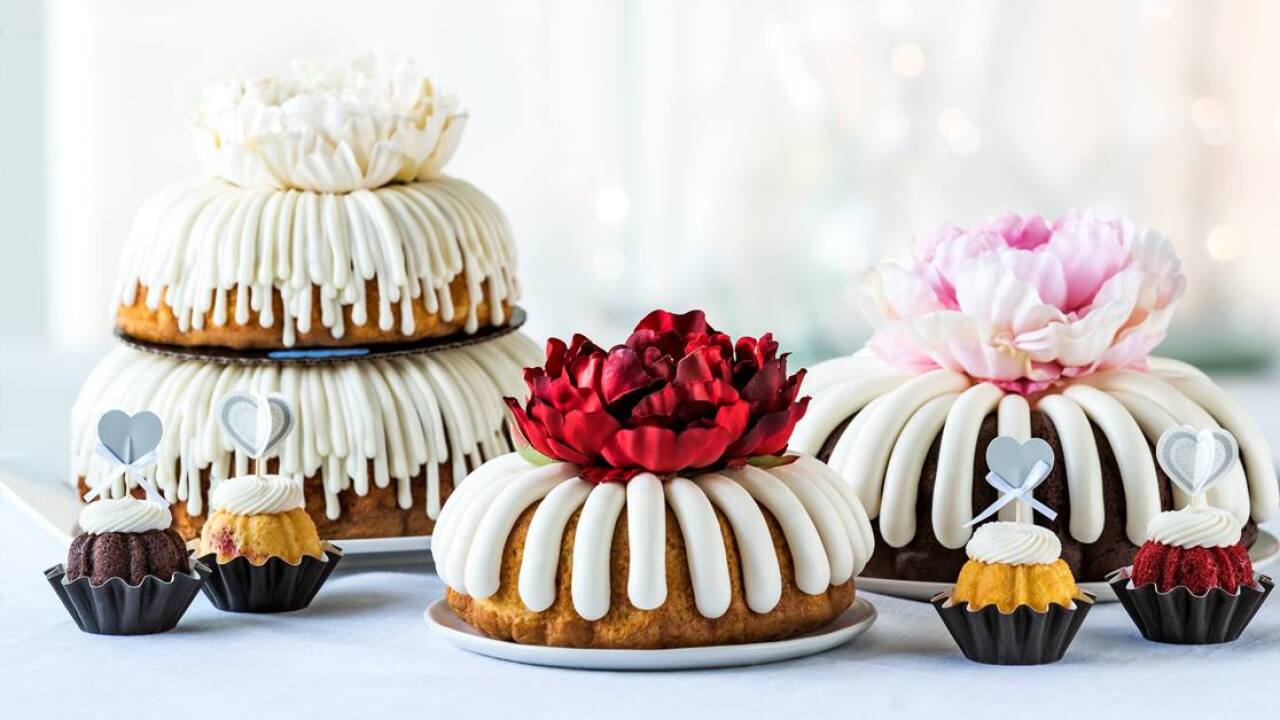 FLORENCE, Ky. — When Pam Teller lost her husband to cancer in 2014, she decided she needed a career change. She wanted to open a business that brought about happiness and joy. Not only for others, she said, but also for herself.

She found that in Nothing Bundt Cakes, the franchise known for its nostalgic-yet-modern bundt cake. This spring, she'll open the chain's first location in Northern Kentucky and the third in Greater Cincinnati, joining Oakley and Mason. Teller, who previously sold real estate, operates two other stores in mid-Tennessee.

"When my husband passed away, he was 58 and I was 55. It just wasn't what we had planned for our future," she said. "So I literally started Googling 'careers that make people happy,' or, 'jobs where people spread joy.' I found that it was usually something surrounded by food. When I saw Nothing Bundt Cakes, even just the title of the company made me smile. It's a place where people celebrate occasions. We celebrate birthdays, we celebrate weddings. People who come into the bakery are almost always in happy spirits."

Each bakery is more grab-and-go than sit down. Customers can either order in advance or make their selection in store.

Nothing Bundt Cakes offers full-size 10-inch cakes; 8-inch cakes; individual cakes known as bundlets; and bundtinis, which are bite-size cakes sold by the dozen. The cakes come in nine signature flavors, including red velvet, chocolate chocolate chip and white chocolate raspberry, with one rotating selection such as snickerdoodle, peanut butter chocolate swirl, or strawberries and cream.

"We have very high brand standards," Teller said. "We bake from scratch every day, we frost it (in house). We don’t bring anything from outside that’s already been prepared."

At roughly 1,600 square feet, the Florence location, which fronts Meijer and Best Buy at 4960 Houston Road, is slightly smaller than its counterparts, Teller said, but it took over a year to find the perfect spot.

The bakery will employ about 16 people. She's hoping to be up and running by late March or early April.

"The demographics (in Florence) really just work for our brand," Teller said. "It's fast-growing. There's a lot of corporate opportunities; there's a lot of headquartered businesses in the area. The airport is close. And there's lots of wedding venues in Covington and Erlanger, and weddings are a big part of our business model. Pretty much anywhere there's a Chick-fil-A, a Cracker Barrel or a Starbucks, it's a good fit for us."

Teller's sister, Kim Appel, will serve as store operator. While both are from Cincinnati, Appel also moved to Tennessee during Teller's husband's illness and helped open the other two bakeries, located outside Nashville in Hendersonville and Mount Juliet, respectively. Teller will make monthly trips up to support her, she said.

She may scout out more possible Nothing Bundt Cakes locales along the way. Teller, who has six grandchildren, is on a mission to eventually open six bakeries in all. Florence gets her halfway there.

"I honestly have the greatest job in the world," Teller said. "(In the beginning) we just wanted to do something that brought joy. Now I have this vision that this is the legacy I want to leave for my family. You can't help but be happy in this environment, and that's what I needed. It has become exactly what I needed it to be."