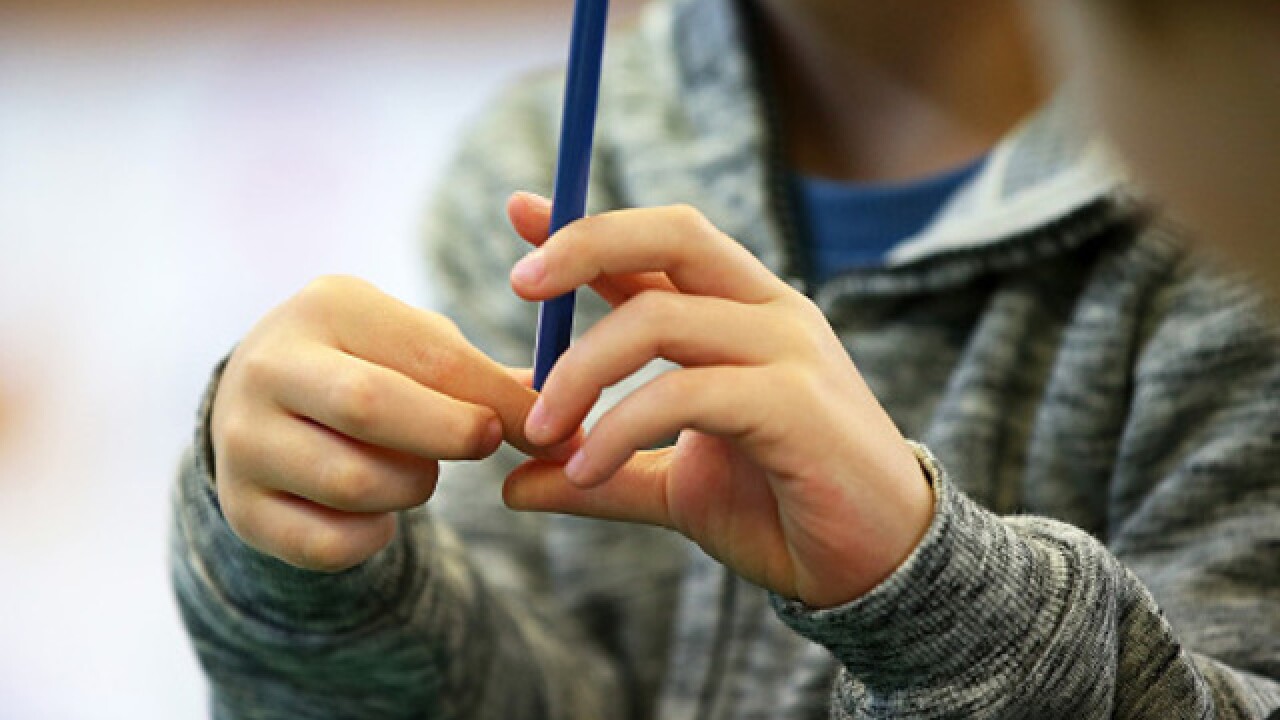 NORWOOD, Ohio -- Common Core education standards that are being employed in Ohio, Kentucky and 40 other states call for second-graders to learn about U.S. currency and its denominations and to develop an ability to solve problems that require a rudimentary knowledge of money.

Lessons might involve questions about how many pennies are in a quarter and how many quarters are equivalent to a dollar. And if the price of an item is $2.73, how many dollars, quarters, dimes/nickels and pennies would you need to complete the transaction?

Generally speaking, second-grade pupils know that we use money to buy things, says Stephanie Brown, who teaches that grade at Sharpsburg Elementary in Norwood. But for the most part, their knowledge doesn’t extend much further than that, Brown said.

So a few months back, she decided to teach her pupils about money by going into business with a classroom of second-graders.

Pupils in her math class not only met the Common Core expectations about U.S. currency but they also acquired some fundamental knowledge about how a business works when they created Bead Buddies and began selling — during recess periods — the materials needed to make beaded bracelets.

Don’t think for a minute that the second-graders’ dearth of knowledge about money was something unique to Sharpsburg Elementary.

Educators and others who know business and finance are in general agreement that children in grade school, college students and a surprising number of adults know next to nothing about money and finance and how to avoid some of the financial pitfalls that can have profound and long-range impacts.

“And the topic can be a real buzzkill between husbands and wives,” said Harman, who also created a website called Kids’ Finance.

From her point of view, teaching children about money as early as possible has one huge advantage: “The biggest benefit of all is that they get to make five-cent and 10-cent mistakes rather than 5,000- and 10,000-dollar mistakes when they’re older,” Harman said.

“I want to see it (financial literacy) given a higher priority,” said Harman, who hammered home the point over and over that saving 10 percent of your income is a keystone principal that can lead to financial security in the future.

“We have a long way to go to get this information to kids,” said Christopher Caltabiano, chief program officer for the Council for Economic Education in New York, a national organization that focuses on teaching young people about economics and finance. “It’s real-world stuff that you deal with in school and when you get out.

“I would have thought that the greatest recession (in 2008) since 1929 would have a lot more impact on the schools to get kids prepared for their financial futures,” he said.

Caltabiano said teaching young people about money and finance involves developing critical-thinking skills and making sure that every student can understand the different choices that are being presented and then make an informed decision about those options.

The council’s most recent national survey, which is conducted every two years, included a gloomy assessment earlier this year.

“The 2016 Survey of the States shows that there has been no improvement in economic education in recent years and slow growth in personal finance education,” the introduction to the survey said.

Other states offer courses on economics in high school and 20 states require students to take an economics course.

Like Caltabiano, Brown in Norwood stressed that her lesson was rooted in everyday experience for most of the children.

“This was a real-life scenario that allowed them to understand the purpose of money,” Brown said of Bead Buddies, which existed for just 12 days.

Besides buying and then selling the beads for a profit, the pupils spent time advertising and marketing their product, writing scripts that were read over the school’s speaker system and creating posters that promoted their company and its product.

Brown said the students also learned about supply and demand and how that concept affected prices. Some beads that were in short supply wound up being more expensive than beads that were available in abundance, Brown said.

At the end of the project, Bead Buddies had made a profit of $200 and the pupils decided to donate the money to Norwood Promise, a nonprofit that raises funds to help cover the expenses of Norwood students who are continuing their education after high school.

Brown said she plans to repeat the lesson during the next school year.

“Near the end of it I was able to step back and they were able to run it. I wanted to make sure they had fun with it, learned from it and took ownership.

“I saw how much they enjoyed it, and the first-graders are interested and they want to do it next year,” she said.