You can drink it there or take it home 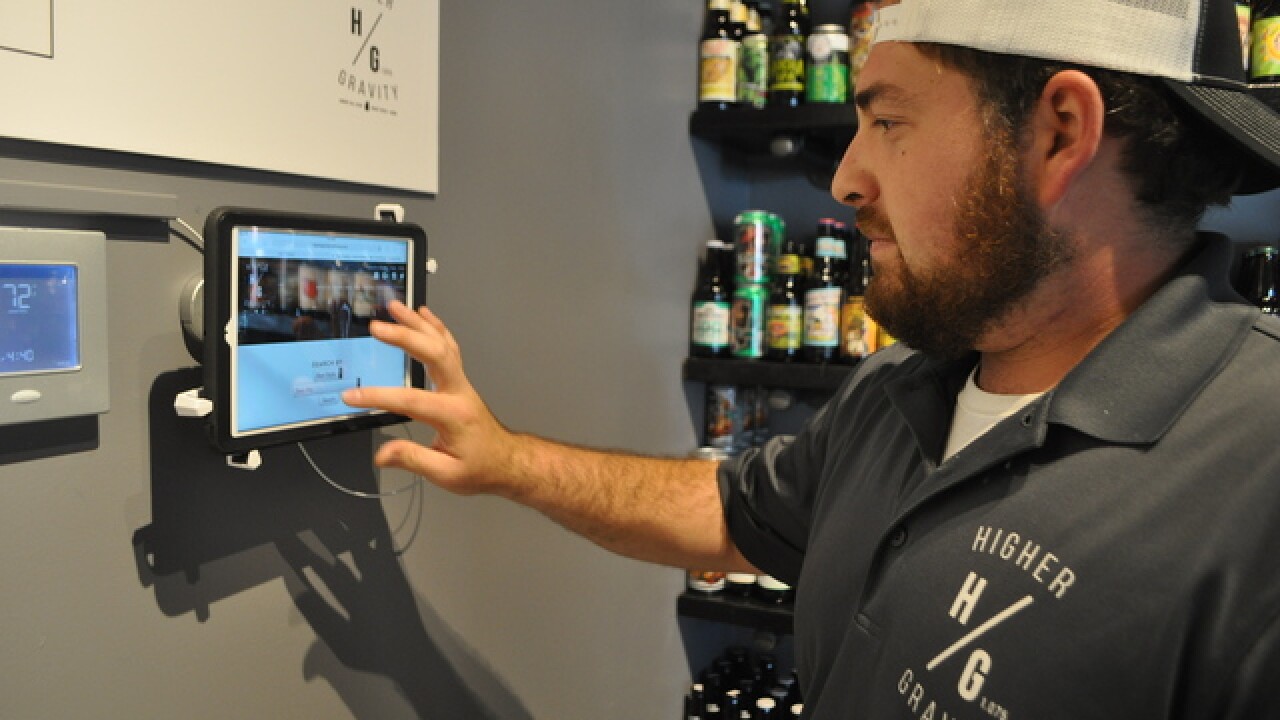 Copyright 2017 Scripps Media, Inc. All rights reserved. This material may not be published, broadcast, rewritten, or redistributed.
Liz Engel | WCPO contributor
<p>Higher Gravity is outfitted with iPads so customers can browse the complete inventory. Its website is also mobile friendly.</p> 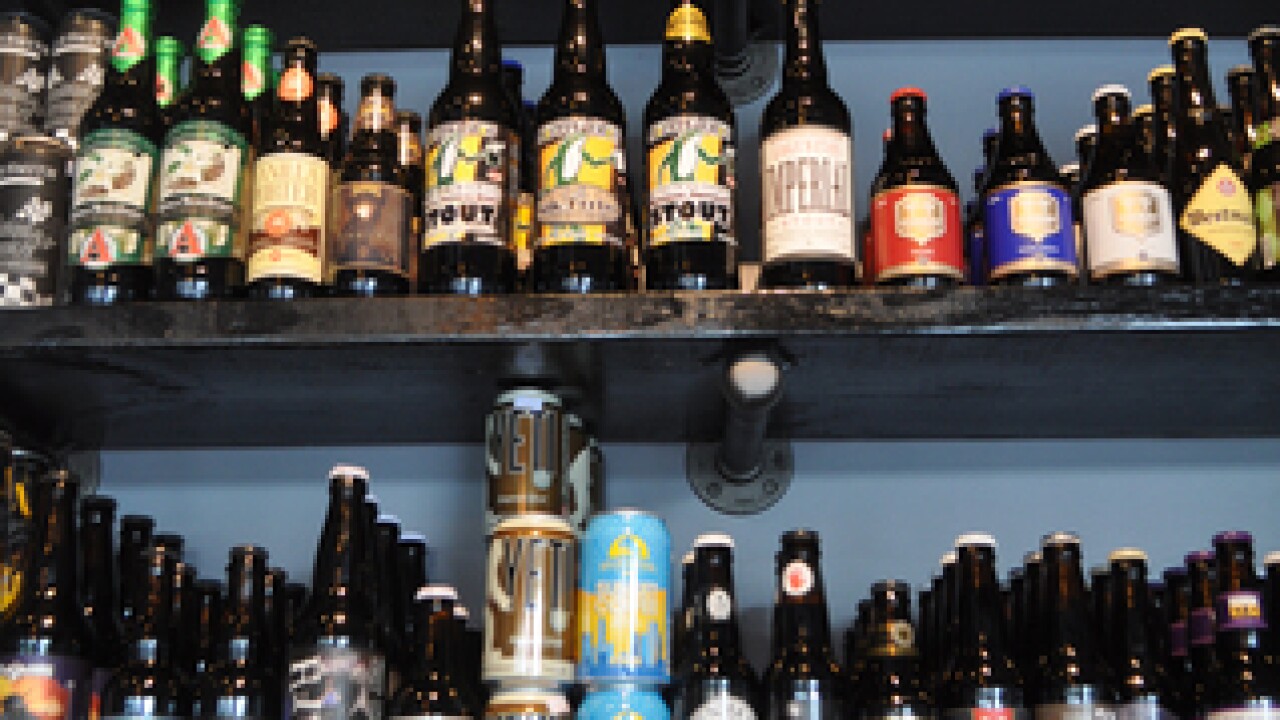 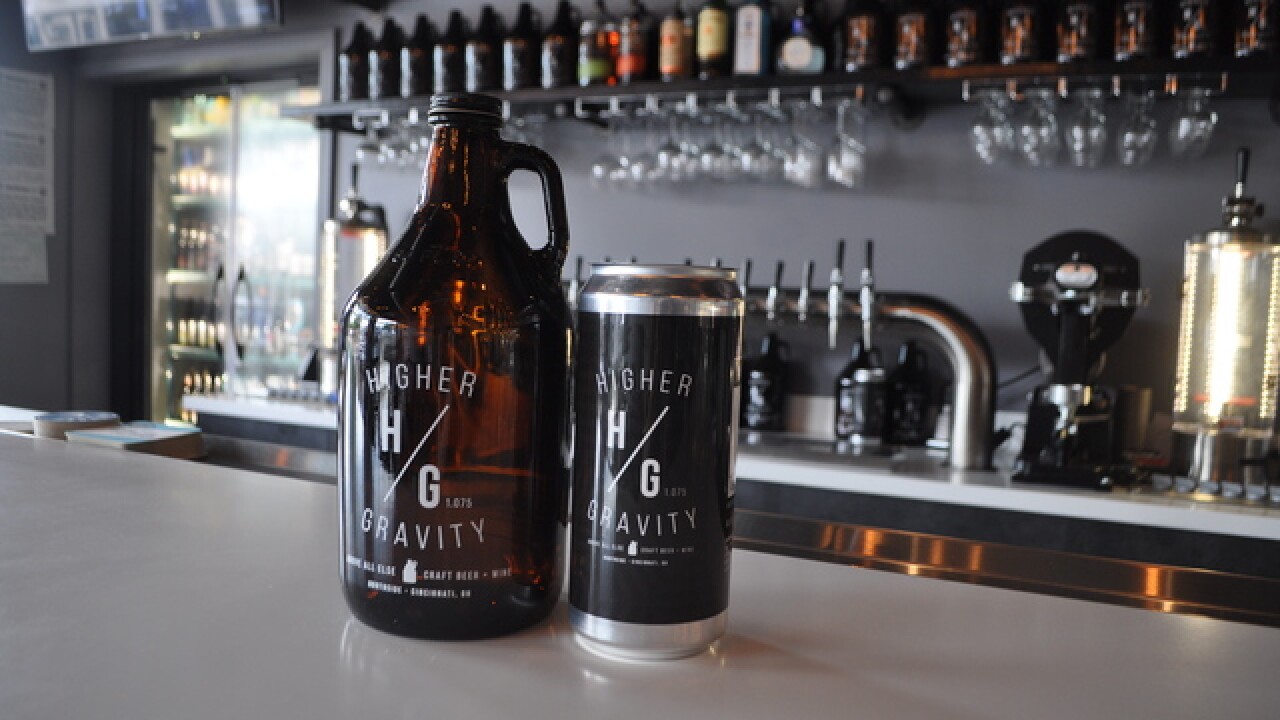 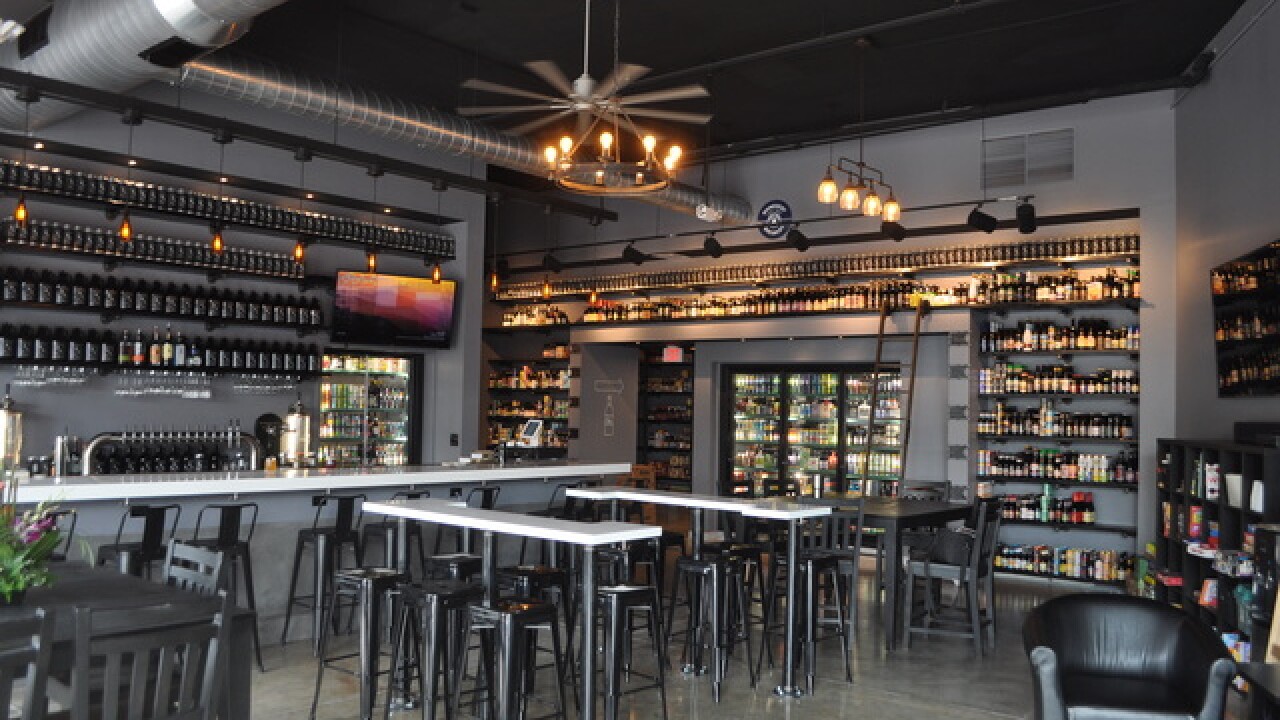 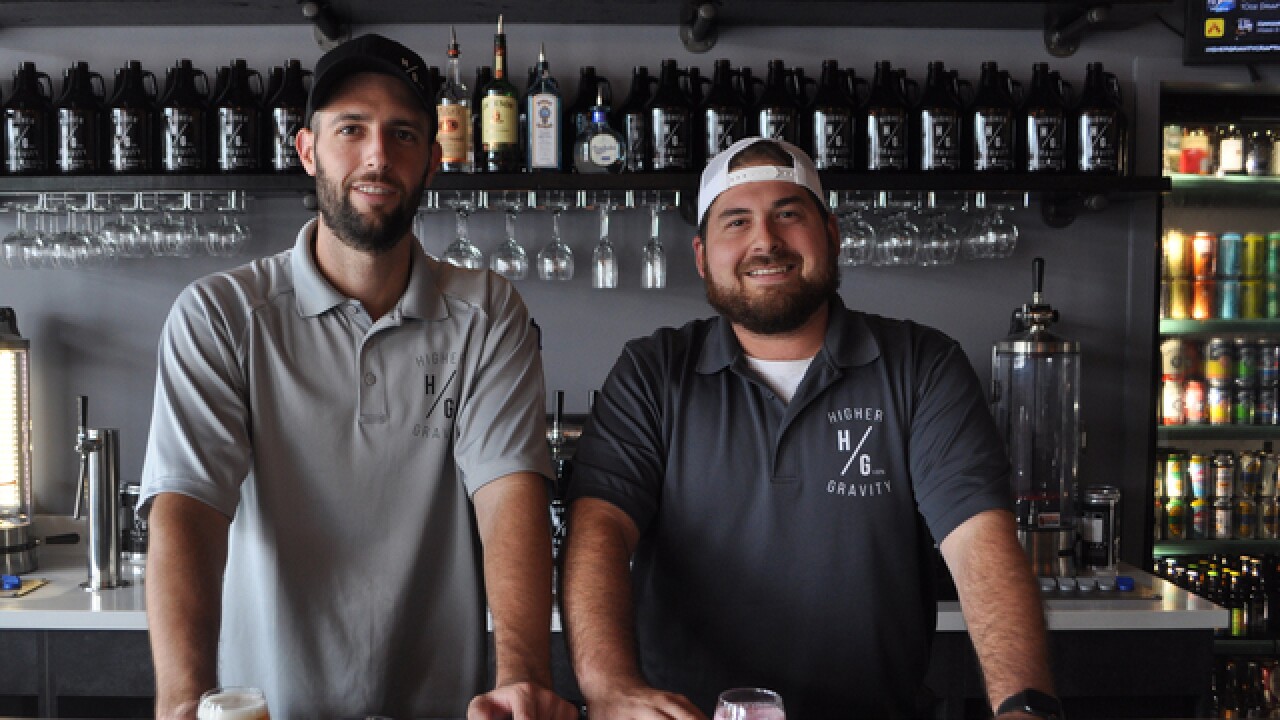 CINCINNATI -- What does an assembly of 500-plus beers look like?

Higher Gravity, the brainchild of locals Nick Belleman and Jason Parnes, lives as a hybrid -- a retail store that also feels like a brewery, which is partly what makes it most unique. Customers can literally pick any item from the shelf -- beer or wine -- and either drink it in house, for a nominal corking/capping fee, or take it to go. You can make your own six-pack or fill your growler or crowler.

The other distinction? It promises to break your rut of always ordering the same old thing. Higher Gravity's hands-on style caters to both beer snobs and newbies alike.

"The bar scene is changing," Belleman said. "Obviously, we don't have our own brews here at this time, but that's the vibe we're going for. It's family oriented; you can bring your kids here. We have high chairs and juice boxes and games."

So far, they've stocked more than 60 types of wine and 500 different kinds of beer -- all organized by style -- and have 14 drafts on tap. There's also a limited liquor selection, which Belleman says could make for some interesting beertails (beer and booze combos) such as one they might debut this weekend: the Urban-Rita, a mix of tequila and Urban Artifact's Keypunch, a key lime gose.

Although that might sound overwhelming to some, Parnes is hoping to make its big selection feel inviting and personalized, not intimidating. They've outfitted the shop with a couple of iPads so customers can browse their complete inventory. Their website is also mobile friendly.

Each beer is rated through Untappd, a social-media app, "so you know what you're getting," he said. Other lessons -- on the reasons for certain glassware and the like -- are also incorporated throughout the space.

"I'll go to a place like Party Source, which has some of the best selection ever, and I'll spend a good two hours looking for beers," Parnes said. "We wanted to make it easier for somebody to find what they wanted or to branch out of their comfort zone. The more you learn about beer, the more you want to try, and the more you want to diversify your experience. That's what we bring to the table."

In their previous lives, Parnes and Belleman worked together in the accounting and consulting field. The gig had them traveling "all over the world," which, in kind, exposed them to some really cool brews.

"That really got us into beer," Parnes said. "We were able to try a lot of things that other people really didn't have access to."

They always talked about opening a bar, but for years it was just chatter. Then Parnes started homebrewing, and Belleman, in his job, felt a little burned out.

"We had always chatted about doing something different," Belleman said. "But one day I just said, 'Let's do it.' "

They picked a spot in Northside, choosing a locale next door to Melt in The Gantry, located at the corner of Hamilton Avenue and Blue Rock Road, because they liked the community feel.

"It's exciting to see the changing landscape of this community and to see some of the things going on," Belleman said. "We weren't the first ones here, but we're part of this new breed. To us, Northside is a hidden gem. It's amazing how many people just don't know it."

The bottle shop has lots of modern touches. Beers -- rows upon rows of them -- are arranged by style, from IPAs to Belgians and more. A mural on the wall helps explain how best to navigate the shop. In all, it's about 2,214 square feet, and there's seating for about 50. Belleman hopes to be running full steam in the next week or two.

"One thing we really drive home with our staff is customer service," he said. "We want to build those relationships."

There are small snacks available, but otherwise, it's BYOF, or bring your own food.

Hours are 11 a.m.-11 p.m. Mondays-Thursdays, 11 a.m.-midnight Fridays and 11 a.m.-9 p.m. Sundays. Higher Gravity wants to double as a co-working-type space, much like Covington's Braxton Brewery, with wi-fi access and a partnership with Bru Brothers Coffee.

Otherwise, expect to see a lot of both Parnes and Belleman, whether behind the bar or working on the floor. They will be learning right alongside their customers, they said.

"We're excited. And I think we'll always be around, no matter what, or no matter how successful this is, because the long-term goal of this is not to just have one," Belleman said. "We think this is a concept that's very repeatable, and we hope we can expand on it in other markets."