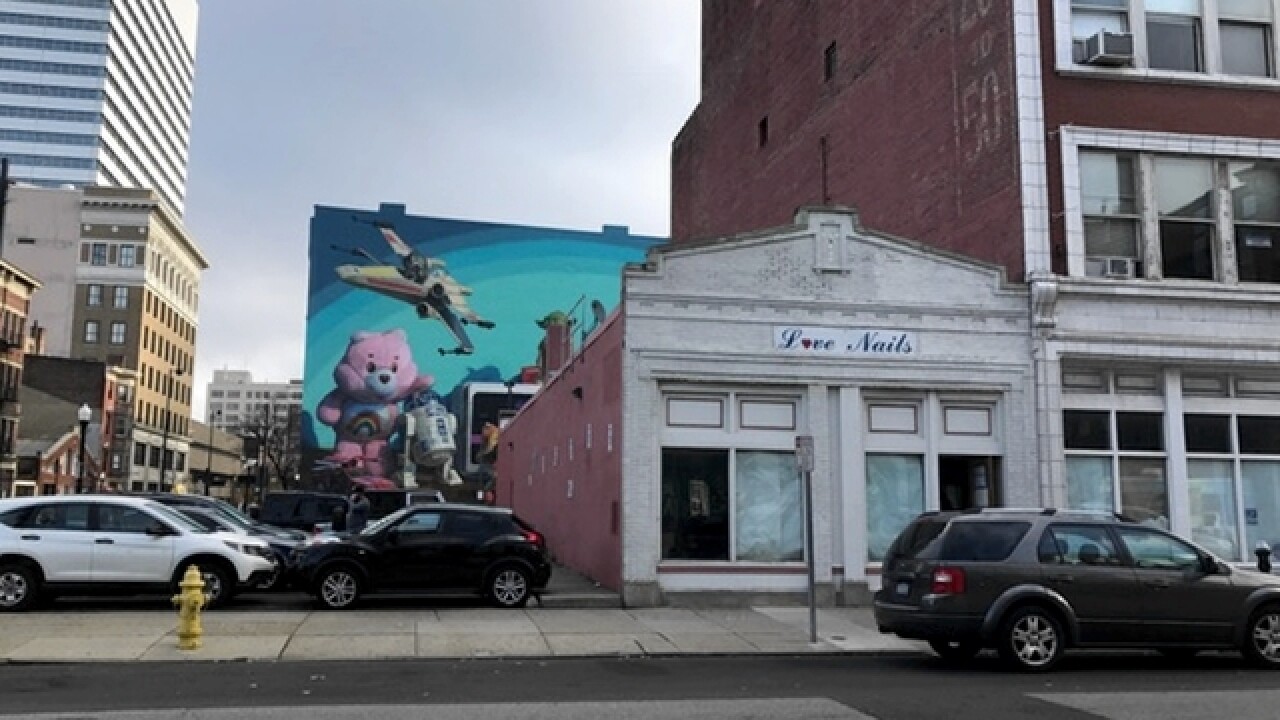 CINCINNATI -- When Northside Distilling Co. opens its second location Downtown on April 29, people will be able to watch how whiskey goes from grain to glass.

"Here you will be able to see how the sausage is made and then sit down and actually have the cocktail," said Chris Courts, Northside Distilling's head distiller.

He started making corn whiskey inside Northside Distilling's first location, a small white barn at 1326 Spring Lawn Ave., in 2014 after being hired by two of the distillery's owners, Josh Koch and Chris Leonidas.

Courts, now a part owner himself, is overseeing the remodeling of a single-story building at 922 Race St. while he continues to distill corn whiskey, moonshine and vodka in Northside. Courts said the new space, a former nail salon, will both expand the distillery's production and be one of the first bars of its kind Downtown, thanks to recent changes to Ohio liquor laws.

"That law changed in September and now lets distilleries operate their own bar as long as they are selling cocktails and drinks made with their own spirits," he said.

The bar, which will occupy the front of Northside Distilling's new space, initially will open for limited evening hours and special events.

"We're very excited," said Koch, who started the distillery with Leonidas and other friends as a side project. "It's a chance for us to get our product out more."

People also will be able to buy bottles of Northside's spirits made on site and tour parts of the actual distillery, Courts said.

The Downtown location incorporates elements of the current distillery, such as its bar and repurposed barn wood for decor.

"What we want to do is demonstrate where we came from," Courts said.

The distillery's four current 25-gallon still tanks will join a new 100- to 300-gallon tank at the Race Street location. The added production capacity will allow Northside Distilling to further expand distribution both locally and into Kentucky, Courts said.

The owners plan to turn their Northside location into a rickhouse to store barrels and age bourbon, which takes about four years.

"I kind of feel like we've got proof of concept and now want to stretch our legs a little bit here," Courts said.