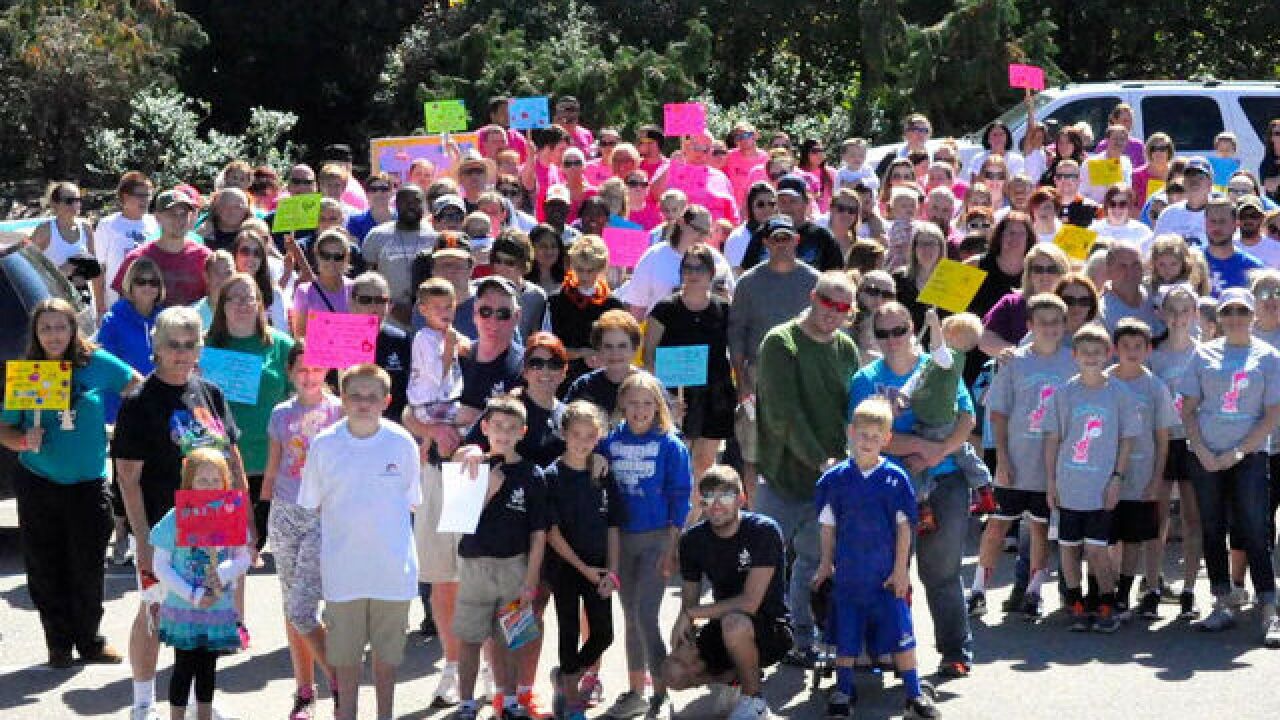 UNION, Ky. -- Lisa Louden woke up the morning before her daughter’s due date in 2004 with a feeling of dread. Something didn’t feel right.

The Union mom wasn’t feeling the telltale flutters and kicks of a healthy baby. She tried not to panic and attempted to persuade a little movement with a few of her unborn daughter’s normal triggers: She tried lying on her side, she showered and she drank some sugary fruit juice. Nothing worked.

What followed is every expectant mother’s worst nightmare. Her obstetrician’s office couldn’t find a heartbeat. She and her husband rushed to St. Elizabeth Hospital’s Family Birth Place, where their fears were confirmed. The couple’s daughter, Alexis MacKenzie, had passed away just a day shy of her due date.

Louden went through a long, painful delivery through the night and met her stillborn daughter the following day. She was just over 7 pounds and looked like a perfectly healthy newborn, Louden said. There were no cord accidents and subsequent reports confirmed a healthy placenta and no signs of infection.

Louden left the hospital with questions that would remain unanswered and a broken heart. Instead of bringing a baby home, she carried with her a few mementos that a sympathetic nurse had helped secure and a list of support groups.

“The vast majority of the groups were based across the river in Ohio, and the ones listed with 859 area codes mostly turned out to be dead ends,” Louden said. “It was really disheartening.”

Even through her grief, Louden said she could see the writing on the wall. There simply wasn’t much support available in Northern Kentucky for families grieving the loss of a stillborn child.

Louden set out to change that and founded the Missing Alexis Foundation. The nonprofit aims to provide support to local families who have experienced the loss of a child through miscarriage, prematurity, stillbirth, SIDS (Sudden Infant Death Syndrome) and other forms of antenatal and neonatal death.

Since it was founded in 2008, the group has been a source of comfort to countless grieving families through its HEARTS support group, outreach initiatives and annual memorial walk, the Northern Kentucky Walk to Remember.

This year’s ninth-annual walk is set for Sunday afternoon (Oct. 9) at the Boone County Arboretum at Central Park in Union. Registration begins at 1 p.m., and the walk will start around 2 p.m.

The event is held each October to coincide with Pregnancy and Infant Loss Awareness Month.

“Our first year, we had 50-75 people participate. Last year, we had nearly 300 participants,” Louden said of the walk. “It has definitely grown and it’s something this area desperately needs.

“It’s a statistic that no one wants to talk about, but this is something that happens in one in four pregnancies.”

The nonprofit focuses much of its efforts on providing memory boxes to local hospitals, mostly within St. Elizabeth Healthcare’s system. The boxes are given to families in their labor and delivery and neonatal intensive care units who experience a late-term pregnancy loss or lose their babies to prematurity complications. Each contains items that allow parents to make memories, including giving their baby a bath and dressing their little one in a sleeper and receiving blanket. They also contain journals and other memory-keeping items, like photo frames and keepsakes that capture hand and footprints.

“Sadly, those few moments are all they’re going to have with their baby,” Louden said. “Those memories have to last a lifetime.”

That’s why training nurses and others at local hospitals how to deal with infant loss and providing them with resources, like the memory boxes, is so important, Louden said. She also sits on a bereavement panel at St. Elizabeth and provides insight on positive ways nurses and other hospital staff can interact with and support grieving parents who lose their baby.

The Missing Alexis Foundation’s approach, and Louden’s dedication to grieving families, has made the organization an invaluable resource that was previously missing in Northern Kentucky, according to Liz Youngs, a chaplain at St. Elizabeth who serves families in the hospital’s labor and delivery unit and NICU.

Back in 2004 when the Loudens lost Alexis, St. E didn’t have as many resources to help families deal with infant loss. Since then, they have established a standard of care, Youngs said.

The hospital provides ongoing training for its nurses on caring for families experiencing pregnancy and infant loss and has even hosted an annual memorial service for the babies for the past five years. They also work closely with the Missing Alexis Foundation, and other local nonprofits, to ensure families are immediately connected with community resources, she said.

The hospital is also well stocked with memory boxes and gives their families time to spend with the babies -- and time to grieve.

“When we can help in these early moments, it’s very meaningful. Research tells us that the experience people have in those first moments affect their grief journey,” Youngs said. “We want our families to know that they’re not going through their loss alone.”

Connected by loss and a passion for helping others

Louden said her organization is just one-third of a local coalition that’s devoted to supporting and raising awareness for those who experience pregnancy and infant loss in Northern Kentucky.

Niki Gordon, of Independence, shares a similar story of loss turned to advocacy. She and her husband, Danny, started raising funds for the cause after losing their first child, Maizy Lynn, who was stillborn at 32 weeks.

The couple hosts the Maizy Lynn Open Golf Scramble each year and has raised tens of thousands of dollars in an effort to bring awareness to the widespread issue and help support Missing Alexis Foundation’s memory box project.

Gordon said she and her husband know first-hand how important those mementos are for families.

“Whether it’s a journal or ornament for your Christmas tree, it means so much,” she said. “What’s great about the memory boxes is that they’re customized. They’re gender-specific and some are specifically for preemies… so they fit each individual family.”

Also working to fill a need for grieving families is Stacey Gripshover, of Verona. She created local nonprofit Raising BLUE after her son, Leo, was stillborn in 2012.

The organization raises funds to help with funeral expenses for stillborn babies. It’s a cause very close to her heart. As they were making preparations for a funeral for their newborn son, Gripshover and her husband were notified that an anonymous donor had taken care of the funeral expenses.

“It doesn’t matter if families need the money or not, it’s a show of support when they need it the most,” Gripshover said. “When parents leave the hospital, they feel very alone.”

Raising BLUE is also dedicated to education aimed at helping prevent stillbirth, and Gripshover works with Count the Kicks, a public awareness campaign that encourages expectant mothers to monitor and track their baby’s movements.

Collectively, all three women have created a grassroots effort locally that has helped countless grieving families deal with unimaginable loss, Youngs said. And it’s making an impact in Northern Kentucky.

“Losing a child is the ultimate trauma,” Louden said. “We always expect to outlive our kids. When you experience that kind of loss, it’s hard for people to empathize. Our goal is to create awareness and support these families that are grieving often behind closed doors.”