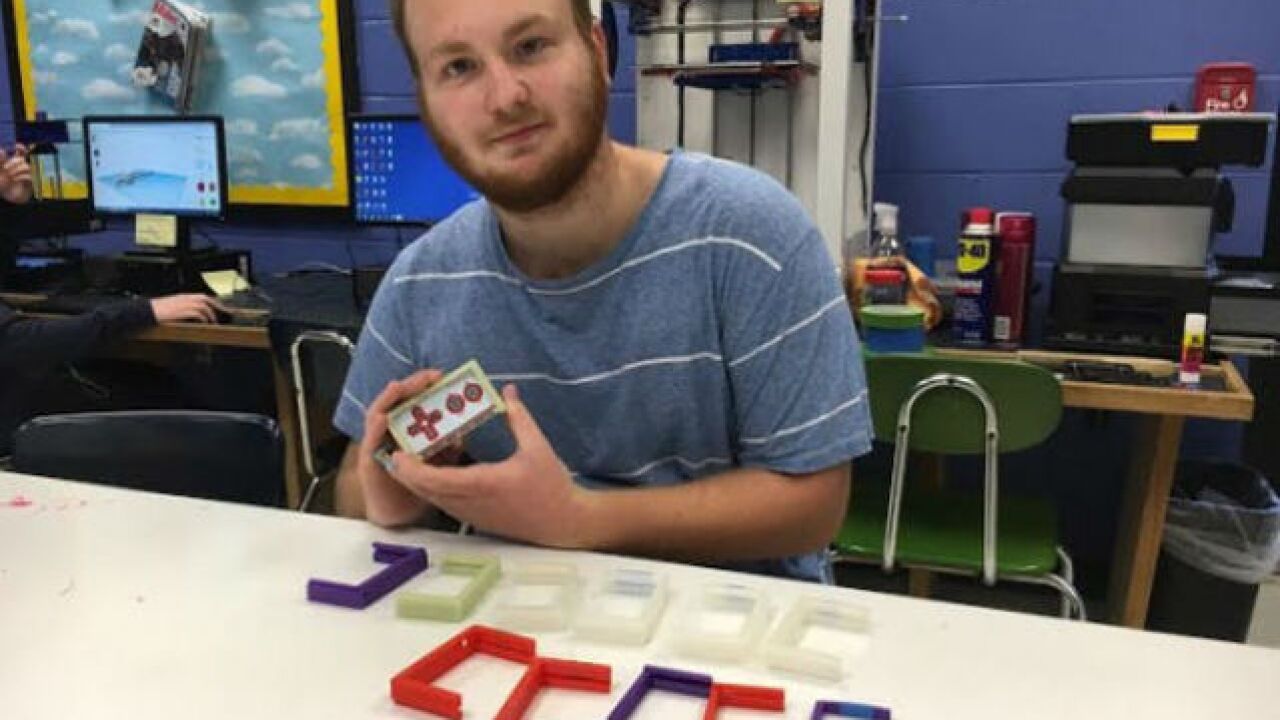 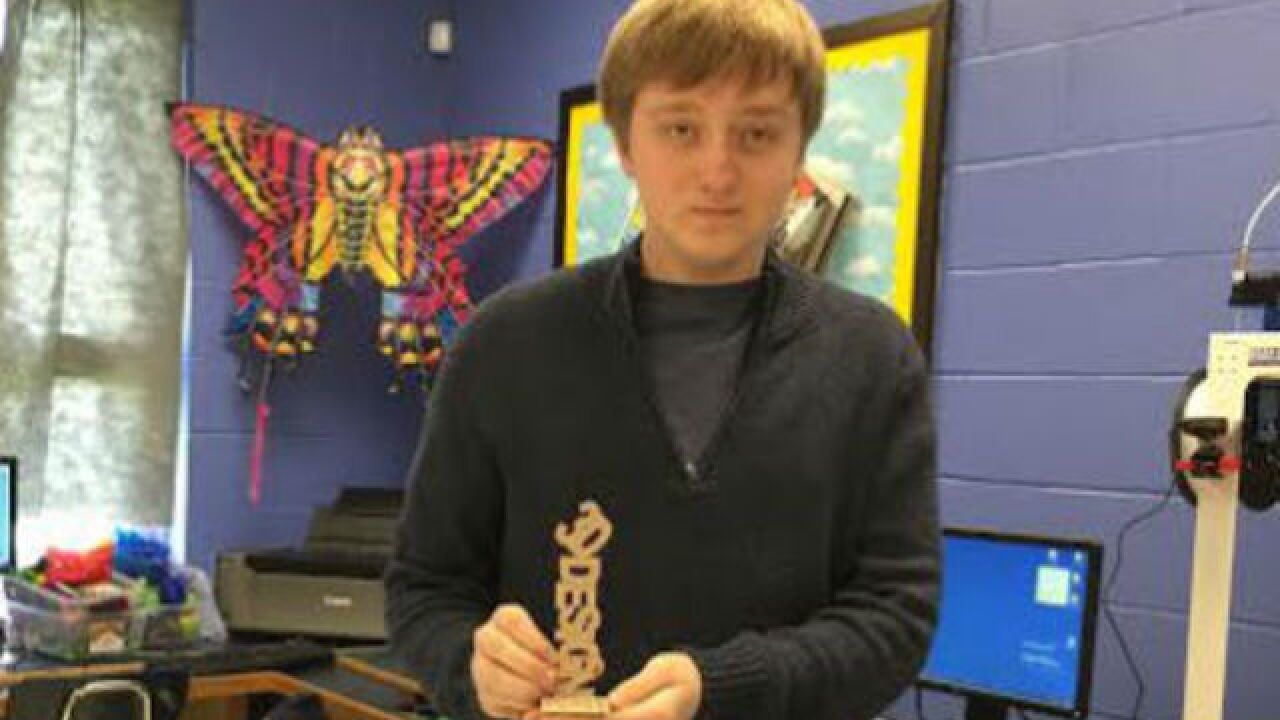 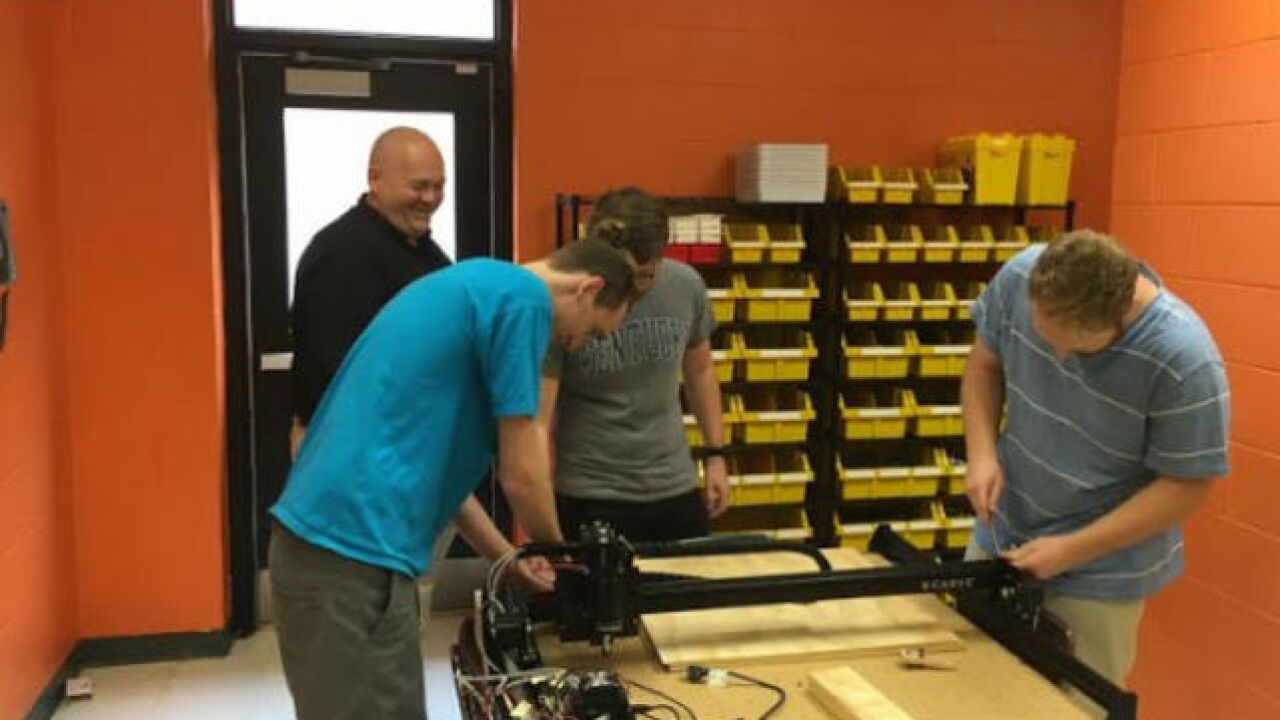 BURLINGTON, Ky. — The impact Northern Kentucky MakerSpace is having on the community can be best described through the story of an unlikely source: Pita, an abandoned New Zealand white rabbit.

The cuddly, snow white rabbit had been at the Boone County Animal Shelter for a while when a group of high school media interns from the Boone County-based program took on the challenge of getting her adopted. After one professional photography session, and some creative photo editing using state-of-the-art computers and graphic design software, the group made Pita’s new adoption photo irresistible.

The students posted her close-up on the shelter’s Facebook page. Within hours, the friendly rabbit was pictured in a new photo in the arms of her new mom.

“Seeing that photo of (Pita) with her new mommy was incredible,” said Madison Rechtin, a Conner High School senior. “It was a moment when we stepped back and were able to say, ‘We did that.’”

The 11 high school interns at Northern Kentucky MakerSpace are all having those “a ha moments,” according to Ryan Kellinghaus, Boone County Schools’ expanded learning opportunities coordinator. The former assistant principal took on the leading role at the newly created STEAM (science, technology, engineering, arts, and mathematics) space in June.

Housed in a quaint, brick facility on the Boone County Fairgrounds in Burlington, the K-12 program is meant to be a regional hub for the next generation of innovators. Six art- and tech-themed rooms offer the latest equipment, from laptops and 3D printers to hammers and nails, intended to encourage students to think and create.

“We want to inspire every student to dream big and create something unique here,” Kellinghaus said. “We like to think of this space as a fun, creative extension of a traditional classroom.”

MakerSpace is open to students and families across the region and hosts field trips and workshops throughout the year. The program co-hosted a World Maker & Inventor Expo last weekend at Boone County High School that drew more than 1,500 people.

While those activities certainly demonstrate the success of the program and encompass what was originally imagined for MakerSpace, it’s Kellinghaus’ last-minute idea to add student internship opportunities into the mix that has significantly broadened the program’s reach. Upon taking the program’s reins last summer, he was able to secure a group of interns from four of the school district’s high schools.

“It was difficult because the students’ schedules were already set,” he said.

He promised the shuffling would be worth it, he said, because he knew the interns would be an integral part of the puzzle in producing the “high impact” the program’s creators were looking to make on the community.

“I’m glad we were able to get it off the ground,” Kellinghaus said. “A lot of the cool work coming out of Northern Kentucky MakerSpace is being driven by our interns.”

Seeing the interns work on a slew of projects first-hand at the MakerSpace facility looks more like watching young professionals at work. On any given day, you’ll find students collaborating on different projects relating to audio and video, robotics, engineering, and design and 3D printing. They move throughout the space freely, completing student-led projects without much interference from their teacher. Each room at the facility offers a treasure trove of tech gadgets that bring their ideas to life.

The reason these teens don’t look like students working on traditional school assignments is simple, according to Kellinghaus.

“They’re solving real-world problems,” he said. “You can’t get these experiences from a book.”

Aside from the group’s partnership with the Boone County Animal Shelter, the interns have been working with a variety of organizations, classroom teachers and even businesses, like Toyota (which is also one of its sponsors), to get real-life experience in their respective fields of study. And just like in the real world, the interns offer up ideas, create proposals and speak directly to local business leaders, educators and other professionals to help solve problems.

“It feels a lot like a job,” Conner senior Braden Siebert said on Tuesday, as he was single-handedly upgrading all of MakerSpace’s 3D printers. A grant through the Greater Cincinnati STEM Collaborative paid for the upgrade that will allow students to print larger materials. MakerSpace is kept afloat by similar grants, community sponsors and support from the school district, which partnered with the Leadership NKY Class of 2015 to create the program.

To tie in with organizers’ original community-minded vision for the program, many of the interns’ assignments are service-learning projects that allow the students to learn while serving a need.

The services they provide are invaluable to Boone County, according to animal shelter director Beckey Reiter. The program’s partnership with the shelter has been a “win-win,” she said.

“The kids are learning through doing, and the community benefits,” she said. “When you look at their capabilities, the possibilities are endless. It’s really exciting, and I think we’ll see even more unique partnerships come from the program.”

For their part, when the interns graduate this spring, they will leave a positive mark not just on the community, but also on the fledgling program, Kellinghaus said. And he already sees the lasting, positive benefits of MakerSpace.

“The impact for students really hits me when I hear them talking about interviews,” he said. “The kind of experiences they’re getting here, and the important skills they’re acquiring, is exactly what people are looking for in today’s high school graduates.”

As word spreads, more students are expressing an interest in the internship program, he said. It will likely expand next year to include more high school students. More offerings are being added all the time for the region’s younger STEAM-enthusiasts, too. The workshops and field trips remain at the heart of Northern Kentucky MakerSpace’s mission.

“It’s such a resource for students interested in art and technology,” said intern Andrew French, a Conner High School senior. “It’s such a neat experience to get to see the whole process – designing something and seeing it materialize – from start to finish.”