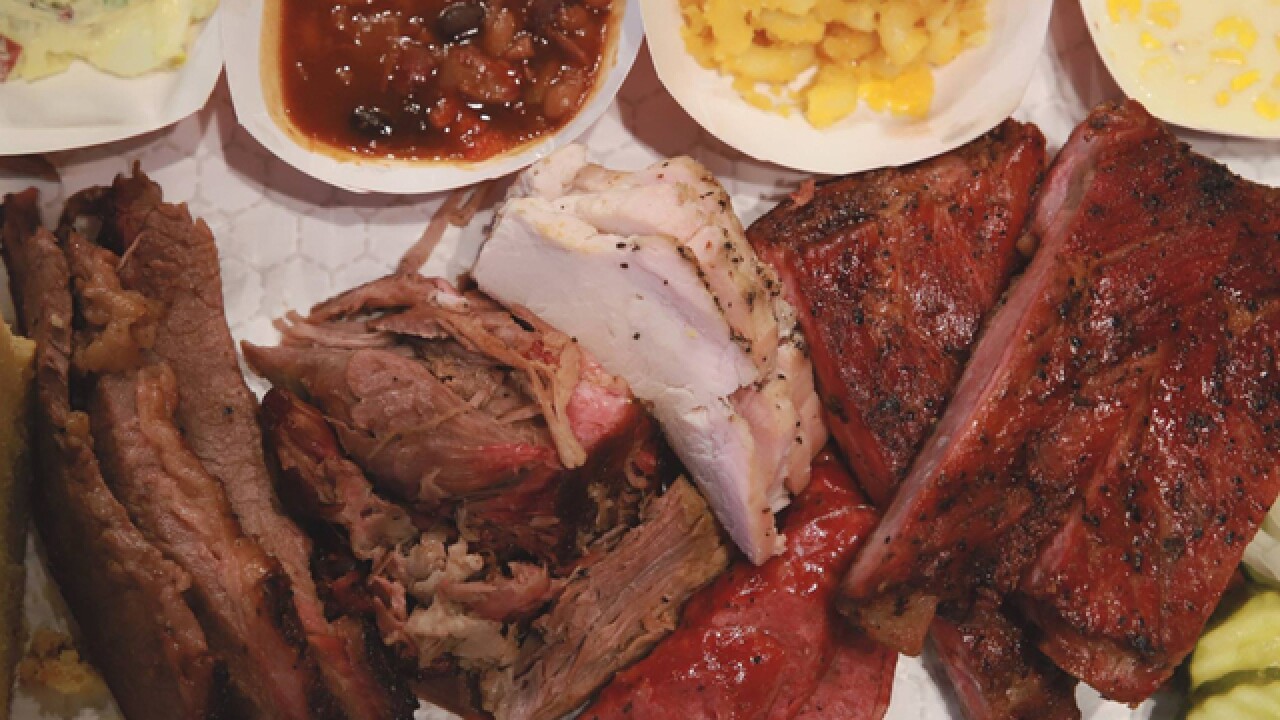 FORT WRIGHT, Ky. – A father-and-son duo is putting Texas-style barbecue on the map in Northern Kentucky.

John and Robert Harmon opened Harmon's BBQ in March in the Shoppes of Fort Wright, at 3481 Valley Plaza Parkway. The restaurant, which serves a variety of wood-smoked meats along with made-from-scratch sides, fills a niche in the market, they said.

The Harmons spent more than a decade living in the Lone Star State but had trouble finding comparable Texas-style barbecue when they relocated back home to Villa Hills years ago. The family has decades of restaurant experience, but this is their first eatery that's not a franchise or chain.

"It's been good so far. Crazy good," John Harmon said. "We hoped we'd do well. But we've exceeded those expectations by quite a bit. Our demographic so far as been (ages) 2-90. And our customers are always saying, 'This is like coming to a picnic.' That's what we're going for."

In keeping with true Texas tradition, the brisket shines. It's USDA Prime and takes 14 hours or more to prepare, said Robert Harmon. Harmon's BBQ also features sausage, pork ribs, pulled pork and turkey, all available in sandwich form, or meat-market style, by the quarter pound, half-pound and more. All meats are wood-smoked.

There are also no exotic rubs. And Harmon's offers only one barbecue sauce, which is homemade, too. Robert Harmon said he spent hours of trial and error perfecting his recipes menu. He wants the meat itself to shine.

"That's our goal. I don't want to spend 14 hours cooking something only to cover it up with sauce," he said. "We want all our flavor to come from the wood."

Harmon's rounds out its menu with a chef's salad and a barbecue baked potato: pulled pork or chopped brisket with cheese, butter, sour cream and bacon. The El Jefe is a massive sandwich featuring brisket, pulled pork, sausage and two ribs.

In another Texas nod, dishes are served with jalapeños, onions or pickles. Sides include coleslaw, potato salad, mac and cheese – made with real Wisconsin cheddar – french fries, creamed corn and baked beans, or a three-bean blend with red bell peppers.

"Everything is made from scratch, from the ground up," Robert Harmon said.

Patrons can wash down their food with a selection of domestic and craft beer. The fast-casual restaurant features community seating for roughly 80 guests.

Harmon's BBQ is open for lunch and dinner Tuesday-Sunday. The Harmons are big on the locale – you can see the smoker from the street – and its ease of access. The cities of Edgewood, Taylor Mill, Independence, Fort Mitchell and Covington are all within a few minutes drive.

There are plans to increase catering sales, and Robert Harmon said he's planning for some slight tweaks to the menu – the restaurant may carry beef short ribs once a week, for example.

But for now the Harmons are just trying to catch their breath. Business has been brisk. They've been known to sell out of individual items. And that’s OK with them.

"The food I serve today is what I cooked today, and when it's gone, it's gone," Robert Harmon said. "We don't own a microwave. Working with a chain/franchise (restaurant), we know every shortcut possible. We don’t use any of those here."