Special-gas requirement may soon be lifted 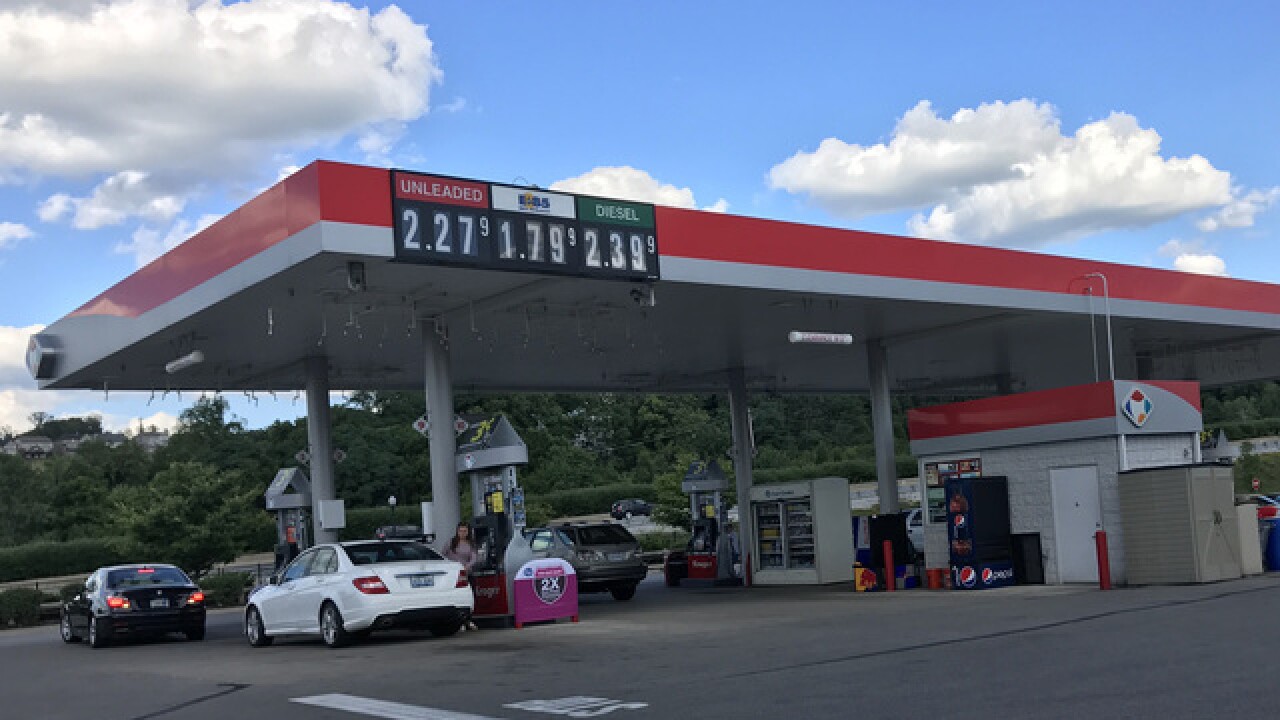 Copyright 2017 Scripps Media, Inc. All rights reserved. This material may not be published, broadcast, rewritten, or redistributed.
Vickie Ashwill | WCPO contributor
<p>Gas prices at Kroger in Newport on June 27 were $2.27.</p>

Northern Kentucky drivers may finally see the kind of lower gas prices their Ohio counterparts have enjoyed starting next year.

If the Kentucky Division of Air Quality's plan passes muster with the U.S. Environmental Protection Agency -- which it is expected to do -- prices could drop 10 to 20 cents per gallon or more by early 2018.

Boone, Kenton and Campbell counties have had higher prices than their neighbors just across the Ohio River since 1995.

That's because they're paying for a reformulated gas designed to help improve air quality, according to Sean Alteri, director of the Division of Air Quality in the Kentucky Department for Environmental Protection. The Louisville region is the only other Kentucky area that sells reformulated gas.

The price differences are well known, and some Kentucky residents just drive to Ohio or head south to buy cheaper gas.

"Honestly, doesn't everyone just fill up whenever they cross the river?" asked Greg Coburn of Fort Thomas. "Or heading towards Lexington? I know I do."

But area residents still want to make sure the air quality improves.

"I support any efforts to help make the air a little cleaner, as the Ohio Valley is one of the worst in the county," Sharon Sargent of Fort Thomas said. "An extra 10 cents per gallon is a small price to pay."

Sargent also said the reformulated gas should be taken off the market.

"I also believe that a lot of refinement advancements have been made since this (gas) was originally introduced."

So what's different from 22 years ago?

Air quality has improved in these three counties, Alteri said. Two monitors in the area meet the 2015 air standard; the others meet the 2008 standard.

Other air quality regulations have reduced nitrogen oxide from power plants, for example, and some plants have shut down, he said.

But cars and gasoline products have also changed. Cars are designed to emit fewer pollutants, and gasoline formulations have improved.

The current formulation used in Northern Kentucky is more expensive to produce than other, newer products, Alteri said. Cars also get better mileage per gallon, meaning less gas is being used.

Of course, all things being even, it still depends on where you buy your gas.

Down south toward Tennessee, the cheapest gas was just north of the border in Corbin, Kentucky, at $1.75 per gallon.

Fort Thomas' Coburn uses the GasBuddy app to find the best gas prices. He goes to Oakley, Beechmont or the Norwood Kroger to get a lower price and uses his Kroger gas points.

Alteri said the state is working with the regional EPA office in Atlanta to review options. Once the Kentucky proposal is finalized, it will go to a public hearing, and those comments will be addressed before being sent for a final OK.

The proposal was expected to be ultimately approved, he said, because in April the U.S. EPA removed the specialized gas requirement for the summer months in Cincinnati and Dayton.

A news release from the Ohio EPA showed that the low Reid Vapor Pressure gas used from June 1 to Sept. 15 costs motorists about 12 cents more per gallon. It estimated the additional seasonal cost to motorists at $44 million.