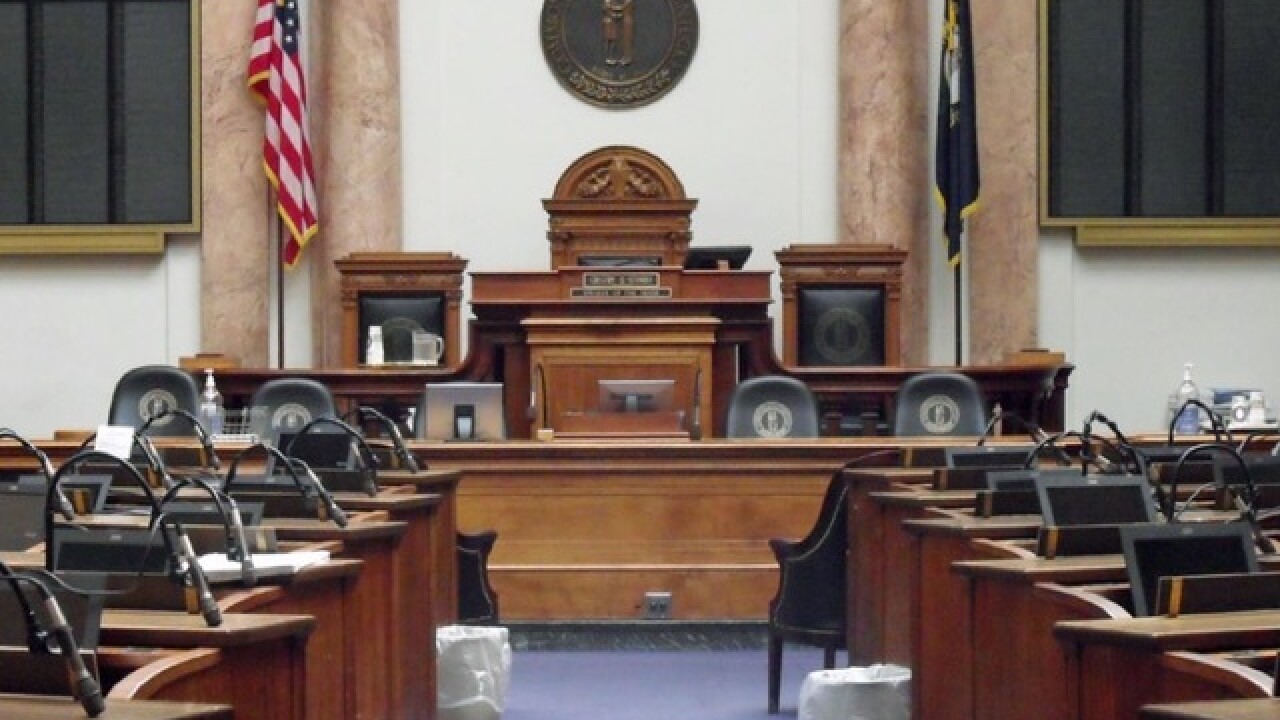 SOUTHGATE, Ky. -- Kentucky House members have less than a week left to hear a proposed Senate bill that would change the way the state’s education standards and assessments are implemented.

Senate Bill 1 created some buzz among local school board members when it was approved by Kentucky senators in February. It was received Feb. 22 in the Kentucky House of Representatives education committee, where it still awaits a first reading.

“Unless (Rep. Derrick Graham) hears it by Friday at the latest, that bill would have no chance of being passed,” said Sen. Mike Wilson, R-Bowling Green, who sponsored the bill.

The bill, which would amend numerous Kentucky Revised Statutes, aims to change the way state standards are reviewed and ensure assessments are aligned with them.

“This basically is to take control of our own standards once again, to make sure we’re aligning our assessments with our standards, because they’re not aligned,” Wilson said.

Part of aligning the two includes eliminating and reducing some assessment requirements and shifting responsibility to local districts for the development and implementation of teacher evaluations.

“We now have more burden on our teachers than we’ve ever had before,” Wilson said.

Some district officials in Northern Kentucky are particularly supportive of the emphasis on local control.

“I think local boards of education and local school teachers are better at making decisions about what needs to be taught in local settings,” said Southgate Independent Schools Superintendent Jim Palm.

Under the proposed bill, schools would be grouped together with those of similar demographics to compare assessment scores – something Wilson hopes would more accurately show schools’ strengths and weaknesses.

If approved, the bill would require schools to set achievement gap targets every three years. The targets aim to ensure the scores of higher-performing students don’t mask those of struggling subgroups, preventing them from getting additional help they need.

“I’m glad to see someone in the General Assembly saying, ‘Hey we need to look at these issues,’” Palm said.

The bill also proposes the creation of a standards and assessment committee that would assist the Kentucky Department of Education in reviewing standards every six years. The committee would be comprised of three members appointed by the governor, three senators and three House members.

While all public schools in the state would be affected by the proposed bill, Fort Thomas Independent Schools would see minimal impact, said Superintendent Gene Kirchner.

“We believe that we are teaching beyond the current standards and would probably still do that,” he said.

Despite that, he is supportive of some of the bill’s measures.

“There are certain elements in the current model that it would eliminate that I think could be positive,” he said.

While the bill has received positive feedback within local school districts, House Education Chair Derrick Graham, D-Franklin, in a Courier-Journal opinion article criticized it as “rushed.” In the article, he recommended allowing time for federal Every Student Succeeds Act regulations to take effect and for new Education Commissioner Stephen Pruitt to settle into his role.

Contrary to Graham’s assertions, Wilson said the bill goes back to a former SB 1 introduced in 2009 and that senators “painstakingly went through the (Every Student Succeeds Act)” to make sure the bill aligned with federal law.

Pruitt, who took on the role in September, expressed in an email statement a similar sentiment to Graham about the bill’s timing but stated that details of the bill are being examined further.

“Senate Bill 1 addresses many of the same issues the Kentucky Department is currently reviewing and revising – standards, assessments, accountability and student achievement,” Pruitt wrote in the statement. “The devil is in the details, however, and we are in the process of examining recent revisions to the original bill for clarification.”