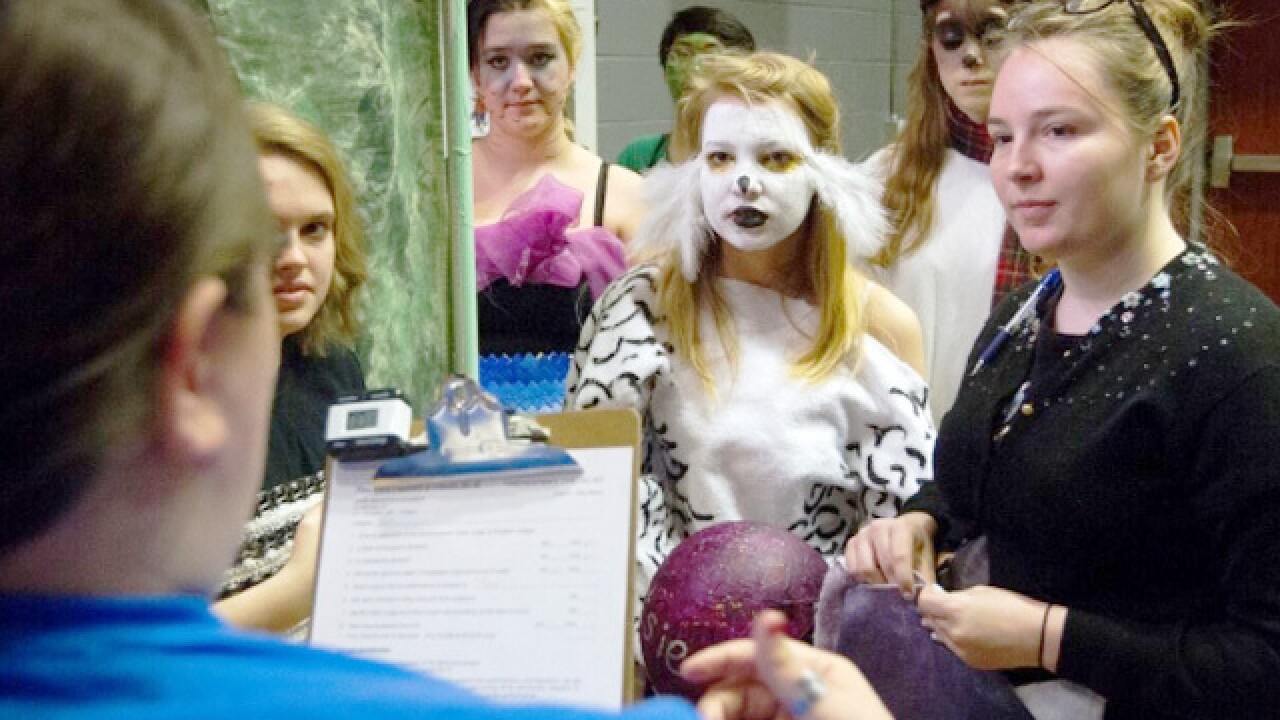 If you’re thinking that makes him dangerous, like lead character Tris in the best-selling “Divergent” series, you’re right. But don’t worry, the 10-year-old is a threat only to opposing teams he faces through the year at Odyssey of the Mind competitions.

Divergent, outside-the-box thinking is what it takes to succeed in the international educational program. Odyssey of the Mind fosters it, in fact, by offering new and challenging, open-ended problems with multiple solutions to competing teams around the globe each year.

“The problems change every year, and teams work on them for months,” said Dalynn Jensen, director of Kentucky Odyssey of the Mind. “They’re able to put their creative minds to work while also building teamwork and problem-solving skills.”

The behind-the-scenes problem-solving is only half the battle. Teams’ work must be presented to judges during unique performances (like one-of-a-kind, choreographed songs and dances) that earn “style” points as they progress through local, state and world competitions.

There’s one more hurdle to mention: an on-the-spot, spontaneous problem to solve for judges at each competition.

“They have to think on their feet,” said Jensen. “One of the best things about this program is that the kids do all the work. It’s challenging, and they really have to pull from within and give it all they have.”

Henry said he and his teammates at Prince of Peace Montessori in Covington did just that at Odyssey’s state tournament, held in April at Western Kentucky University in Bowling Green.

The team placed first in their division for their solution to this year’s structure problem, Stack Attack. That qualifies them for this year’s world finals, set to kick off May 25 at Iowa State University in Ames, Iowa. The problem required them to design, build and test a structure made only of balsa wood and glue that would balance and support as much weight as possible.

“It’s really fun,” Henry said of working out the problem and presenting to judges. “I like acting out our skit, and we make all of our props and costumes.”

In one, teams needed to build, ride on and drive a recycling vehicle that picks up discarded items, adapts them in some way and delivers them to places to be re-used. In another, students were required to create and present an original performance based on a fable.

See Odyssey of the Mind problems for this school year and next.

The program has been around for nearly 40 years, and more than 20 countries participate. It’s open to students from kindergarten into college, who are separated by age into four divisions. (Division IV is for college students only.) Millions of kids participate.

Veterans of the program are seeing it gain even more steam here because it ties in so well with the national push to offer more STEAM (science, technology, engineering, arts and math) opportunities for students. STEAM is replacing STEM (STEAM without the arts) in many American classrooms, where many are calling for a more “well-rounded” education for students.

“Odyssey of the Mind was offering wonderful STEAM opportunities for students before anyone was even using that term,” said Joan Coates, a retired Boone County Schools elementary school teacher who has been involved with the program for decades. “It teaches very important 21st-Century skills.”

Coates, who is also Henry’s grandmother, coached a team at New Haven Elementary for years. She later served as director of Kentucky Odyssey of the Mind until Jensen took over the position a couple of years ago. She continues to serve on the board, and she and her husband, Jim Coates, have been officials at the Odyssey of the Mind World Finals for more than 15 years.

She said she has watched her children and grandchildren, and countless other creative students, thrive in the program.

Kentucky’s northern region has more participating teams than any other region in the commonwealth, she said. That’s despite including the fewest counties — 21 across the state from Gallatin to Lawrence — of the state’s three regions.

Out of 30 teams from Kentucky that qualified for Odyssey of the Mind’s World Finals competition, 14 are from Boone, Campbell or Kenton counties. She encourages supporters to seek out fundraisers scheduled this spring at a variety of schools to help pay for the teams’ trips to Iowa.

Beechwood Independent School District is sending four teams from its elementary and high school. One of its teams comprises third-graders exclusively, and it marks the first year the group has been old enough to compete at the world level. Another, comprising nearly all seniors, will make its fifth and final trip to the world finals together.

That continued dedication to the competition demonstrates its staying power, according to Sally Andress, who coordinates the program at Beechwood.

“It’s bittersweet. Some of them have been together since the fifth grade,” she said. “Odyssey of the Mind brought them together.”