From the past, a future: 5 NKY towns use their historic building stock wisely to draw in residents 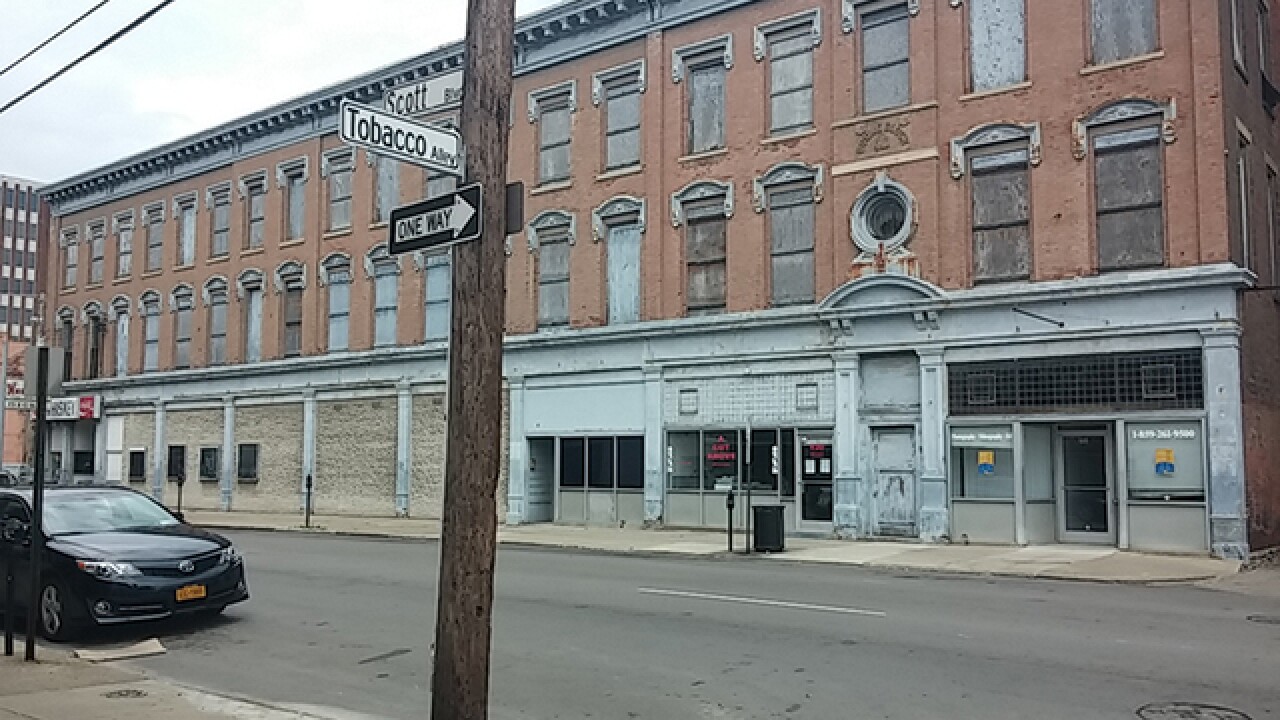 Copyright 2018 Scripps Media, Inc. All rights reserved. This material may not be published, broadcast, rewritten, or redistributed.
Orleans Development
The original outside of the building that became the Boone Block, a set of nine townhomes in an original historic building in Covington. 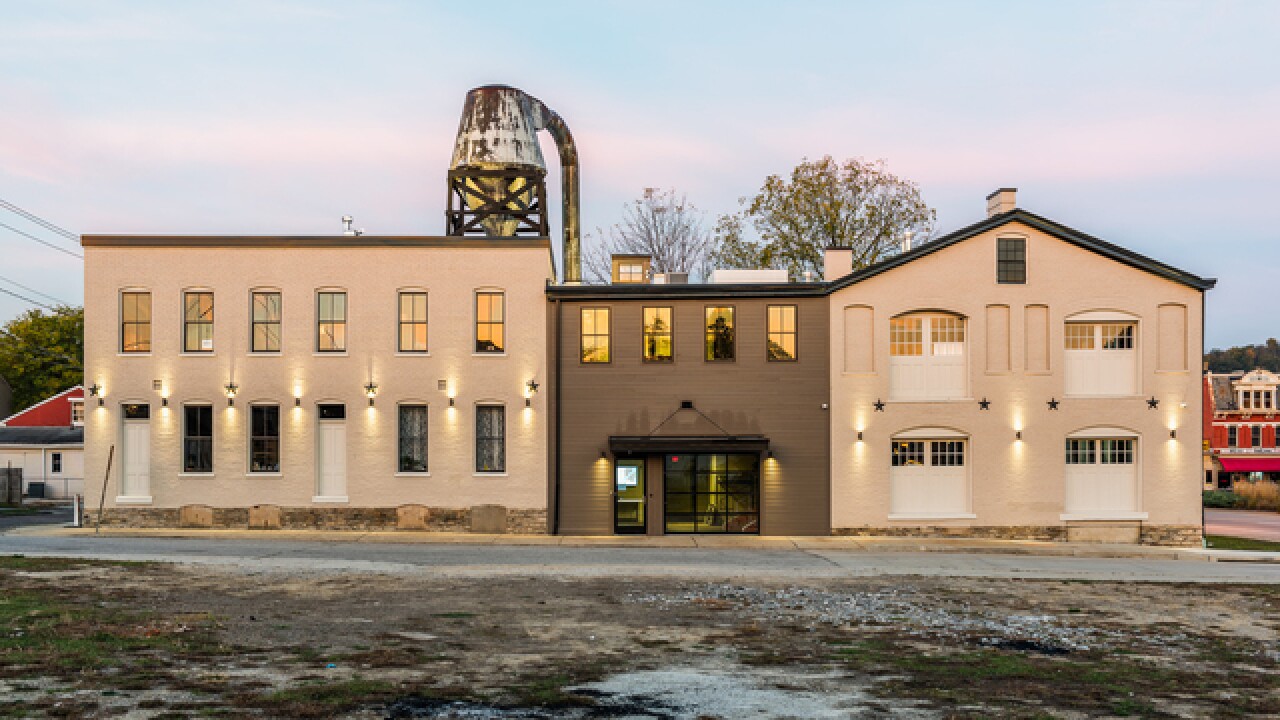 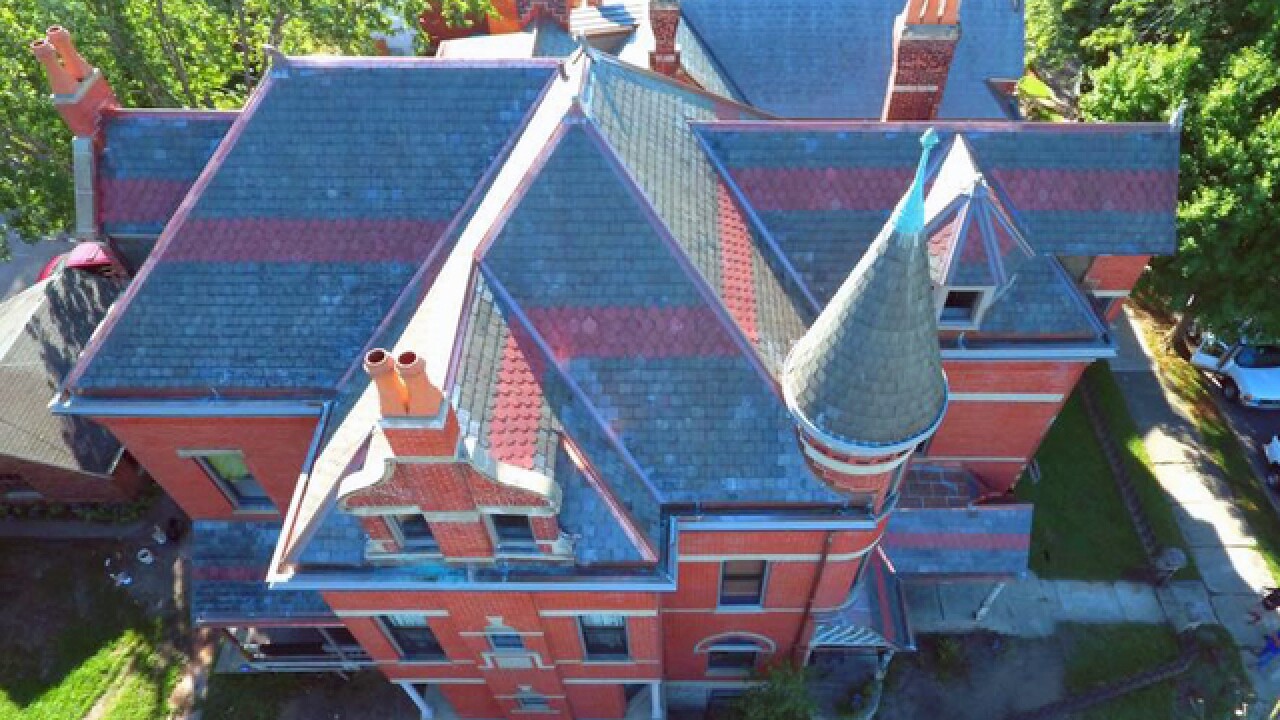 NEWPORT, Ky. -- When Jim Price tracked down the missing stained glass windows for his 1869 Victorian era home on Overton Street in Newport, they were in Portland, Oregon.

"Miraculously, they were all still together," said Price. The antique dealer was so excited that the rightful owner had come forward that he drove them to Newport. They had been sold by a previous owner of the house, and Price tracked them through four dealers.

Price won a Kentucky state preservation award for his work chasing down the Tiffany-quality windows and reinstalling them in the home where they belonged, making him one of a 20-some folks who have won preservation awards this year in the River Cities. The work of these winners and others who are restoring buildings and houses help inspire entire neighborhoods, say officials and preservationists.

Five cities -- Ludlow, Covington, Newport, Bellevue and Dayton -- are all riding the wave of a reverse urban flight that is drawing young professionals and empty-nesters alike who want walkability and small yards with nearby restaurants and things to do.

The true winners are the neighborhoods and the local commerce. Neighbors in East Row visit with each other as they walk the neighborhood, sometimes with a glass of wine in hand. Ludlow residents hang out at the Folk School Coffee Parlor for impromptu meetings or to listen to folk music. Covington's Mainstrasse historic area is filled with restaurants, bars and shops, making it one of the busiest spots in town.

"It's sort of an infectious spirit," said Emily Ahouse, Covington's preservation and planning specialist, said about the rehabilitation. She is seeing increasing numbers of building permits and redevelopment. "It's spreading good feelings about the neighborhoods, and people are starting to see the value of walkable historic neighborhoods."

Historic reuse of spaces is a trend in awards as well as general preservation in the River Cities.

The nine homes, which now are all sold, have garages and kitchens on the first floor, with the glass-door garages working as a flex space for homeowners. Living and bedrooms are on the second and third floors.

It's not Kreutzjans's last project. "Urban living is really picking up in Northern Kentucky," he said. "We have a city in Covington that's gaining a lot of momentum. One project catalyzes another. Once Duvenek Square (apartments and retail development) broke ground, it was what I needed to move forward and take that risk."

He's not stopping with the Boone Block. Kreutzjans said he has projects in the works and preplanning stages, and he expects to have another 30 units on the market this winter.

In 2014, Covington's Center for Great Neighborhoods bought the Hellman Lumber and Manufacturing Company building on West 12th and MLK Boulevard in an auction from the state. This year the building was honored with a local preservation award.

Adam Rockel, real estate development program manager, said once they bought it, they had to figure out what to do with all the space. A Kresge Foundation grant, along with other smaller ones and federal and state tax credits, helped pay to create the Hellman Creative Center, which houses the center and private offices for creative tenants.

The center is three buildings that were all part of the lumber yard and date from the 1870s to the 1890s.

"The challenge was that they used whatever wood they had on hand when they added to the building," said Rockel. "We had to build a structure inside to bring it up to modern code."

They saved part of the original signage outside the building and kept some walls and ceilings exposed showing the original pulleys and parts that used to be the lumber company.

And the neighborhood, on both sides of MLK, are taking notice. "You can see a lot more interest in this corridor," said Rockel. The new county building is under construction down the street using part of an old brewery, a coffee shop across the street. He's expecting more restaurants to open in the area once county employees are in their space.

Price, who's had an eye on this particular house since 1988, finally bought the home in 2016. It had fallen into disrepair, with a dilapidated roof and missing stained glass windows. The nearly 7,000-foot-foot, three-story house is in the Mansion Hill section of historic East Row.

He had previously owned a home in the 600 block of Overton but left to do designer and general contracting work in California. He said he leapt at the chance to buy the house and return to Newport.

Inside is still a work of progress, but original pieces have survived the years: pocket doors, plaster crown molding and a mix of oak, cherry and walnut wood doors and paneling. "It's 95 percent original on the inside," he said.

Joy Amann, a board member on the Ludlow Historic Society, said Ludlow doesn't have a local historic district anymore, but preservation is continuing in the small city on the west end of the River Cities.

Also a real estate agent, Amann said Ludlow is a quiet but fast-paced market that hasn't gotten the same attention as Covington or Newport, for example. Three homes and the Folk School Coffee Parlor won preservation awards this year.

If you want to buy one, however, it's tricky. Amann said most restored homes are sold without ever going on the market.

It's also a small city where everyone knows everyone else, she said. It's close to Downtown, with a small commercial district and grocery store. It's attracted a distillery, coffee shops and art galleries. The value of a home for the money is good and affordable, she said. She's finally seeing prices rise in 2017 as more people check out the River Cities.

It's not just the people who owns houses and buildings who win awards. Jody Robinson, historic preservation officer in Bellevue, won a state recognition for her work behind the scenes. Robinson spends time helping folks track the history of their homes and keeping up with history district codes.

This city's housing stock is more modest homes than in Mansion Hill, for example. "But we were blessed," she said. "We have front porches, sidewalks, tight lot lines and small front yards. They have good bones."

Like other River Cities, she notes it's uniqueness that makes it urban yet a small, active town. "We've squeezed roughly 6,000 people into a square mile. It allows for a true neighborhood where people get to know each other and do things together."

The city was hit with its share of foreclosures in the recession, but things are moving quickly now, said Robinson. "What we're seeing now is that it's hard to find a home in the historic district."

Prices have nearly doubled in a decade, and the commercial district continues to grow. The process is underway to designate another area of the city as a National Historic District as well.

Price recalls his original home on Overton as being on a street with homes that were boarded up or had broken windows and other signs of disrepair. That house cost him $31,000. Today, East Row homes are in the mid-$200,000s to $300,000s.

"It was really bad," he said of what is now the heart of the East Row. "It used to be a scary place, but because the homes in the East Row were really expensive homes when they were built, they were able to survive all the abuse."