NKY having a barrel of fun celebrating its role as gateway to bourbon country, plans promo campaign 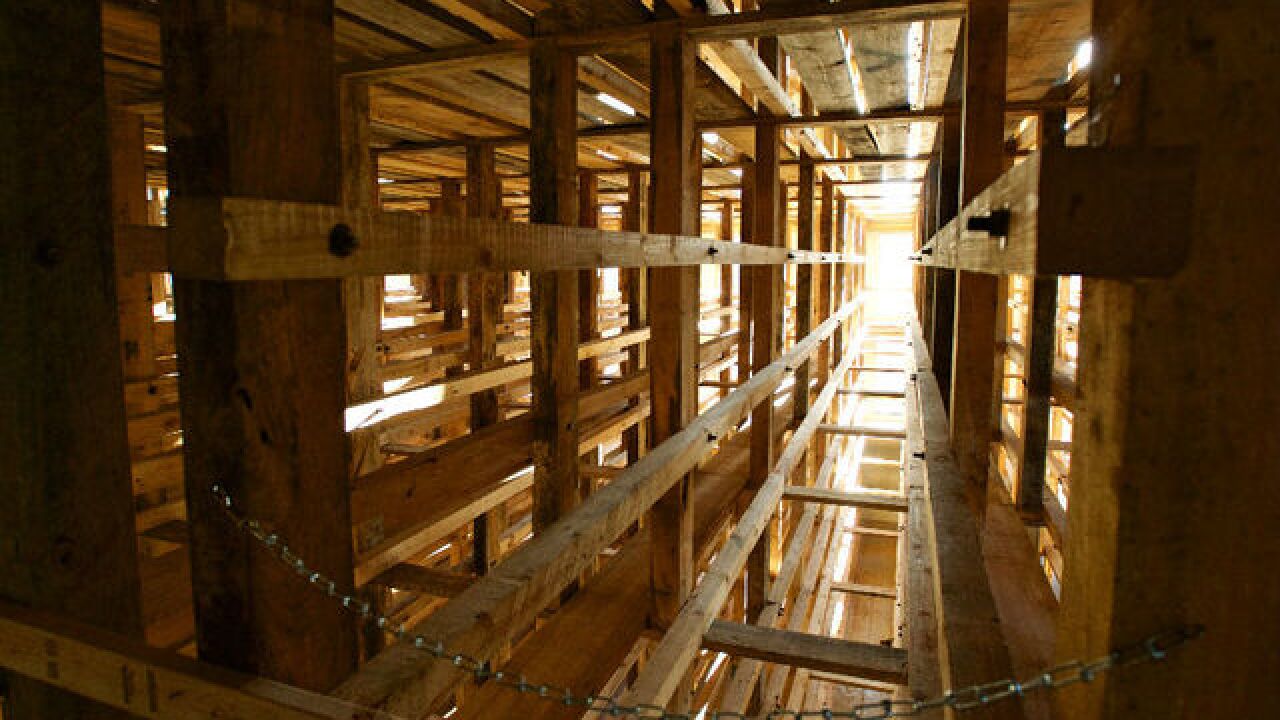 Copyright 2017 Scripps Media, Inc. All rights reserved. This material may not be published, broadcast, rewritten, or redistributed.
<p>The south end of New Riff Distillery’s rickhouse is still under construction. The north end, which looks similar, started taking on bourbon barrels on Friday. The distillery expects to be producing bourbon by the fall, which will help cement Northern Kentucky’s designation as the gateway to bourbon country. (Photo by Vickie Ashwill)</p>

NEWPORT, Ky. -- Bourbon barrels started rolling into New Riff Distillery's modern rickhouse on Friday, a well-earned nod to a growing industry in Northern Kentucky as well as to its rich history of distilling.

It's also a fitting celebration of the region's status as the northern gateway to the Bourbon Trail, where visitors from Ohio dominate the scene. New Riff will bottle its first bourbon from those barrels with distribution in the fall.

"We get a ton of people from Ohio," Adam Johnson, senior director for the Kentucky Bourbon Trail Experiences, said. More residents from Ohio completed the passport program on the trail than from any other state, including Kentucky.

Eric Summe, president and CEO of the Northern Kentucky Convention and Visitors Bureau , said Ohio visitors and others traveling through Ohio were key to the northern gateway designation. That distinction will soon be part of a 2018 campaign to draw visitors to Northern Kentucky

"A lot of people don't know about the history," Summe said.

Northern Kentucky played a big role in the development of bourbon. Old Pogue Distillery in Maysville, for example, sits in what once was Bourbon County, where the liquid gold was created. Barrels were shipped down the Ohio and Mississippi rivers straight to New Orleans in barrels marked "Bourbon County."

Other operations such as the Paddison Brothers Distillery, Licking Valley Distillery, Old Dexter and York Distilling Co. also dotted the landscape. York Distilling offered volume bourbon sales with a gun or rifle as a gift with purchase. Ludlow's Old Hancock even had its own slogan: "It's better than need be."

Today, there are only four distilleries in Northern Kentucky. Old Pogue was reopened by relatives. New Riff and Boone County distilleries are also on the Bourbon Trail. Second Sights Distillery in Ludlow is too small to be on the tour, but its owners see benefits of the gateway designation.

"We're on some bus tours," said co-owner Carus Waggoner, who believes Second Sights may be the smallest distillery in the state. "It's bringing a lot more people into Ludlow."

The New Riff rickhouse will eventually hold 18,000 barrels stacked 15 barrels high, according to vice president of operations Hannah Lowen. It's the next step on the path to launching their own locally distilled and bottle spirits -- New Riff bourbon and New Riff rye. Both are expected on the market in fall 2018.

Lowen said New Riff will be ready to open its bottling and sales hub on the Newport campus by summer. The new brews will be bottled in a restored building.

The Convention and Visitors Bureau hopes to launch its new bourbon promotion and campaign in January, said Summe. The campaign, which is called the Bourbon Line (once you cross the river into Kentucky, you're in bourbon country) or the B-Line, will tie distilleries to bars and restaurants that specialize in the spirits.

Participating venues include Newberry's Prohibition Bar and Aloft in Newport, Wise Guys and OK Bourbon Bar in Covington's Mainstrasse. Partners in the campaign have to be certified and trained by the Kentucky Distillers Association.