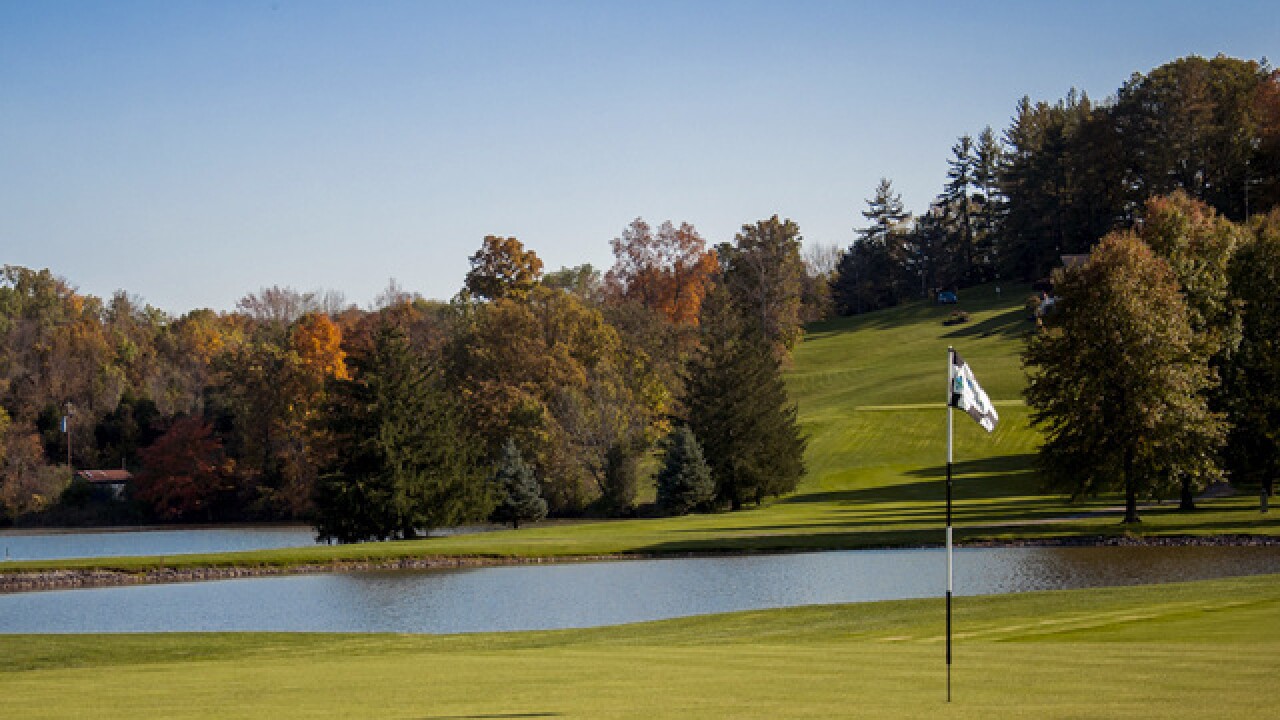 Copyright 2017 Scripps Media, Inc. All rights reserved. This material may not be published, broadcast, rewritten, or redistributed.
<p>A.J. Jolly Golf Course in Campbell County is among the county-owned courses in Northern Kentucky expecting to see more golfers this year. (Photo provided)</p>

They don’t really make money, and their heyday ended before 9/11, but Northern Kentucky county golf courses are finally coming back in style.

Maybe it’s because the recession is finally over or prices are cheaper than private clubs. Regardless, Boone, Kenton and Campbell counties are as serious as ever about expanding business and maintaining their courses.

Some say county government shouldn’t be the golf course business. County officials counter that it’s part of a lifestyle, an amenity that draws new businesses and residents. It’s another form of recreation like a park or swimming pool.

Jeff Earlywine, Boone County administrator, said the courses aren’t really intended to make a profit. “We’re local government. There’s very little that profitable in what we do. That’s a distinction from the private sector.”

It’s about more than profits, though, he said. “It’s a belief that golf courses are one of the many ingredients” – including good jobs and good schools in addition to parks and leisure activities – “that contribute to quality of life.”

Boone County Fiscal Court gets it, said Russ Gartner, director of golf operations. “Our current administration understands the value of parks and the value of golf courses. It’s meant to be an amenity,” he said.

Not to mention the economic impact. According to Forbes magazine in 2016, the amount of golf being played started rising nationally again in 2015, when the sport teed up with 24 million players and a $70 billion economic impact. The magazine also cited an increase in the number of people experiencing the game thanks to non-course venues like West Chester Township’s Topgolf.

The latest report on Kentucky by the World Golf Foundation was in 2009, but, even in the midst of the recession, there was a $710 million impact on the state and 11,000 jobs.

In addition, the price is right at a public course. Campbell County’s A.J. Jolly Golf Course in Alexandria has senior discounts during the week that start at $27, and Kenton is about add more specials for the summer months.

“There are also a lot of people who use (the courses),” said Kenton County Judge Executive Kris Knochelman. “You can let it go back to park land, but there aren’t necessarily a lot of buyers.”

He said his county likely got into the business originally because “they saw an opportunity to make money. Then, when the market took off, we got overbuilt on golf courses and were competing with the private sector.”

The number of rounds of golf played is climbing again, report golf managers.

Jolly, like other golf professionals, blames the growth of subdivision golf courses. “Around 2002, it seems like all the subdivisions being built also had a golf course.” It meant a glut of golf courses across the country, not just in Northern Kentucky.

Now, of course, some privately-owned subdivision courses are closing, driving more folks back to public courses, he said. “We’re not breaking even, but we hope to bring it back to that over the next few years.”

Problems aren’t all about attendance. Campbell County had a judge executive question rehiring a 13-year concessions-stand employee because of possible nepotism. That’s since been resolved.

Kenton County was saddled with internal theft. Their former golf course manager, Dan Moening, has been indicted on theft from the golf course budget and is still awaiting trial.

Knochelmann said more than $300,000 was missing. “The case is still ongoing. While people are busy stealing, all that time and money could be put into the golf course.”

The county decided to use outside management experts at its three-course complex and signed a three-year contract with Michigan-based Davey Golf. The company is a subsidiary of Davey Tree Expert Co.

It’s a plus for the county coffers. Instead of losing money, Davey pays them $50,000 a year and handling labor and maintenance. They also keep the proceeds, said Knochelmann. “If they really knock it out of the park revenue-wise, we will share.”

The county still pays for maintenance and updates – they most recently updated the clubhouse, which is shared by all three courses (Fox Run, the newest, the Pioneer and the Willows), for $120,000. It includes all new bathrooms, flooring and seating. Knochelmann expects the county to put in another $200,000 for overdue maintenance in the next two years.

Ben Cavey, regional operations manager for Davey Golf, which began its contract in July, said his company was following recommendations from a report prepared for the county by the National Golf Foundation’s NGF Consulting, which urged improving the courses agronomically. So far, things are good, he said although he said they’re not ready to report number of rounds played.

(Boone County commissioned a similar study by NGF Consulting of its courses.)

“I’m excited with the condition the courses are currently in,” Cavey said. He said it will take a few years for the course to show improvement but that it’s on its way. The company also is adding 120 new golf carts; about half are on the premises already.

Knochelmann’s happy with the management switch thus far. Davey brings in expertise about the turf that the fiscal court knows little about, he admitted. Now, say the golf experts, this season is up to Mother Nature. Even the expectation of rain can ruin a weekend crowd because people will plan to do other things, said Cavey.