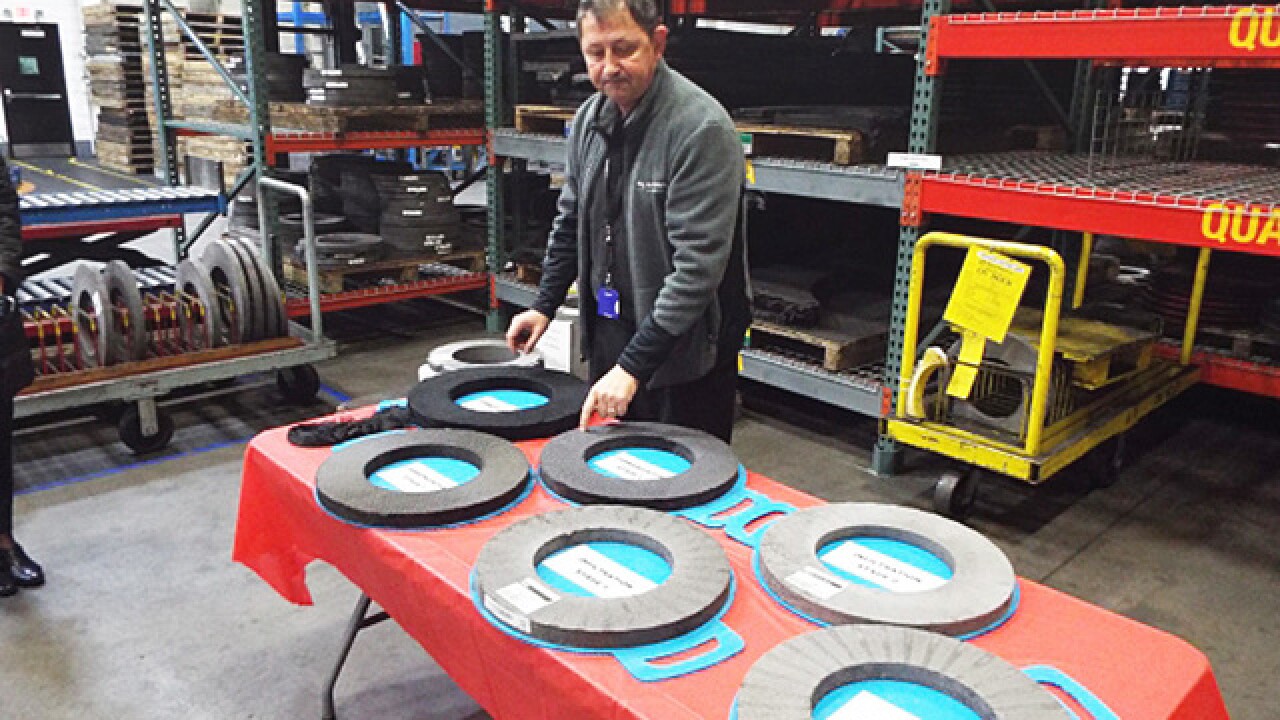 <p>Phillipe Garnier, CEO and general manager of the Messier-Bugatti-Dowty plant near Richwood, Ky., shows steps of the manufacturing process for the airplane brakes made there. A $100 million plant expansion is to be finished in 2018. (Kevin Eigelbach for WCPO)</p>

RICHWOOD, Ky. -- Aerospace products – not bourbon or horses – were Kentucky’s leading export by far in 2015, generating more than $8.7 billion, a 12 percent increase over the $7.8 billion generated the previous year.

And 14 of the state’s 52 aerospace facilities, nearly one-third, are in Boone, Kenton or Campbell counties, according to the Kentucky Cabinet for Economic Development.

Since 2002, the aerospace products and parts sector has added more than 5,000 jobs in Kentucky, a 63 percent increase. Last year, 12 facilities announced plans to relocate or expand in Kentucky, an investment of $161.5 million.

Last month, Messier-Bugatti-Dowty, which is owned by the French conglomerate Safran, announced plans to invest more than $100 million to expand its airplane brake plant near Richwood, which will create about 80 jobs. It will be the seventh expansion since the plant opened in 1999.

Demand for its products is increasing because the company has increased its share of installations on new planes and established a new market retrofitting carbon brakes onto planes with steel brakes, said Phillipe Garnier, chief executive and general manager of the Richwood plant. The current expansion is expected to be completed in 2018, and another expansion is already in the works for 2020 or 2021, he added.

For more information about the major players in and the evolution of Northern Kentucky’s aerospace industry, see the accompanying interactive graphic.