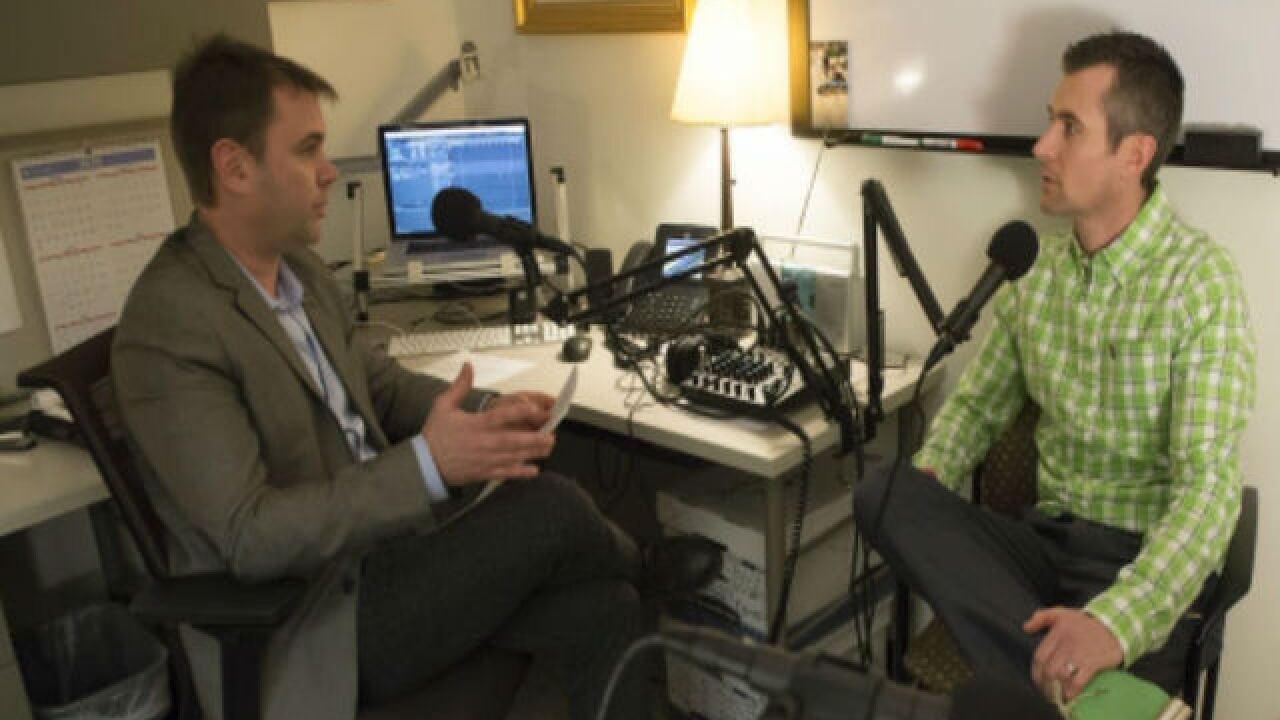 HIGHLAND HEIGHTS, Ky. -- If there’s an issue in the news you’d like to know more about, Northern Kentucky University would like you to use it as a resource.

The university launched a podcast last month called “Ask NKU” that covers topics that are timely and top of mind, said NKU communications specialist Brent Donaldson, who serves as the podcast’s host.

The podcast features a different NKU faculty member each month to discuss issues that are personally relevant to people in the region — and across the country — and highlight those faculty members as experts on the topics.

“We have so many faculty members who are not only incredibly smart but also are great storytellers and able to relate their expertise to whatever is going on in the world at the moment,” Donaldson said. “We’re approaching it as a service to the community, and one that could be accessed from anywhere.”

The idea originated with NKU political science professor Michael Baranowski, who mentioned starting a podcast to NKU President Geoffrey Mearns during a meeting. Baranowski started his own podcast, “The Politics Guys,” which provides listeners with a balanced, nonpartisan view of the news, a little more than a year ago, and has seen it grow from a small audience to thousands of downloads each week from listeners from all over the world.

Baranowski said he thought introducing a podcast at NKU could position the university to help extend its reach across the world as well.

“I think NKU is in a unique position,” he said. “I was surprised when I looked, but there aren’t many universities doing their own podcasts. We’re ahead of the curve on this.”

Kelly Martin, assistant vice president for marketing and communications at NKU, said the university had been looking for opportunities to promote its faculty members’ expertise and identified the platform of a podcast as a way to delve deeper into issues that are important to people.

“We want to make sure that what we’re delivering is relevant to what’s going on in society so that someone who might not usually listen to a podcast produced by NKU would because it’s relevant to his or her life,” she said.

Upcoming topics for future episodes of “Ask NKU” will include leadership and stress in the workplace, criminal justice, cybersecurity and bullying, Donaldson said.

“We want to share our faculty members’ knowledge in a fun, engaging and educational way,” he said. “If the show isn’t entertaining and engaging, it’s dead in the water. It’s a chance for listeners to become mini experts on whatever topic is being discussed and, hopefully, have a little bit of fun in the process.”

To submit a topic you’d like to see covered by “Ask NKU,” email your questions and suggestions to asknkupodcast@nku.edu.