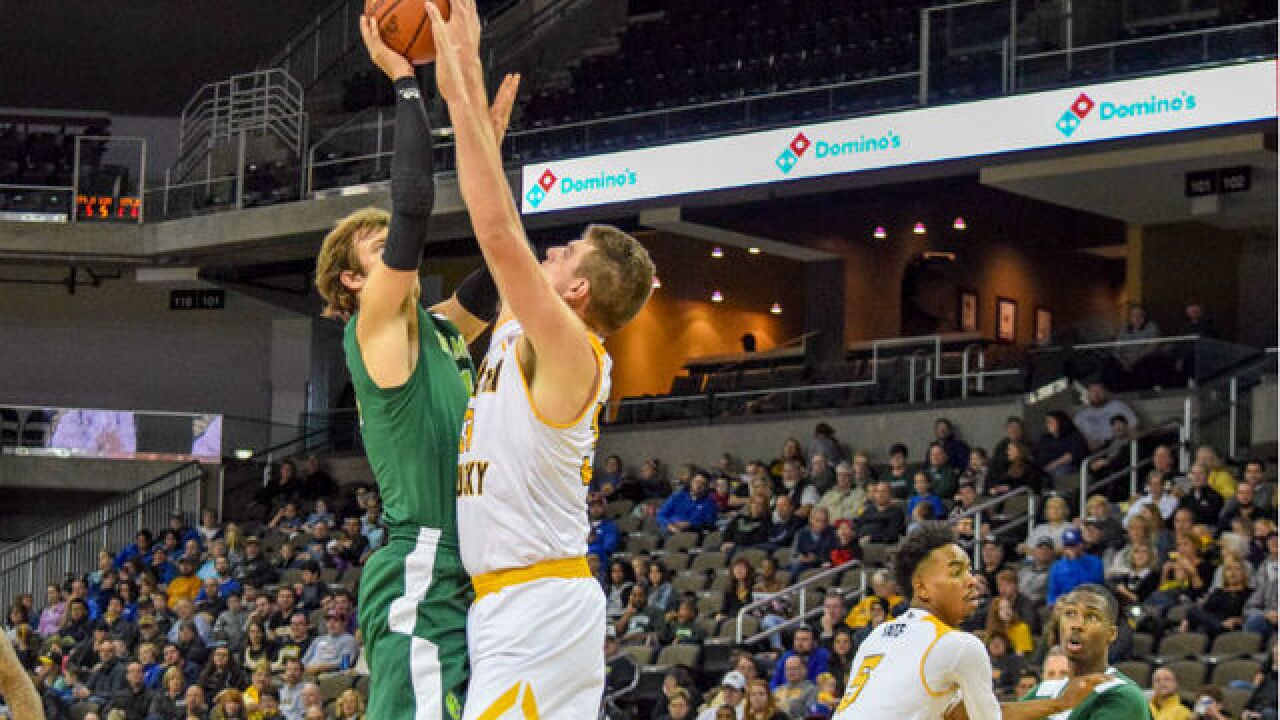 HIGHLAND HEIGHTS -- While the other men’s college basketball team calling BB&T Arena home this year might get the big headlines, the regular tenants are off to a great start as well.

With a trip to the Bahamas up next for the Norse, here are nine things to know about NKU with the season underway.

The preseason Horizon League player of the year looked every bit the part this weekend.

Drew McDonald scored 22 points Friday night in the 81-63 win over ETSU, and had 18 points in the 93-65 win Sunday over Wilmington.

Against the Quakers, the junior from Cold Spring showed how quickly he can bury a team.

With only three points at halftime, McDonald came out of the locker room and exploded for 15 points in the first 5:03 of the second half.

“I wanted to come out with great energy and get the team going,” McDonald said. “The points just kind of came.”

One of the big questions coming into the season was who would replace the three-point production of Cole Murray.

So far, it appears to be a group of players.

Sunday, NKU knocked down 11 of 31 from beyond the arc. Seven different players had at least one three-point field goal. McDonald led the way, knocking down 3 of 7.

Northern Kentucky shot better behind the arc Sunday than it did Friday, when NKU made just 9 of 33 (27 percent).

After being outrebounded against ETSU -- both overall and on the offensive glass -- head coach John Brannen sent a message to some of his post players.

Brannen talked to Jordan Garnett, Carson Williams, McDonald, Jeff Garrett and Dantez Walton about the intensity needed on the glass.

“I said, ‘Guys, we should be an elite offensive rebounding team,’” Brannen said. “We’ve got a chance to be as good a rebounding team as we want to be.”

The message was received. NKU outrebounded Wilmington 50-26 overall. McDonald (11) and Jeff Garrett (15) combined for as many rebounds as the Fightin’ Quakers.

In addition, NKU pulled down 17 offensive rebounds. The Norse missed 33 shots on Saturday, meaning NKU rebounded its own miss more than half the time.

Despite building a 20-point halftime lead, Brannen was not pleased with how hard his team played in the first half.

“I thought Wilmington played harder than us in the first half,” Brannen said. “That’s a credit to their coaching staff and team. They came in here physically and took it to us.”

Brannen felt he spent most of the game coaching effort rather than execution.

Brannen was able to get his bench players on the floor Sunday against Wilmington.

Against ETSU, only eight NKU players were on the floor for 14 minutes or more. Against Wilmington, 11 players played at least 14 minutes.

After scoring just 19 points off the bench on Friday, NKU had 46 bench points against the Fightin’ Quakers.

The Norse are looking to see who will be able to help them when Horizon League play rolls around.

“It gives them a chance to get their feet wet, and gives me a chance to evaluate them on film,” Brannen said.

Looking for the right combinations

In addition to just finding players to help off the bench, Brannen is searching for the right combination of players.

“One of the things I don’t think the fans would realize is that, from a coaching standpoint, you’re looking at rotations,” Brannen said. “You’re looking at different people on the floor together and who plays well together.”

Brannen said that when he brings a different player off the bench, his skill set might affect the way other players play their positions.

The Norse were ranked 11th in the collegeinsider.com mid-major top 25. It is both the first time NKU has been ranked in this preseason poll and the highest the Norse have ever been ranked.

In addition, collegeinsider.com put McDonald on its preseason watch list for the Lou Henson Award, given at the end of the season to the mid-major player of the year.

No vacation for Norse

Northern Kentucky will pack up and head to the Bahamas. While the sun and waves might be in the back of the minds of the Norse, a strong mid-major tournament awaits.

“I think it’s the top mid-major tournament in the country,” Brannen said. “I think this will be a big test for us.”

NKU will open up with James Madison 5 p.m. Friday, then will play either Iona or Weber State in the second round Saturday.

In addition to the tournament in the Bahamas, NKU has a couple of tough non-conference tests awaiting before Horizon League play begins in late December.

The toughest of those tests will likely be a Dec. 19 showdown at Texas A&M. The Aggies were selected third in the Southeastern Conference preseason media poll. Sophomore forward Robert Williams was tabbed as one of three players of the year.

Upon returning to the mainland, NKU will travel to Memphis to take on the Tigers. Memphis was picked to finish ninth in the American Athletic Conference preseason poll.