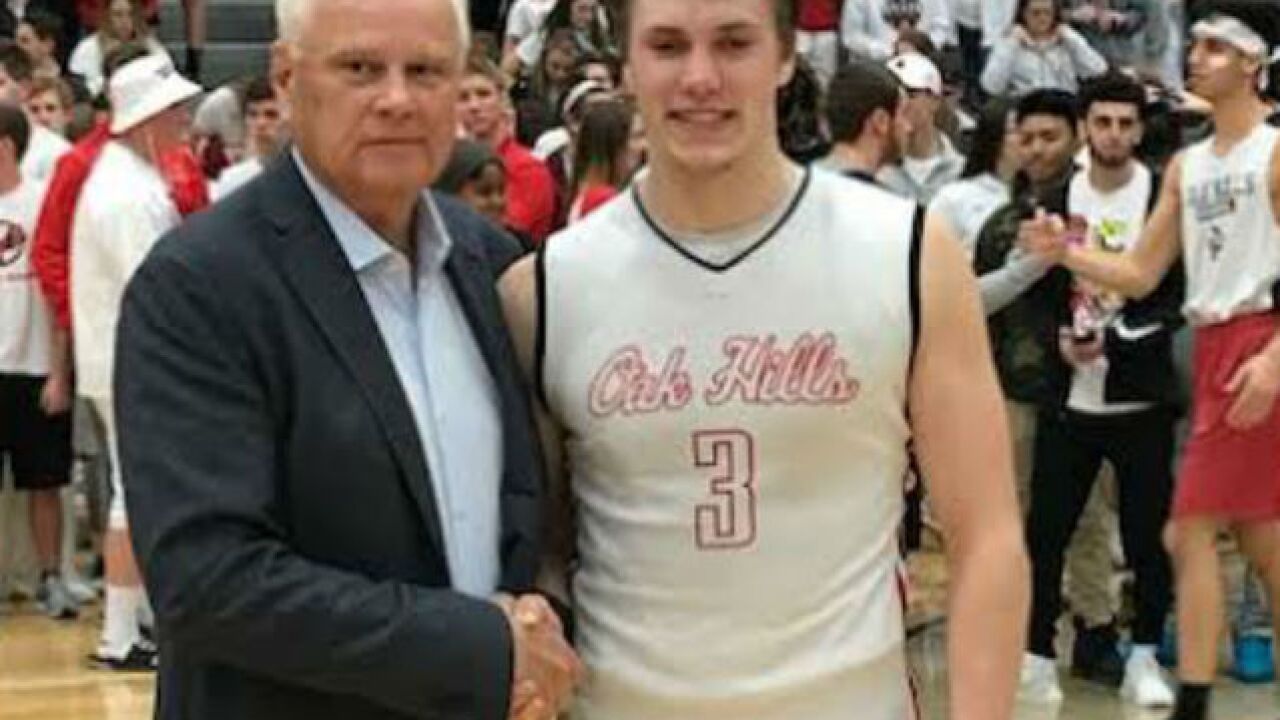 The anticipation is thick anytime Oak Hills and Elder meet on the basketball floor. Tuesday night’s Bluegrass-Buckeye Charity Classic contest was no different in front of a standing-room crowd (an estimated 3,000 fans).

“It’s an atmosphere most people don’t get to experience,” said Deifel, an Oak Hills senior guard. “A West Side rivalry of Oak Hills-Elder is something that is once in a lifetime.”

Deifel, a 6 feet 3 guard, exhibited a smooth shooting stroke to go along with toughness on both ends of the floor with rebounding, defending and ball-handling. He helped to lead a strong defensive effort that held Elder to one point in the first quarter. The Panthers did not have a field goal until 3:31 left in the second quarter.

“We came out with great energy,” Oak Hills coach Mike Price said. “I thought we guarded really well in the beginning.”

Oak Hills led 27-17 and although closed the gap to four points (38-34) with 4:51 left in the fourth, the Highlanders played well down the stretch on both ends of the court.

Oak Hills was also led by junior forward Jacob Berkemeier with 12 points and five rebounds. Price gave credit to every player on the team, including the effort of his bench, which makes the starters better each day in practice.

Elder senior guard Zach Harp had a team-high 17 points for the Panthers (6-7).

Deifel made three free throws and had a key assist in the final minute. He earned team MVP honors for his performance in the game. Deifel averages 15.7 points and 6.2 rebounds through 13 games.

“He’s like another coach in practice on the court,” Price said. “Just having Nick out there -- especially in a game like that -- I think it helps calm the other players down a little bit too knowing he gives everything he has. It elevates our team. He is energy all the time.”

Deifel, 17, is focused and serious about the mission for a team that was district runner-up a season ago and graduated some key players. The four-year varsity player says this squad has the potential to return to the district final.

“He always has that ability to change the momentum and give that spark of energy to the kids,” said Oak Hills Assistant Athletic Director Kyle Prosser, who is also the head football coach. “The guys really look up to him. He’s a great fighter and a great leader. It’s been exciting to see him lead the way with everyone we graduated last year.”

Deifel is also a standout third baseman/pitcher on the baseball diamond. He has a basketball scholarship offer from Christian Brothers University. He also has baseball opportunities at Miami University and Marshall.

Deifel, who lives in Delhi Township, says he will probably make a decision about his college plans within the next month.

“He’s been in the gym every day for four years,” Prosser said. “He puts in extra time being a multi-sport athlete with basketball and baseball.”

There is a great deal of pride playing for the Highlanders in the winter and spring.

“It’s awesome to get in that locker room and see that jersey you are putting on because I know Oak Hills basketball and baseball have a good reputation,” Deifel said. “I love going out there and fighting for them.”