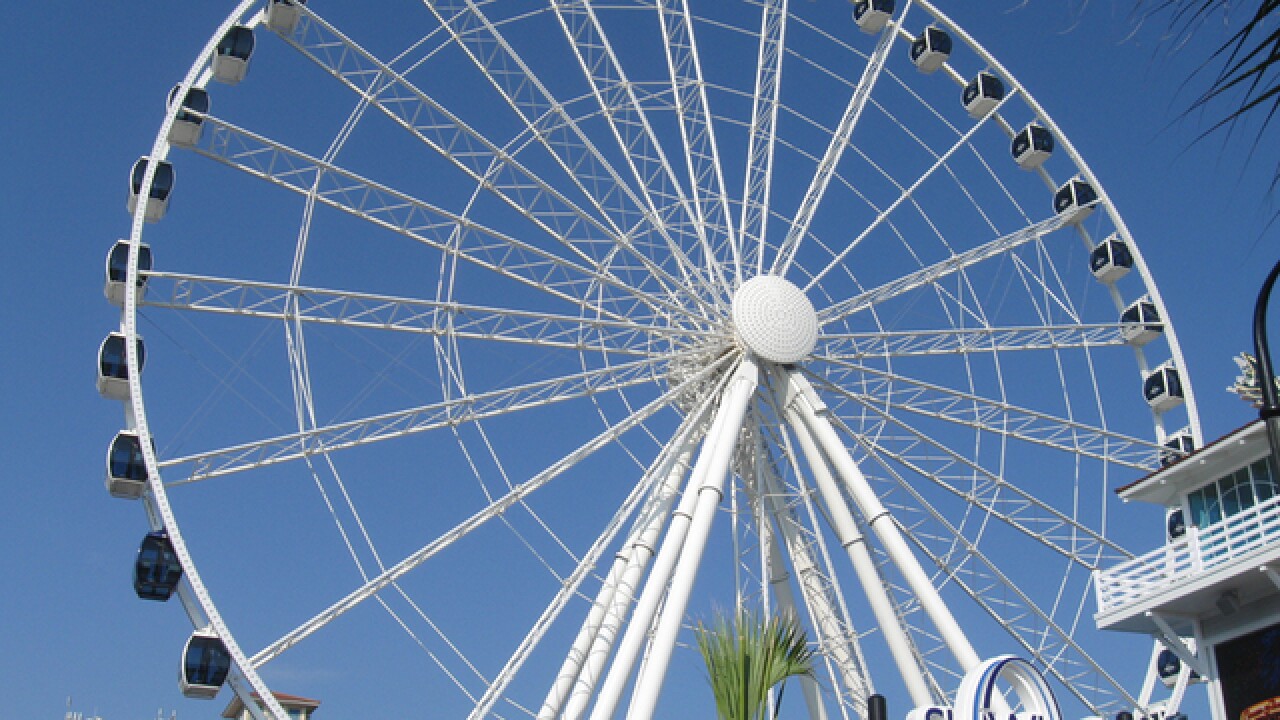 It might be possible to get a bird’s eye view of Cincinnati and Northern Kentucky as early next year if the proposed SkyWheel at Newport on the Levee gets the final approval.

The 235-foot structure — about 21 stories — should offer a peek into Great American Ball Park and offer 360-degree views.

Final approval and paperwork is awaiting the OK from the Corps of Engineers, but “it’s going to happen,” said Newport City Manager Tom Fromme.

City officials and others see the SkyWheel with its 30 enclosed gondolas and year-round operation as a boost to tourism and a spur to revitalization along the river.

But it’s getting mixed reviews from Newport residents.

Some won’t talk on the record and say they’re worried about the view. Others are skeptical, but open to the idea if it’s done well.

If the U.S. Army Corps of Engineers approves the construction, the city will create an agreement to lease the flood wall property to Newport on the Levee. The end result should be a small ridership fee going back to the city annually. Newport City Manager Tom Fromme said that’s likely in the $50,000 range.

The SkyWheel won’t go to Planning and Zoning or the city commission because existing building codes allow for the height and entertainment aspect of the structure in the River Front Development zone.

Ride prices have yet to be determined. The SkyWheel in Myrtle Beach charges $9 for kids 3-11 and $14 for all others.

John Morrow of Newport wants to see some more data on the advantages to the community.

The skepticism has some roots in several larger failed projects in Newport.

The late 1990s offered up the 1,100-foot Millennium Freedom Tower, but financing failed, leaving the city with only the 66,000-pound peace bell.

The Purple People Bridge Climb, where the public was outfitted in safety gear and allowed to walk across the bridge’s trusses, opened in 2006 and closed in 2007 for financial reasons. Fromme said the $60 price tag likely played a role.

The most recent idea, a hotel in the middle of the Purple People Bridge, officially died this spring. All were private deals, but some residents today question all the big ideas.

Tina Neyer of Newport said the city “doesn’t do long-term planning. … I struggle with things like this because Newport needs to settle into the fact that it’s an extremely attractive historic town, and we can keep it that way.”

Neyer, who lives in an area off Third Street called “The Island,” said her neighborhood will be the most impacted, adding that she and her neighbors are already dealing with odors from New Riff Distilling.

The SkyWheel needs to be done well, said Mark Ramler, resident and president of the Newport Business Association.

“If it can bring in enough tax dollars, boost local business growth along the riverfront and in the city, then all that is good,” Ramler said. “But it has to be sustainable and not phase out too quickly.”

He said the ride isn’t going to attract Newport residents but will be a tourist draw.

It will be one of those things that you take visitors to see, like the Carol Ann’s Carousel in Smale Riverfront Park, said Emily Carabello, Newport resident and vice president of Carabello Coffee.

“I think it’s a positive move if it’s done well,” Carabello said. “It should be a major tourist attraction. If it’s done poorly, then it could be just embarrassing.”

For those concerned about the view, Carabello said it will just become a part of the view.

It won’t be the tallest structure in Newport, but it will be close. The 21-story SouthShore Condominiums, just east of the Levee, come in at 238 feet. In Covington, it compares to The Ascent at 293 feet. And it will fall 45 below the 280-foot toothbrush lights on the Reds Stadium.

Moreland of SouthBank Partners said he’d be concerned about the view if it was the only place to see the Cincinnati skyline.

But there are many other spots, including a new park that will be built in RiverBoat Row.

It’s just one more piece to piece to the puzzle, Moreland said.

“People may come to see the Arc or go to a Reds game," Moreland said. "There has to be other venues and things to do for the two or three days they may be here."

Oh, and not everyone’s skeptical.

“I’m for the SkyWheel,” said Evone Bradley of Newport. “We have a beautiful skyline from the Kentucky side and the people riding the wheel will see all the places to visit from a different perspective.”