Newport commission guaranteed to have some new blood after this election 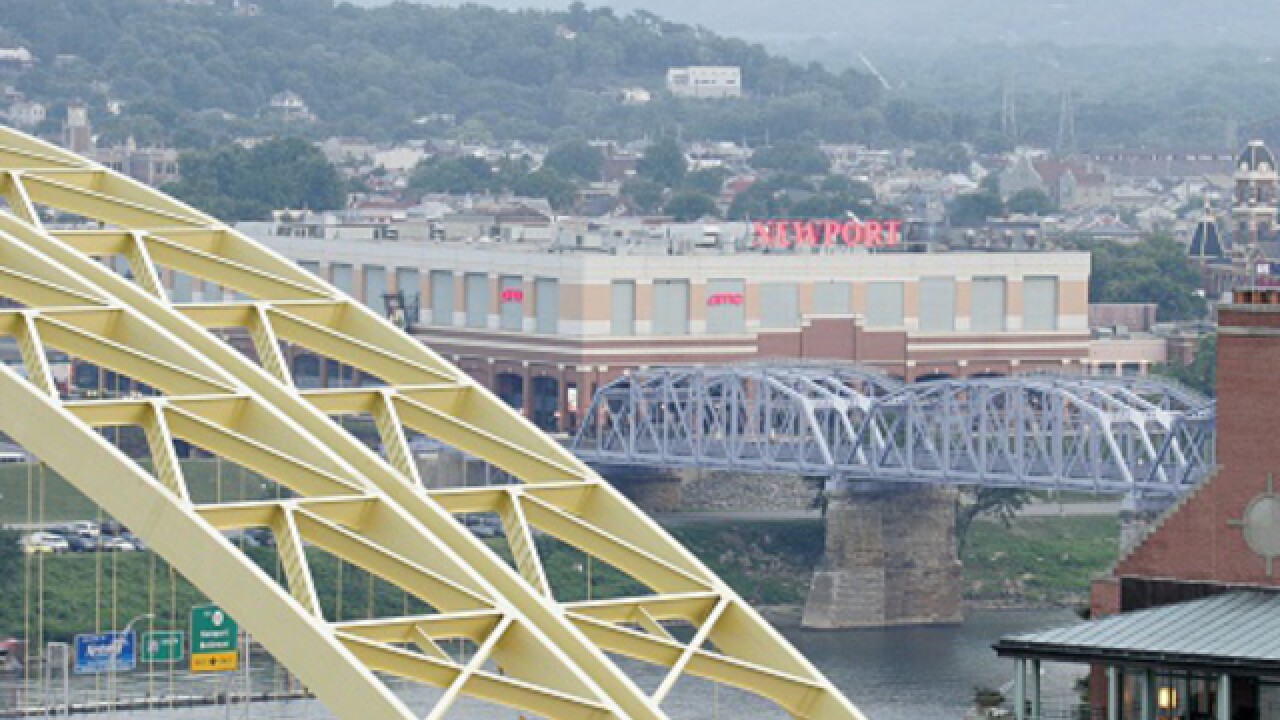 Most city commission candidates are handing out flyers, talking to neighbors, speaking to groups throughout the city. And most of the issues are similar among them -- they want to see the city continue to reinvent itself, grow the tax base and improve the quality of living.

There is, however, one rub: Some candidates, as well as some residents, think it's time for a change from the same names they've seen for years on the commission.

"I'm not seeing any visionary thinking," said Rachel Comte, first-time candidate for commissioner. "It's extremely valuable to have people on the city commission who've been here their whole lives. It's also important to have new people. We need a better mix."

Among the city decisions she disagrees with are using the parking space next to the Peace Bell site for a building instead of green space. The lack of planning for walking and biking at the Newport Pavilion is also a miss, she said.

Comte knows the Peace Bell site is privately owned, but was hoping for more city direction.

The commission needs to represent its community, she added: "I think there are more new people here than (the commission) imagines."

Mayoral candidate Christopher Maloney said residents are telling him that commissioners no longer respond to them. He wants a reinvigorated commission.

"They're career politicians," he said, adding that some people complain of favoritism shown to commissioners' friends and family. "That shouldn't happen," he said.

In larger cities, such as Cincinnati, there's new blood in politics reasonably often. In smaller cities, people tend to stay on councils and commissions for a long time.

Take Charles Long, 97, who's been mayor of Booneville, Kentucky (population 81) since 1959, according to the Kentucky League of Cities.

Diane Whalen, mayor of Florence, is going on 20 years in city politics, with 18 of those as mayor. Same story for Fort Thomas' Mayor Eric Haas. He's been mayor only since 2014, but on council there since 1997.

Those mayors don't have term limits, unlike Newport and Covington, which are two of 12 Kentucky cities whose mayors can hold only three consecutive terms in office, said Chris Johnson, member legal attorney for the Kentucky League of Cities. There are no term limits for council and commission members, however, which means one person can stay in office for a very long time. In Newport, Mayor Jerry Peluso is vying for his third term as mayor and has been on the commission for 29 years.

Beth Fennell, a commissioner, has been on the board since 1993.

"I love the city," said Jerry Peluso. "I care deeply for our residents and business community. We've improved our tax base … I'm proud of that."

At the time he was elected, Jerry Peluso said, Newport had "an undesirable image. … I was a part of a board that passed a lot of legislation that dealt with adult entertainment." Only two adult venues are left in the city, he noted.

Fennell said her work, and that of other long-time commissioners, has helped projects like the Pavilion come to fruition. Her latest work with OKI Regional Council of Government, which directs federal money to road and sidewalk projects, has resulted in funds to widen sidewalks from 11th Street south to Southgate. She knows that at least one new person will be elected to the commission to fill the empty seat.

"Jerry (Peluso) is very devoted," she said. "And Frank (Peluso) and Tom (Guiduili) as well. A new member will bring new ideas, which are always welcome.

"The positive side (of long-time commissioners)," Fennell added, "is that we have good relations with the state, county and Cincinnati. All of that is very helpful."

Guidugli is one of the newer commissioners, on board only since 2011. Frank Peluso, a cousin of Jerry, is near his 10-year mark on the commission.

Their last names have been around a long time. Frank Peluso's father, Johnny "TV" Peluso, was mayor for 18 years during Newport's Sin City days in the 1970s and 80s. Jerry Peluso's brother was on the commission at one point.

And some city employees, such as City Manager Tom Fromme, who is in an appointed position, also have been around a long time. Fromme has been in city government for 30 years, according to the city's website.

Does longevity change anything?

For Jerry Peluso, it does.

"If you have a council that every two years is changing seats, it slows down to a snail's pace and nothing gets done," he said. "We've had very little change (on the commission), but we're decision makers, we're leaders."

He credits Newport on the Levee, the Aquarium, Newport Pavilion and other development to the longevity of the commission and its vision.

"It probably takes four years just to know what's going on," he said.

For Comte and others, it's about shifting the vision and using new people to look at the city through different lenses.

"We have an open seat. What a great opportunity for someone."

Mayor Jerry Peluso (i), 57, worked at Remke Markets, Peluso's Market. Wants to continue improvements. "Running a city is a work in progress." Sees Route 9, Ovation and west side as examples of what's coming.