So, how do you feed a baby shark ray? 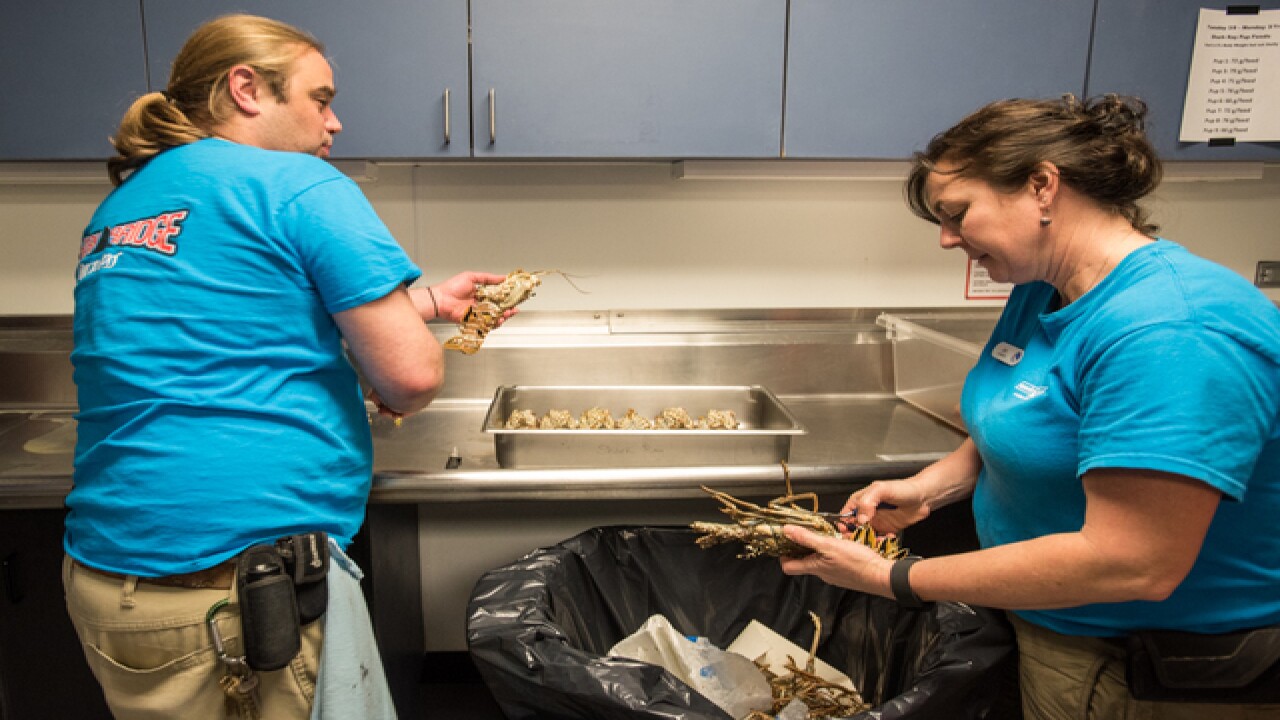 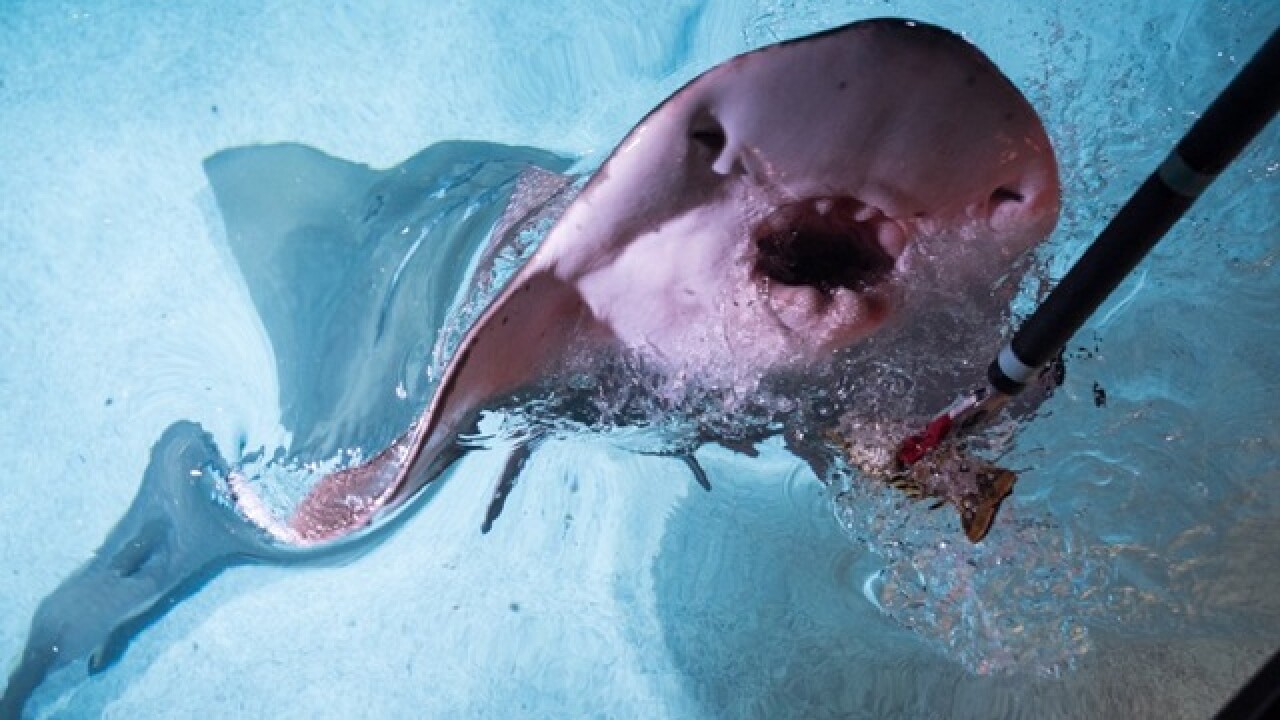 Born to the aquarium’s beloved Sweet Pea on Jan. 5, the litter is reaching milestones, thanks largely to its care team. Like most infants, the shark ray pups require around-the-clock supervision and care. And like most caretakers, the biologists who cater to their every need are dedicated to keeping the pups healthy.

In the case of these particular pups, however, the whole world is watching.

So what’s it really like to care for the only litter of shark ray pups in the world under professional care?

“It’s a lot of work,” aquatic biologist Scott Brehob said of tending to Sweet Pea’s five female and three male pups. “With eight pups, it’s a bit of a chore.”

Brehob admits it’s a labor of love. He was one of a handful of aquarium staff who rushed to the offsite animal health facility more than two months ago when Sweet Pea gave birth to the second documented litter of shark ray pups born in captivity. Sweet Pea also delivered the first documented litter back in 2014, but the pups didn’t survive.

All eyes are on the new pups as they grow, and their care team, as the Newport Aquarium writes the book on not just shark ray breeding, but also on the birth and development of shark ray pups.

“No one has ever done this,” said Ric Urban, the aquarium’s chief conservation officer. “The work we’re doing here with shark ray pups is so important, because so little is known about them in the world.”

Like most shark species, shark ray mothers do not care for their young. In fact, Sweet Pea has already returned to the aquarium’s Surrounded by Sharks exhibit, leaving all of her pups’ care to a team of biologists.

From the start, they had eight little hungry mouths to feed. At birth, the pups weighed around 2 pounds each.

For the first 19 days, they received nourishment via tube feeding. Shellfish, a shark ray staple, was also offered after about four days. Lucky for their caretakers, the young pups are similar to human infants in at least one regard and had no trouble gobbling up the shellfish.

“Like our infants, if they see something new, interesting and moving, they put it in their mouth,” Urban said. Today, they’re all eating on their own and continuously gaining weight, he said.

Hitting that milestone and keeping the shark ray pups fed has been a big part of their daily care. Each one is fed twice a day, every day. Breakfast is served around 9 a.m. and everything they receive has been hand-selected and weighed. Later in the day, before their second meal, the uneaten food from breakfast is removed and weighed as well. The amount of food each pup has eaten, and turned down, is carefully logged each day.

“It has been really cool watching their daily growth and seeing how they develop,” said Brehob.

Knowing the progress of each individual shark ray pup is important, so each is housed in a different system. They all share the same water supply, however. The water flowing through their enclosures is the same water they were born into when Sweet Pea gave birth in a similar, albeit much larger, enclosure at the facility.

When it comes to the pups’ water, everything has to be perfect, Brehob said. Caretakers take a daily sample of the water in each enclosure, and the samples are all sent for testing in the aquarium’s in-house water-quality lab.

The pups are also weighed and measured, and biologists observe and log their coloring and any individual markings on the pups. The information is important to give to fellow biologists and researchers, and even for fishermen in countries where shark rays naturally live, Urban said.

In the wild, shark rays can be found in areas near Australia, Indonesia and Taiwan. Little to nothing is known of where they give birth, what happens to shark ray pups once they’re born, or their growth rate — and that’s the most challenging part for the pups’ care team.

“As much as you plan, it just starts morphing and changing,” said Brehob.

Newport Aquarium started its Shark Ray Breeding Program to help answer those questions, but mostly because the world’s shark ray population is depleting. Their numbers are dwindling due to habitat destruction, pollution, overfishing and the use of their fins for products like shark fin soup.

“This is a beautiful and unique species. We need to save our shark rays, because their extinction could throw off the whole balance of their natural environment,” said Urban. “Our ultimate goal is conservation.”