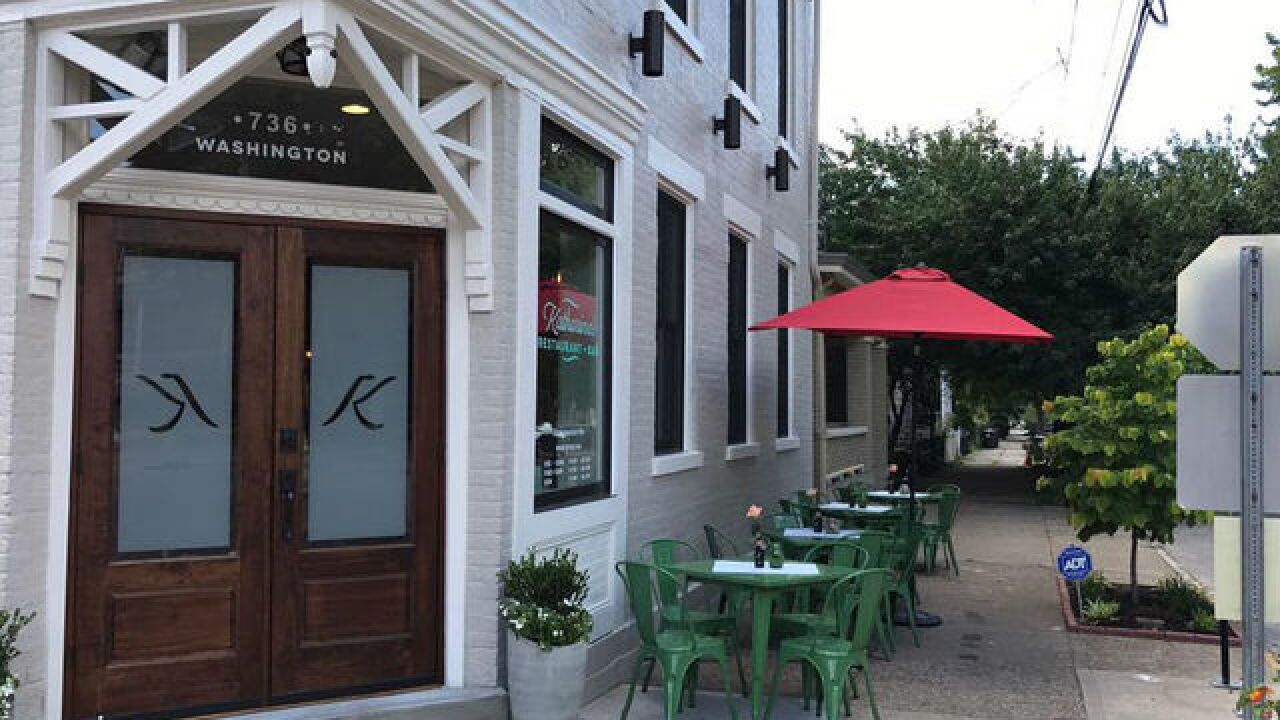 Copyright 2017 Scripps Media, Inc. All rights reserved. This material may not be published, broadcast, rewritten, or redistributed.
<p>Katharina’s Café Konditorei opened in July in a new location at Ninth Street and Washington in Newport after being closed for nearly a year. It's one of a spate of new and revitalized restaurants and bars contributing to the renewal of Covington and Newport. (Photo provided)</p>

NEWPORT, Ky. -- It's not Over-the-Rhine -- yet -- but the growth of restaurants and bars across the River Cities over the past year or two reflect that it is becoming its own kind of entertainment district.

City officials and businesses hope all the food and drink amenities will serve as a complement to downtown Cincinnati.

It's all about the experience and having places to gather with friends, said Jody Robinson of Bellevue.

"It's exciting to see this area explode with diverse food and drink options," she said. New restaurants and bars are "motivation for many of us to explore new areas."

Officials in Covington and Newport have slightly different takes on why the River Cities are suddenly becoming such a draw.

Newport City Manager Tom Fromme said the growth is purposeful and has been a part of the city's vision for a long time.

"We look at restaurants as a critical part of our economy," he said. "Residents and visitors both want those kinds of amenities."

Covington's Mayor Joe Meyer said the phenomenon of young adults wanting to move into urban areas is reversing urban flight of the 1960s and '70s. He said the city can make it happen faster by updating sidewalks and public areas to make it more attractive.

"I'm not going to say we caused it, but we're the beneficiaries of people wanting to be here," he said.

Even more important is that the local businesses support each other in ways such as setting up a pub crawl or eating at each other's places, said Elena Hambuch, owner of Katharina's Café Konditorei.

Eric Summe, president and CEO of the Northern Kentucky Convention and Visitors Bureau, said in an earlier interview that new hotels and the growing bourbon market add to the experience for visitors. He also credited the ARK Encounter attraction with boosting tourism across all three counties.

"(Amenities) are part of our selling point when we recruit businesses," Fromme said. "Workers can walk a block or two and have multiple choices to buy lunch or hang around for dinner."

Are more diners and drinkers coming from other places, such as the other side of the river? Restaurant and bar owners generally think they are.

Hambuch said her new Washington Street location that opened in July is four times the size of her East Row space that closed last year after the building was sold.

Her renovated historic space is one block from Monmouth, the main drag in town, and easier to find. Plus, she said, customers who were frustrated from waiting in line can be seated more quickly.

Her clientele are mainly Newport residents, but Cincinnatians come, too, and customers have also come from Lexington and Indiana.

"The same core crowd is here, but we have a lot more new faces," she said.

Fromme also gives Cincinnati credit for some of the changes on the Kentucky side of the river.